Dell Concept Ori may not be unique, with foldable gadgets seemingly the new trend for 2020. But with Dell’s unrivalled pedigree for producing laptops, you can’t bet against Ori being one of the standout options if it ever advances from a concept to an official product

What is Dell Concept Ori?

The Dell Concept Ori is a new prototype device following the trend of foldable PCs.

Stretched out flat, Concept Ori looks like nothing more than a 13-inch tablet, but once you bend the screen it becomes something revolutionary. This foldable device is capable of showing two displays at once, offering incredible versatility.

Dell did emphasise Ori is just a concept device, so there’s no guarantee it will become available to the public in the future. But with rival companies including Microsoft, Lenovo and Intel all launching their own take on this technology, I’d wager it’s a strong possibility Ori will see an official release. 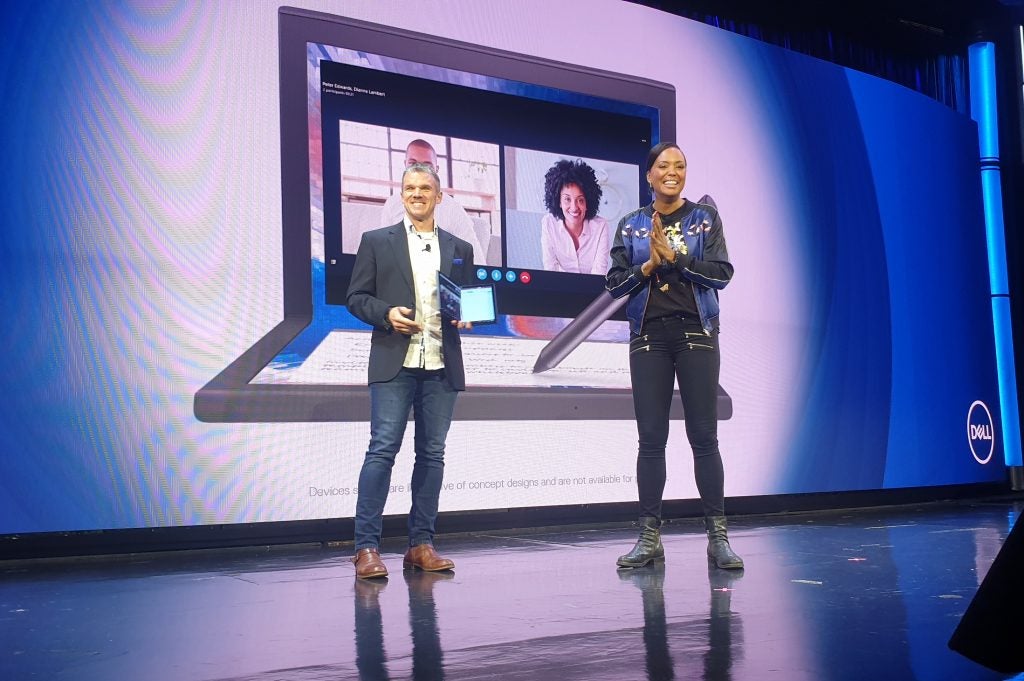 Dell Concept Ori price – How much will it cost?

Dell Concept Ori is just a concept device right now, so there’s no price details for this product.

Lenovo is launching a very similar device called the Lenovo ThinkPad X1 Fold, which will retail for $2499. If Ori becomes available, expect a similarly sky-high price.

Dell Concept Ori release date – When will it be available?

If Ori does eventually launch, don’t expect it to be anytime soon. Q4 2020 is probably the very earliest we can expect Ori to release, and that’s despite Lenovo’s ThinkPad X1 Fold aiming for a mid-2020 window. 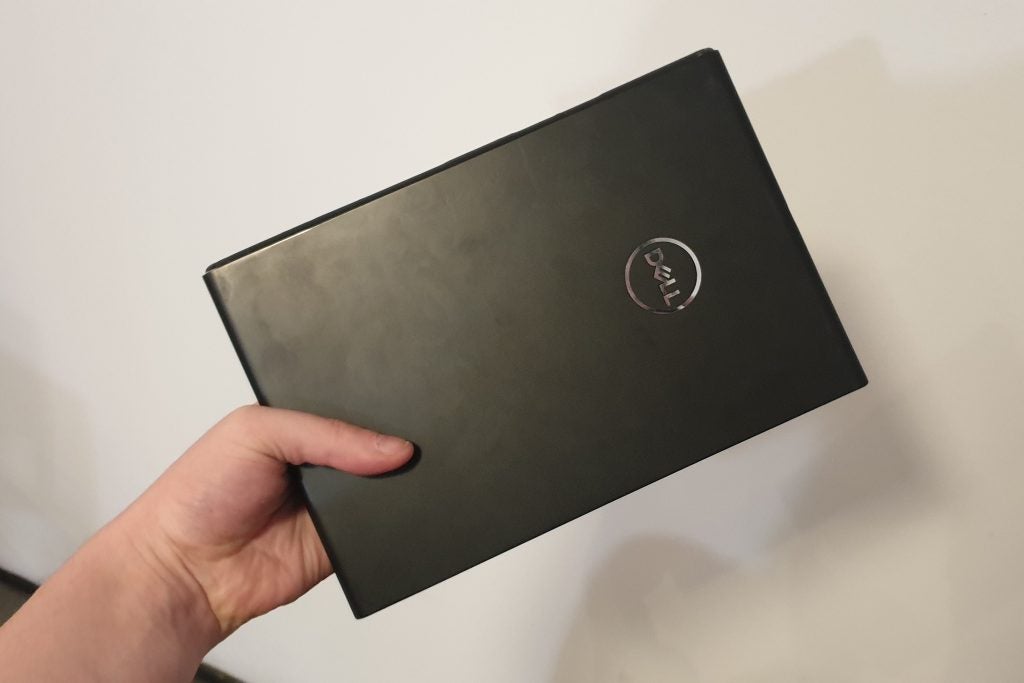 When Dell invited me over to New York prior to CES 2020 to try out all of the company’s upcoming gadgets, there was one product in particular the Dell team were very excited to show me: Concept Ori.

At first, Ori just seemed to be a regular 13-inch tablet, but then I bent it. Despite what previous experiences with tablets and smartphones have taught me, Concept Ori’s screen didn’t crack or crease from such an action, instead transforming it into an entirely new device.

Bending up at 90-degree angle, Concept Ori suddenly looked like a traditional clamshell laptop, but with a second display located where you’d normally find the keyboard. Now I could display two different web pages simultaneously – the idea of watching Netflix while typing up reviews immediately became alluring. 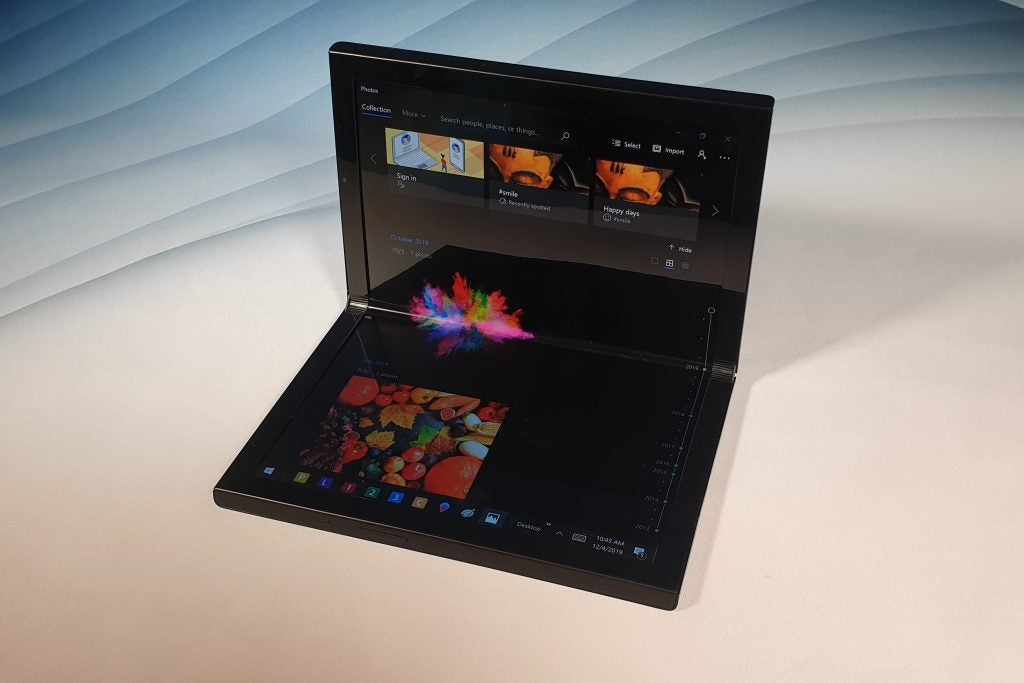 The marvellous thing about Ori is there are lots and lots of ways to use it. I could turn it around like a book, search for an image on the left display, and then attempt to sketch it out on the right. Or you could sit it upright and use it like a laptop with a touchscreen keyboard. And of course, I could fold it down flat and allow my favourite Netflix show to fill up the entire 13-inch display.

And when you’re done with it, you can fold it closed like a book, stuff the compact device in your bag, and be on your way. It’s this fantastic portability that separates Ori from the likes of laptops and large tablets, although to call it pocketable would be a stretch for my jeans.

A Dell representative explained Ori is short for Origami, and it’s a very apt name. Not only does it convey the whole foldable screen concept, but also alludes to the device’s versatility – you can bend it into many different forms for various uses. 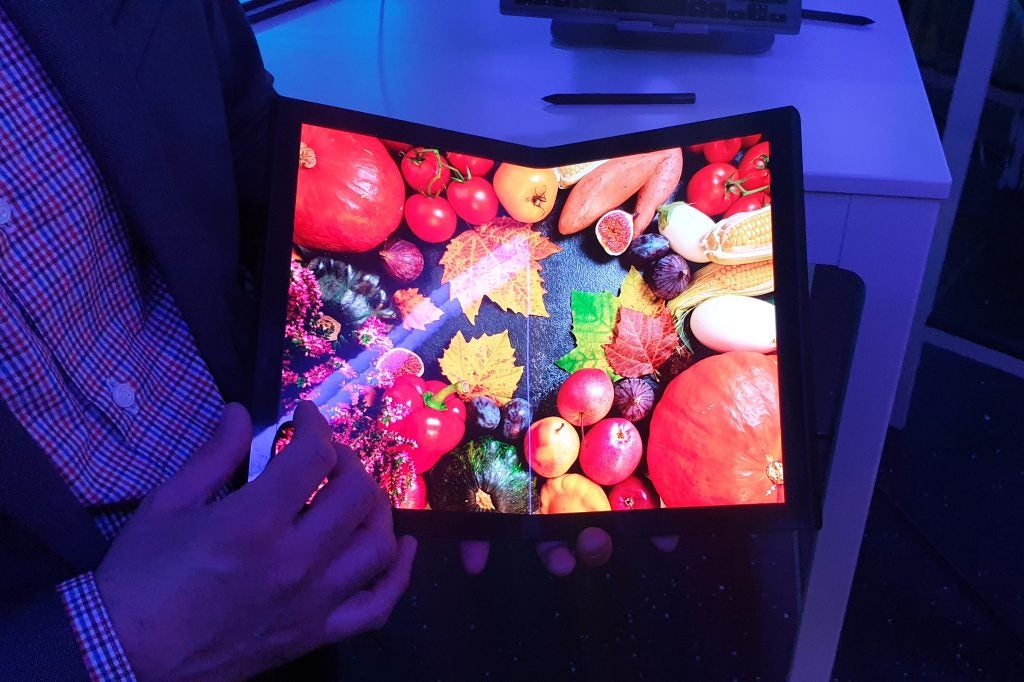 I do have reservations with the technology, as Windows 10 often seemed overwhelmed with the multiple form factors I was switching between. I certainly wouldn’t call the transition from tablet to laptop mode seamless, as the operating system would usually either falter or outright refuse to react to my folding.

To be fair to Dell though, this is just a concept device, and it’s a long, long way to go until release. These niggles are to be expected, and Microsoft is likely to optimise Windows 10 for foldable devices in the near future since there’s going to be such an influx of bendy computers throughout 2020.

Other companies have previously encountered issues with foldable screen technology such as Samsung with the Galaxy Fold, which proved to be very fragile and even saw crease marks. Dell’s Ori showed no such issue during my hands-on time, but whether that will remain to be true after extended use remains to be seen. 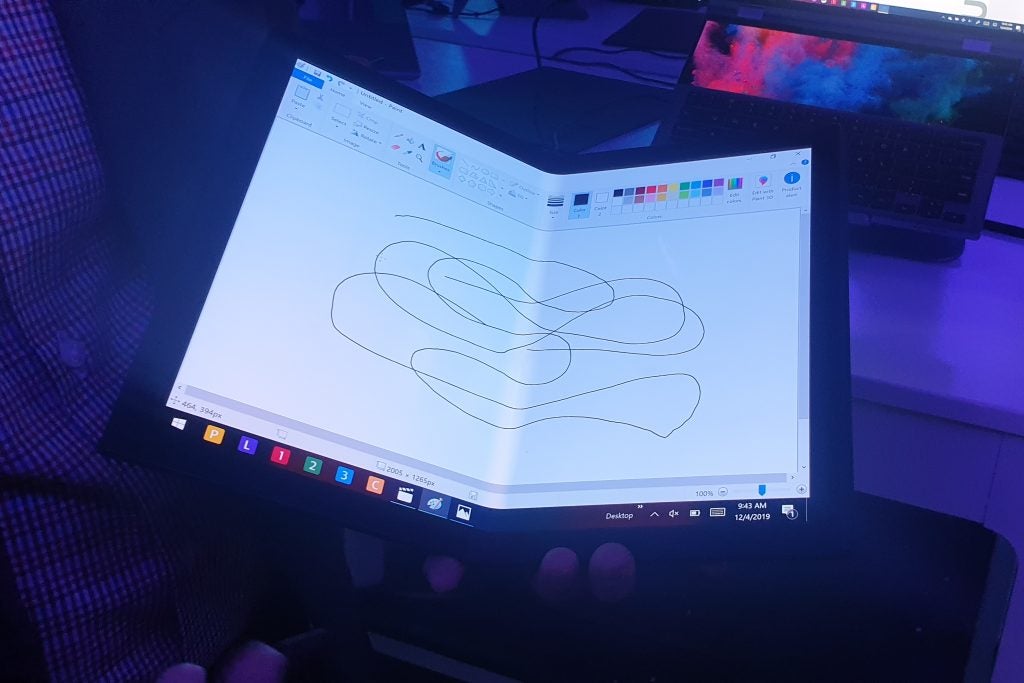 What kind of specs will Ori have? Dell was tight-lipped about this, with no word on the processor, RAM or storage. If comparable devices such as Lenovo’s ThinkPad X1 Fold and Microsoft’s Surface Neo are anything to go by though, Ori is likely to use Intel’s hybrid technology processor which would see the device’s performance power somewhere between a tablet and a notebook.

What I can tell is Ori’s port offering, with the current prototype flaunting two USB-C ports and a headphone jack. A bundled stylus also lets you doodle on the display, allowing you to use Ori as your own digital sketchpad.

Should you buy Dell Concept Ori?

Unfortunately, you can’t buy Dell Concept Ori – at least not yet. This is only a concept device and may not be released to the public.

If the device was to launch, I’m concerned that – just like origami – the novelty of folding Ori will be it’s greatest appeal. Dell’s foldable concept clearly has a lot of versatility, but I can’t think of many scenarios where I’ll get a lot of use out of dual touchscreen displays.

Hopefully I’m just lacking imagination, and the foldable form factor will find a place alongside tablets and ultrabooks.

At the very least, Dell has to be congratulated for pushing the envelope. While laptop refreshes are always welcome, seeing an entirely new concept device is far more exciting, ensuring Dell’s Concept Ori as one of my most anticipated gadgets of 2020. Here’s hoping it actually sees the light of day.

Dell Concept Ori may not be unique, with foldable gadgets seemingly the new trend for 2020. But with Dell’s unrivalled pedigree for producing laptops, you can’t bet against Ori being one of the standout options if it ever advances from concept to an official product