Dell’s C1760nw is one of the least expensive colour LED printers on the market, at a penny under £100 from some sources. This puts it well into the colour inkjet market, while offering the permanent and crisp letter formation a toner-based printer ensures. Unlike most of its rivals, though, it’s a very compact machine. 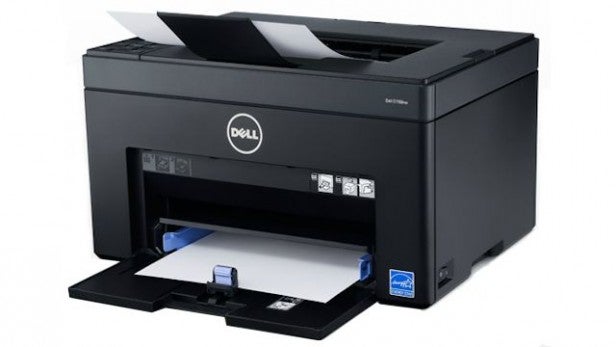 Completely black, as you’d expect from Dell, the case is more typical of a mono laser printer. An indent in the top panel catches printed pages, with the aid of a fold-over extension/paper stop, which sticks out quite a way from the front of the printer.

No further, though, than the paper feed tray, which folds down from the front panel. With most printers using this arrangement, you risk getting dust and spills on your paper if you leave it in the printer, but the Dell has a useful, pull-out cover to the tray, to prevent this.

A 2-line, 16-character, backlit LCD display provides feedback and status messages and a set of seven buttons provides all you need to control the machine. 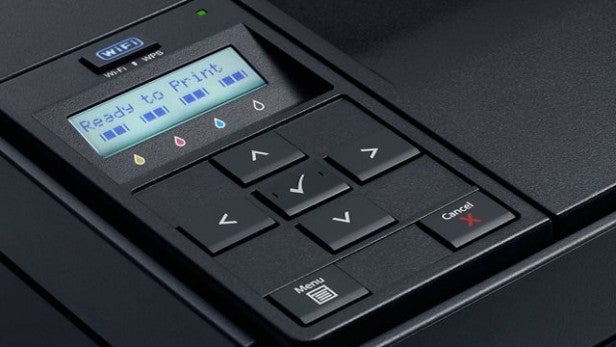 An LED printer uses a strip of high-intensity LEDs in place of a laser beam, to mark out the image of a page on the printer’s photoconductive drum. It has the advantage of having no moving parts, unlike the laser printer’s mirrors, and in this incarnation, the drum and fuser unit are lifetime parts and will never need replacement.

The machine can be connected via USB or 10/100 Ethernet network, but also has wireless support, which gives the greatest scope. Using a Wi-Fi link, you can connect not just to PCs or Macs on a wireless network, but also to Android or iOS devices.

The C1760nw requires four toner cartridges, which clip in easily behind the right-hand side panel. They’re available in standard or high-capacity versions, but for cost reasons, you’d be well advised to go for the high-capacity ones. More on this, later.

Dell claims speeds of 15ppm for mono
print and 12ppm for colour from the C1760nw though our 5-page document tests printed at
6.5ppm and 5.2ppm, respectively. This is
mainly due to the long processing time before the start of print, up to
24s in one case.

This isn’t a quick printer and is beaten by some
inkjets – traditionally seen as slower technology. For example, the
Brother DCP-J4120DW managed 7.7ppm and 6.5ppm on the same tests and is a
three-in-one device at a very similar price.

The Dell machine
managed a top mono speed of 9.5ppm on the longer 20-page document, where
processing time is a small proportion of the total, and took around 35s
for both a photo quality 15 x 10cm print from a PC and a larger image
from a Samsung Galaxy S3 smartphone, at normal quality. 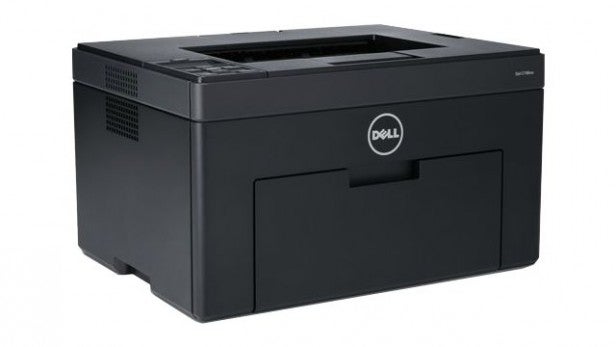 Print
quality is very good for text, where the 600dpi resolution gives sharp
smooth characters and no signs of jaggies or toner spatter. Colour
graphics are also bright and smooth, with vibrant colour fills and well-registered text
overlay.

Photo prints are only fair,
though, with quite a loss of detail in darker areas and a noticeable
yellow cast to some lighter hues.

The main problem with the
C1760nw is the cost of its cartridges. If you buy genuine Dell (and we
always calculate running costs using manufacturers’ consumables) you’ll
be paying £186 for four of the same 700-page units supplied with the
machine, or £222 for high-capacity ones.

So even the standard
units cost nearly twice as much as a new printer. Dell, presumably
justifies this by the low cost of the machine itself, but surely they’re
pushing their customers straight into the arms of compatible toner
suppliers. 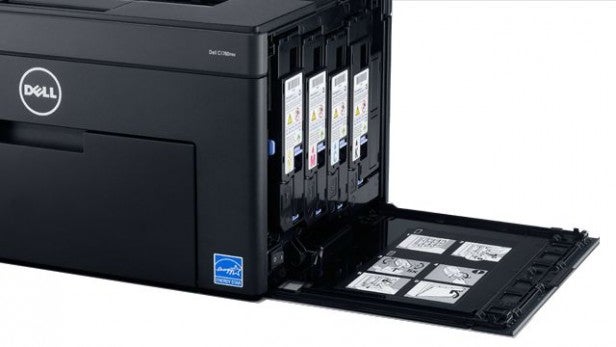 While
the novelty of buying a colour LED printer at this price may be
appealing, and print quality for both black text and business graphics
is very clean, you can get better value in a more flexible device from a
similarly-priced inkjet all-in-one. The Brother
DCP-J4120DW is just one example, offering scanning, copying and
A3 printing, as well as touchscreen control and duplex print.

It’s never a good policy to have a printer that’s cheaper to buy than a
set of its consumables – why not just buy a new printer? Other than
this, there are some nice design features to the machine, though it’s
not particularly quick and photo prints can show a slightly yellowed
look.