Dell’s neat mono laser MFP, the B1165nfw, is targeted at the SOHO market, to cover print, scan, copy and fax functions and to print through USB, network or wireless connections. In Dell’s trademark black case – though to be honest, it’s a lot of other makers’ trademarks, too – the printer is small and neat.

It’s not quite so neat when you open the front of the case, which you have to do to feed paper. The front cover becomes the feed tray and there’s no separate multipurpose feed, nor tray cover. Leave the paper in there between jobs and you risk dust and spillages. Pages feed out to a two-stage, pull-out support further up the front panel. 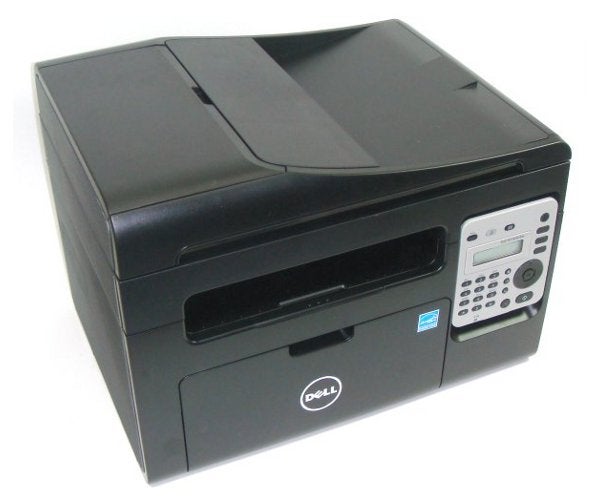 Above these trays is a flatbed scanner with a neat, fold-open Automatic Document Feeder (ADF), which can take up to 40 sheet originals.

The pull-out, light grey control panel is well laid out, with a 2-line, 16-character LCD display, a number pad for fax dialling and a circular navigation ring, above Start and Cancel buttons for copy and scan jobs. The LCD could really do with a backlight, as text can be hard to read, unless the panel is top-lit. 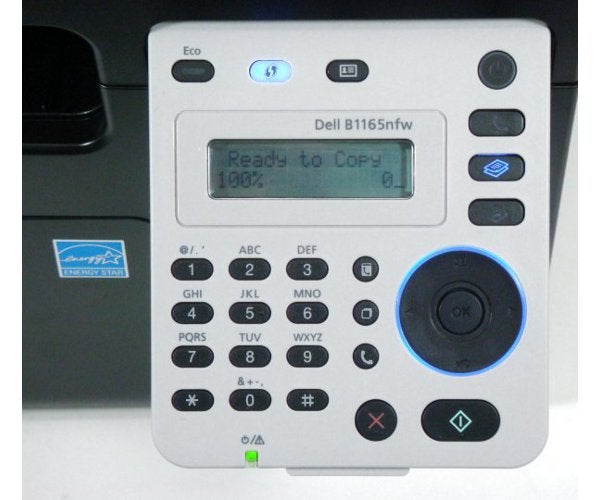 At the back are sockets for USB, 10/100 Ethernet, phone line and third-party handset, but there’s also wireless support with WPS setup, which is just a couple of button-presses. Running Dell’s free Android print app picked up the new printer immediately, making mobile print straightforward.

Software support is good, with a full copy of Nuance PaperPort 14 to manage documents and handle scans and OCR.

Dell rates the B1165nfw at 20ppm,
but on our five-page documents, we saw no more than 11.5ppm. This was
true of the normal print mode job, the toner save one and the text and
graphics pages. The 20-page test produced 15.4ppm, which was the top
speed we saw from the machine. 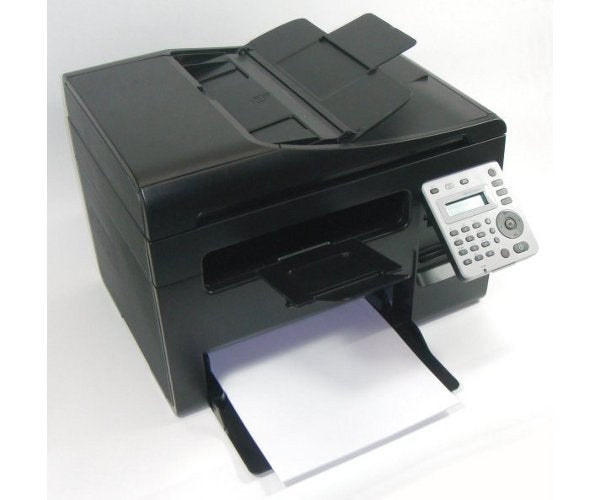 This
is a healthy performance for what is a modestly priced MFP and copies
were also relatively quick, with 13s for a single page from the flatbed
and 27s for five pages via the ADF. A 15 x 10cm photo on A4 took a
speedy 18s, though it was a good deal slower using Dell’s Android app,
which completed the task in 1:47.

Print
quality is generally pretty good. Text from the 600dpi print engine is
precise and clean, though possibly a little light. Greyscales show few
signs of blotchiness, though there isn’t a particularly wide range of
shades, meaning colours in an original can come out looking very similar
in grey.

Our photographic print came out better than many we see
from mono laser engines, with smooth transitions and even some shadow
details often lost in this type of print. Photocopies with any greyscale
fills look very blotchy, though. 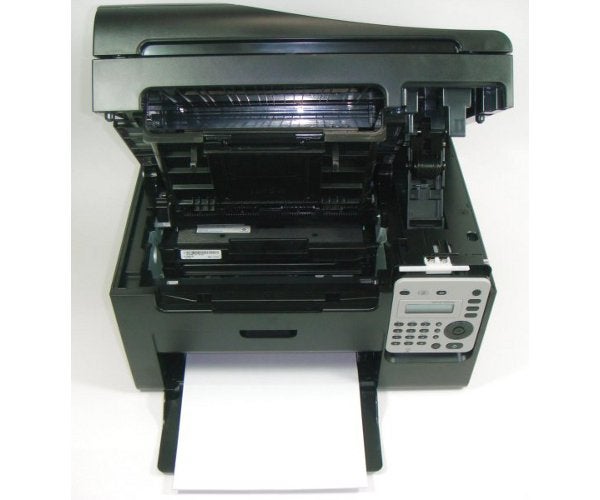 The
combined drum and toner cartridge is only available in one capacity:
1,500 pages. There is little variation in price, whether you buy direct
from Dell or from a third party and you’re looking at a page cost of
4.2p, including 0.7p for paper. This is quite pricy, compared with other
machines in this price bracket and is becoming something of a Dell
trait.

The main problem
with the Dell B1165nfw is the
Samsung SCX-3405FW, which is virtually the same machine, though
without the network connection. It does, however, have a marginally
lower asking price and considerably lower running costs. We calculated
the Samsung page cost at 3.5p, while the Dell B1165nfw comes out at
4.2p, 20 percent higher.

Otherwise most things are equivalent
between the two machines, including their comparatively slow Wireless
Direct print speeds – from a Galaxy Mini Android phone. They’re both
good value, though, against equivalent mono laser multifunctions in the
same price bracket.

Although we are a bit
concerned with the running costs of this machine, Dell’s B1164nfw is a
versatile MFP for small and home office, covering all the business
essentials and producing good quality print, reasonably quickly. Shame
there’s no cover for its paper tray, though, which may mean you need to
close it up between print jobs.