The Dell 4350 is a single-chip DLP projector designed predominantly for data applications. However, it was also pitched as having genuine movie-watching credentials. Key features of the £1,099 unit include a super-high claimed brightness of 4,000 lumens, a Full HD resolution, two HDMI ports, support for a wireless video dongle, and powered USB ports. These connections support the MHL mobile device protocol, as well as popular streaming dongles such as Chromecast and Amazon Fire.

The 4350 is quite distinctive by modern design standards, thanks to the angular simplicity of its chassis and the combination of a matte-black finish with a silver trim. Whether you find the 4350’s look dated or retro cool is a matter of personal taste. I just about fall into the latter camp, if only because it reminds me of my old Xbox 360. 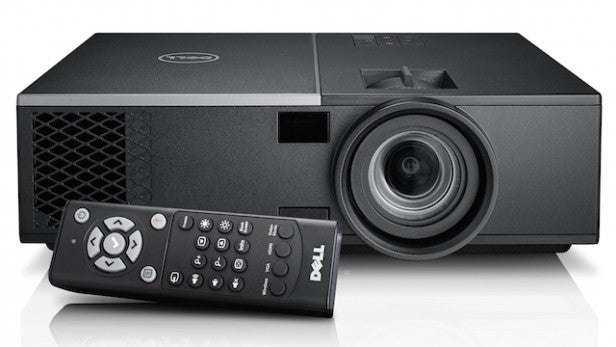 Connections on the 4350’s rear are numerous, and include an HDMI port, a D-SUB PC port, a LAN port for adding the projector to a home-automation network, 3.5mm audio inputs and outputs, a PC output, a powered USB port, and an RS 232 port – again, handy for integrating the 4350 into a separate control network.

This isn’t your lot when it comes to connections, however. Removing a single screw down the projector’s left side lets you pull away half of the projector’s top cover to reveal a “hidden” compartment holding second HDMI and USB inputs.

Such as setup allows you to leave features such as wireless HDMI systems or wireless USB dongles permanently fitted, rather than have them protruding out of the projector’s rear. Handy if you’re likely to be moving the projector round a lot.

The HDMIs are built to the v1.4a spec – to back up the projector’s support for active 3D playback as well as Full HD video. The one at the rear also supporting the MHL mobile phone protocol, so you can easily play items stored on your mobile devices on the big screen.

In fact, the variety of sources to which the 4350 can connect to – tablets, mobile phones, PCs, wireless video-streaming devices – is one of the projector’s biggest attractions.

Rather less inspiring is a claimed contrast ratio of 2,200:1. This, in conjunction with the claims of super-high brightness doesn’t raise hopes of great video picture quality – although it could certainly lead to impressive-looking presentations.

There are signs, however, that the 4350 takes its potential film duties seriously. Its 1,920 x 1,080 resolution matches the 16:9 aspect ratio of Full HD video, where other data projectors in this market prefer a more “PC-friendly” 16:10 ratio.

The Dell 4350 also defaults to the MovieMode picture setting when you play a Blu-ray into its HDMI port, and it has just about enough colour and gamma management to support a film-friendly calibration. Plus, as noted before, it supports 3D video playback – although there were no Dell glasses supplied, so I couldn’t test this aspect of its performance.

When it comes to physical setup aids, the Dell 4350 is limited. There’s no vertical or horizontal image shifting, and the only help you get for angling the image onto your screen is a simple dropdown leg under the projector’s front edge.

This means you’ll almost certainly have to rely on the 4350’s keystone-correction facilities to get the edges of pictures straight, even though this denies you the possibility of enjoying true pixel for pixel image fidelity when playing HD sources. 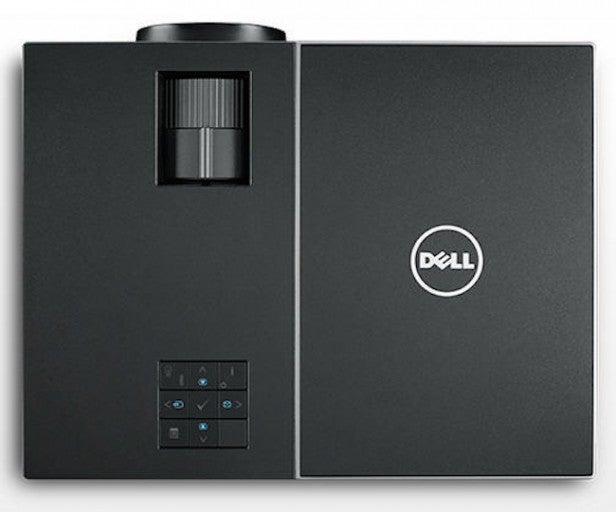 The 4350 fares better when it comes to picture calibration aids, offering a degree of colour management and gamma control, as well as a trio of lamp output modes that include a dynamic one that adjusts the light output according to the content of the image being shown. This lamp mode further suggests that the 4350 has designs on being a “film” as well as “data” projector.

However, it doesn’t take long to figure out that it isn’t worth spending much time tinkering with the 4350’s pictures. Its default settings do a decent job out of the box with data presentations, while many of the setup aids don’t actually make much difference when watching video.