Just like England winning the Ashes, Chelsea conceding a goal or Wayne Rooney getting booked without stretching the bounds of the Oxford English Dictionary, occasionally something comes along that astounds and surprises us. I’m not talking incredible technological advances and innovations here – like being able to make phone calls over the internet for free, or being able to store your entire music collection in your pocket. I’m talking PC World selling something at a price you can’t better by shopping online, a warranty on a PC that actually turns out to be worth the paper its written on, or in this case a small, compact, lightweight projector with halfway decent picture quality … that you can buy from Dell. 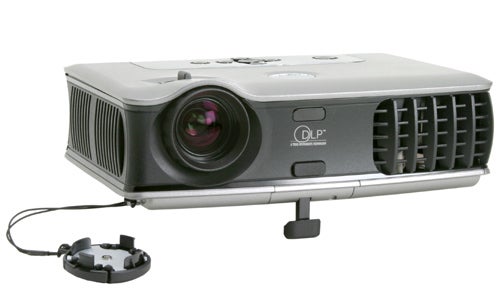 Don’t get me wrong, I’ve nothing against Dell as a company – it makes pretty good PCs and great laptops at pretty good prices, but I’m as sceptical as the next man when it comes to a specialist company putting its labels on completely different products. It’s a bit like Heinz suddenly deciding that beans aren’t good enough and that it’s going to start selling washing up liquid. You don’t expect the results to be that great – or the dishes to come completely clean. 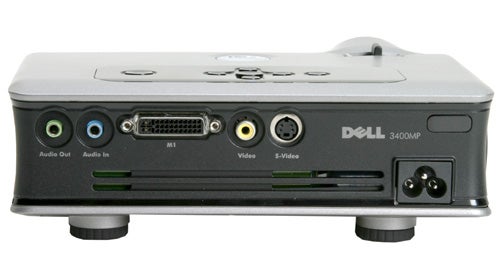 Dell’s rather cute-looking 3400MP, however, completely trumps the formbook. First off, this is one well-designed piece of kit. Finished in a rough matt dark silver grey plastic with a glossy black control panel and sexy blue LEDs, it wouldn’t look out of place in a sharply suited executive’s kit bag or an ultra-trendy modern living room.

It’s small, too. And though not quite as dinky as the smallest projector we’ve seen, the InFocus LP120, it’s hardly what you’d call unwieldy. Flipping open the swanky aluminium-effect foam briefcase that comes with it reveals a projector of truly tiny proportions. With its single tilt leg stowed away at the front, the 3400MP can quite comfortably be stored in a drawer or on a bookshelf at home. Stick it next to your collection of Harry Potter hardbacks or mount it on the ceiling and you’d hardly know it was there. It’s an unobtrusive alternative for big screen viewing at home.

But this is not really what the 3400MP is about. It’s a mobile business presentation first and foremost and at this it truly excels. First, it weighs just over a kilo (1.09kg) – a fraction heavier than InFocus’ LP120, which tips the scales at a mere 0.9kg, but it’s hardly enough to bother your laptop-and-accessories-carrying shoulder as you wander around doing the airport shopping. 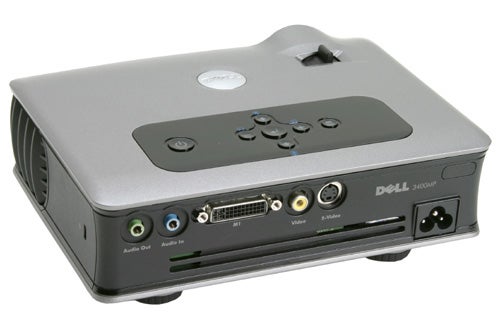 Second, and an area where the 3400MP springs another surprise, is its performance. Where the diminutive LP120 offers 1,000 ANSI lumens to go with its native resolution of 1,024 x 768, the diminutive Dell boasts 1,500 lumens of brightness with its 156w P-VIP bulb, making the InFocus seem positively dull in comparison. To illustrate the potential of the optics this (on paper) means the 3400MP is capable of projecting pictures up to 248in in diagonal – far larger than the LP120’s 137in.


In practical terms what this means is that even in a medium-sized boardrooms and meeting rooms there’s less likelihood of you having to dim the lights or draw the shutters so you can read those all-important slides. There’s also much consistent clarity brightness across the screen even at larger sizes and, as an additional benefit of a slightly larger lens, the 3400MP isn’t afflicted by the same optical problems the LP120 is either.


What’s not surprising is to find that behind the compact exterior is Texas Instruments’ ubiquitous DLP technology. Most compact projectors use it, including the InFocus LP120 because takes up a lot less space than equivalent LCD technology, but it does have the disadvantage that, as you sweep your eyes from one point on the screen to another, occasionally a slight red, green and blue shimmer is visible. 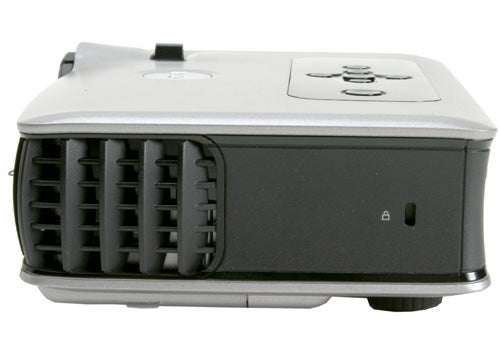 Again, though, the 3400MP turns up a trump card. Unlike many of its compact counterparts, the 3400MP not only offers a preset ‘video’ mode, it also provides “motion adaptive hardware de-interlacing”, which basically smoothes out digital TV and DVD video signals, reducing artefacts and improving picture quality.


And when a component video signal is passed through the M1-DA port (extended DVI) at the rear of the 3400MP the end results can only be described as stunning, with vibrant colours, sharp contrast and smooth and realistic action all in evidence. Watching the drum scene from House of Flying daggers through it was a joy.

And though the 3400MP isn’t well endowed on the connectivity front it does tick some pretty big boxes. There are both S-video and composite inputs (one up on the LP120’s solitary composite input). Component video input is offered via the extended DVI socket, or M1-DA as projector companies call it these days, which means the 3400MP is capable of supporting HDTV signals of up to 1080i resolution using the optional component video adaptor (£14.81 inc VAT). 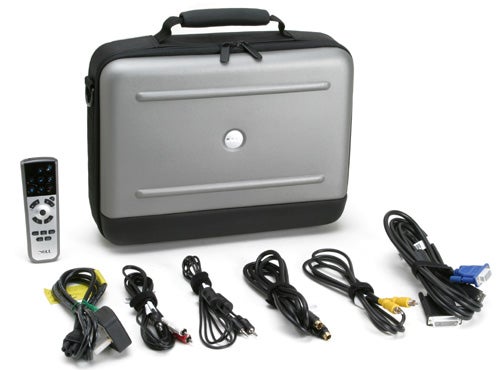 So what do you pay for all of these goodies? You might be justifiably expecting to pay a whopping great price premium. Good build quality, design and specifications after all don’t normally come cheap when they’re all combined together in one package. But here the asking price is rather less than you might expect. At just £1,056 and £234 for replacement bulb modules (both prices include VAT) the diddy Dell is something of a bargain. The cheapest price for the LP120 we could find at the time of writing was £1,292, the bulbs are more expensive, and don’t last as long either. 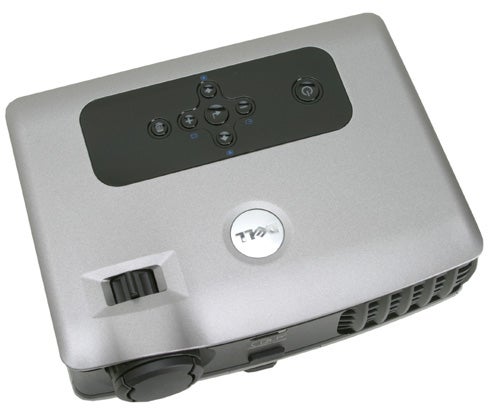 
In simple terms, Dell’s 3400MP does everything better than the best compact projector around without sacrificing too much in terms of weight and portability. In practical terms, what you get is a machine with better looks, better optics, a brighter picture, a nicer accessory pack complete with James Bond-style briefcase, plus bulbs that last longer and cost less. All of which makes for a very pleasant surprise and a perfect tool for watching reruns of that glorious Ashes victory…