Described by Dell as having ‘great performance for small business networks’, the 2330dn is a mid-range mono laser printer with a duplexer built-in. It’s fully networkable, though only through cabled Ethernet.


The printer has a surprisingly large footprint, as its width extends to either side of the A4 paper path by around 100mm. It’s very angular case mirrors that of Dell’s colour 2130cn, reviewed recently, being almost an exact squashed cube, apart from a small ledge around its top edge and a raised, triangular binnacle for its 2-line by 16-character LCD display. 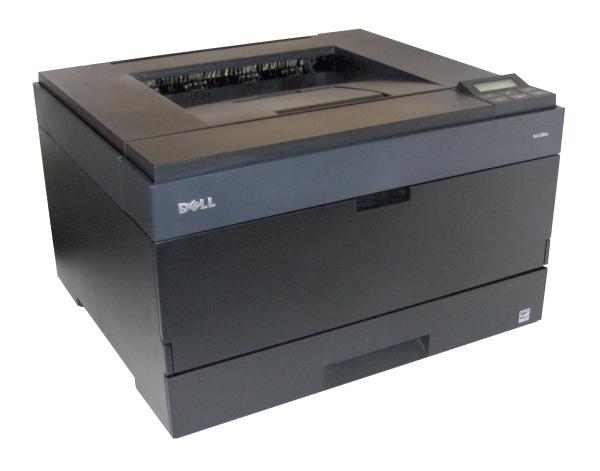 A 250-sheet paper tray slides out from the bottom of the front panel and there’s a 100-sheet multi-purpose tray on the inside of the front cover just above this. An optional second main tray, with a capacity of 550 sheets is available as an option, but if the main machine had had a 500-sheet tray to start with, there wouldn’t have been much need for this – but then nobody would buy the option.


There’s no USB socket on the front panel for connecting memory drives, which is a shame, as this is a useful walk-up feature. What you do get is the backlit LCD display and a simple block of six buttons for navigating menus and controlling print jobs. It’s all very functional and easy to use. At the back are sockets for USB, Ethernet and parallel, for legacy systems.


Physical setup is pretty straightforward, as the combined drum and toner cartridge comes pre-installed. This is particularly easy to fit, anyway, with the toner cartridge clipping into the back of the drum carrier. You should be able to change the toner at least five times before the 30,000-page drum needs replacing. 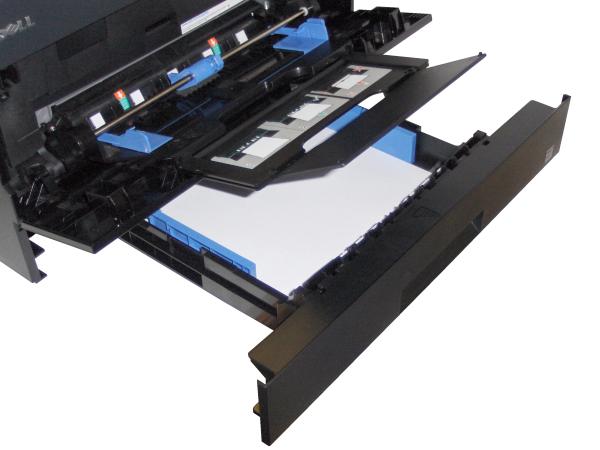 Software installation is also simple and there’s an unusually wide range of operating systems support available. As well as running with all versions of Windows from Windows 2000 and with both OS 9.0 and OS X for Mac users, there are drivers available for Red Hat 3.0, 4.0 and 5.0 and SuSE 10.x Linux. Solaris is also supported, as is the Citrix Metaframe.


The printer handles the PCL 6 page description language, but also provides Postscript Level 3, in emulation. It’s unusual to find a Postscript laser printer at this kind of price.

Dell claims a top print speed of 33ppm for the 2330dn, though that’s printing on US letter paper. You can normally take 1ppm or 2ppm off this for the longer A4 pages, but even at 30ppm, it would be a good speed for this class of laser.


If you’re now expecting us to write that the printer unfortunately got nowhere near this, you’ll be a bit surprised, as we were. While we didn’t make 30ppm, our 20-page text document did reach 25.5ppm by completing in just 47 seconds. On a very long print run you might be able to get close to the headline figure. This is very good for a small workgroup printer and subjectively the pages flow out quickly onto its top cover.


Our five-page text and graphics document, which is basically the same page printed five times and only therefore requires one rasterisation, took just 16 seconds, a speed of 18.8ppm, which is very speedy. 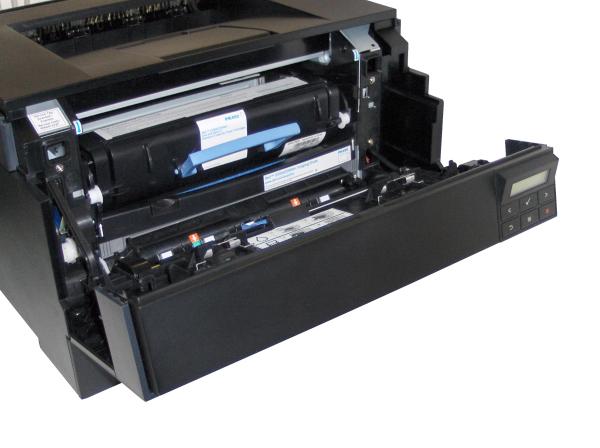 
Its standard print mode is 600dpi, but text still comes out looking very crisp and with almost letterpress definition. It would be fine for internal documentation or external reports for customers.


Greyscale graphics are also very good, with little sign of the banding so often found when mono printers try to print greys. There are enough greyscales to reproduce full-colour well for business graphics, though our photo print came through rather dark and lost nearly all its shadow detail to black. You could compensate for this, of course.


Like Lexmark, whom we suspect manufacturers this machine for Dell, you can buy straight toner cartridges or save around £15 each time, by opting for the Use and Return variant, which obliges you to return the cartridge at the end of its life. Saving money and the planet at once is a bit of a no-brainer, so we used the Use and Return cartridge prices and came up with a cost per page of 2.05p including 0.7p for paper.


This is low, even for a mono laser, and although there are other machines, such as the Kyocera Mita FS-1350DN, which beat it comfortably, most of them don’t offer the same print speed as the 2330dn.


Dell’s 2330dn is an excellent, mid-range, small-office printer, which produces excellent print at very reasonable cost and more quickly than most of its competitors. It doesn’t even take the kind of hit most of them see when printing duplex. It could do with a USB socket and a bigger paper tray as standard, but those are really the only niggles we have with the machine.