It’s not often you come across a printer that looks like a Borg Cube, but Dell has managed to get quite close with the 2130cn. It has much of the monumental disregard for streamlining of the hive-mind-generated original, though without the pipework. As an aside, we never really understood why a trans-warp-capable starship, not obviously powered by steam, should need quite so much pipework.


Outfitted entirely in black, with only a paper-out tray depression in the top surface and a raised, Toblerone-style display panel to disturb its cuboid lines, the 2130cn is a big black monolith. It has a backlit, 2-line by 16-character LCD display and there are seven buttons set into the top cover in front of it to control menu navigation and cancel a print job. 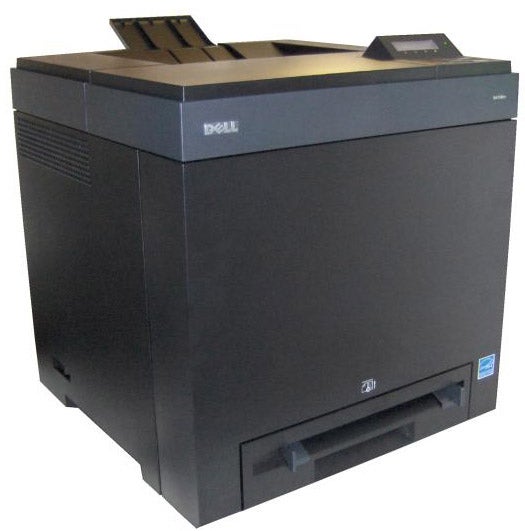 At the bottom of the front panel is a single, 250-sheet paper tray and, although there’s a small slot above the tray, it only takes one sheet of special-purpose paper or a single envelope. A second, 250-sheet tray is available as an option and fits underneath the printer. It’s already a tall device, though and with the extra paper tray fitted it wouldn’t be that convenient to use on a desktop. You’d be better with a specialist stand, closer to the ground.


There’s no duplexer as standard in this printer, either, though one is available as another option. There’s an ecological argument to be made for all new business printers to be fitted with duplex as standard, to save paper and the energy and trees used to produce it. And, even if you’re a cold hearted tree hater, simple efficiency and cost saving are just as powerful arguments, too.


At the back of the printer there are sockets for USB and Ethernet and Dell will also sell you a wireless adapter for the machine, though this is a USB dongle, plugging straight into the single socket. There’s no front panel socket for printing from USB drives, which would be a useful feature. 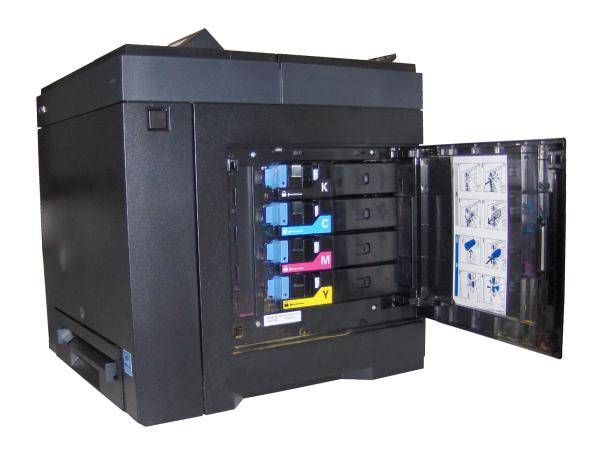 The machine’s internal design is unconventional, with the four toner cartridges held behind a door in the right-hand side of the machine and the drum unit fitted at the front, behind a fold-down front cover. This re-thought layout does mean you have to leave more room around the printer than with a more conventional design, but also makes replacing toner particularly easy.


Software installation is simple, as Dell only supplies a PCL 6 driver and only for Windows 2000 and above. There’s no direct support for Linux or even OS X – this is a PC printer, pure and simple.

Dell doesn’t make dramatic speed claims for the C2130cn, quoting 20ppm for black print and 16ppm for colour. Even so, we didn’t get close to these speeds during our tests. Our five-page black text document, printed with the printer warm from a previous print, still took 32 seconds, which is 9.38ppm, less than half of the claimed speed. On a 20-page document, this increased to 13.63ppm, but this is still less than two thirds of the claimed speed.


The printer claims it is ‘calibrating’, though we suspect this is a euphemism for warming up, before starting to print, and this process can take up to 20 seconds. Printing a five-page black text and colour graphics document took 29 seconds, a speed of 10.34ppm, slightly quicker because of the reduced rasterisation time.


We finished our tests with a 15 x 10cm colour photo, which took 19 seconds and produces a reasonable image, with fairly accurate colours and some shadow detail, though also some slight micro-banding in areas of sky. Not bad for a photo print from a laser, though. 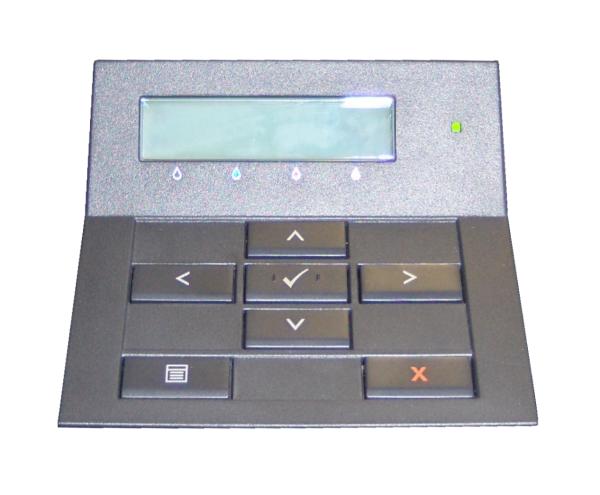 The quality of other prints is satisfactory, too, with bright areas of solid colour in business graphics, though less than perfect registration of black text over the top. Text itself is clean and sharp; exactly what is needed in a good business printer.


In addition to the toner cartridges, which are available in two capacities of 1,000 and 2,500 pages, the drum unit will need replacing every 24,000 pages. Dell makes very little mention of this in either the specification on its site or in the consumables price list and tries to claim it as a spare. Since you’ll need to replace it after only 10 sets of the high-yield cartridges, it should be more forthright.


Working through the calculations gives a cost for an ISO black page of 3.4p and for an ISO colour page this rises to 11.5p. These costs are very reasonable for a colour laser printer in this price range, though we have seen lower black print costs from some of its competitors.


Since the 2130cn uses the same print engine as Lexmark’s C543dn it produces very similar results. Print quality is on a par, page costs are within a fraction of a penny and even the asking price is within £40. However, the Lexmark machine has a duplexer fitted as standard and this is where we feel the Dell cube is let down. Resistance, in this case, might not be futile.