The concept of the personal laser printer has been around for many years. The models that have fitted the bill haven’t changed that much in overall design, either; a small box feeding paper from a modest paper tray, through a simple laser print engine, to arrive on top of the machine. That’s it. 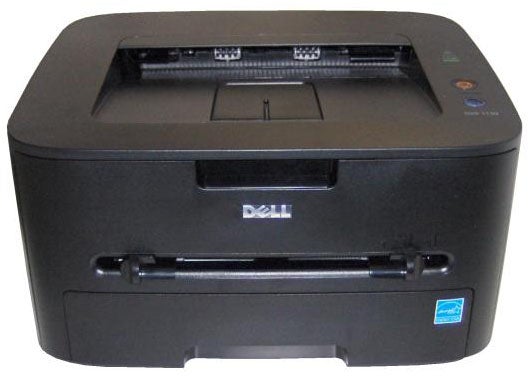 The main advances have been speed, which has risen, and cost, which has dropped. The Dell 1130 laser is a neat little machine, fulfilling this spec well. It has a 250-sheet paper tray at the bottom of its front panel, with a single-sheet multi-purpose slot positioned just above and feeds pages to an indentation in its top cover, in the traditional way. There’s a flip-up paper support which lifts pages to a jaunty angle, but in many cases you can leave this folded shut.


Controls set into the top surface could hardly be simpler, with an illuminated power button, another for stopping printing jobs and two indicators, for data and error conditions.


The printer manages to look smaller than it actually is by having a well-designed rear bulge, covering the back end of the paper tray and housing the machine’s power supply. From most angles at the front of the desk this bulge isn’t visible, leaving the printer looking unusually petite. 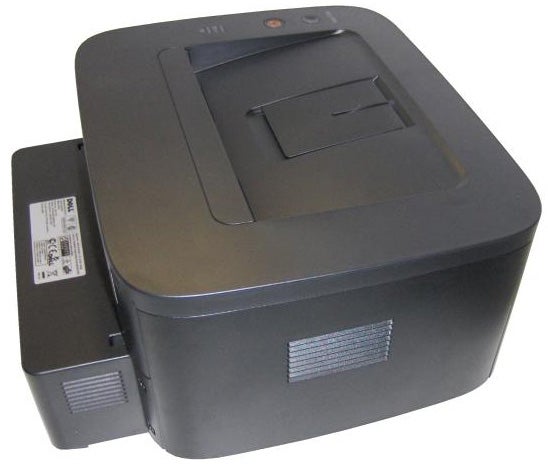 The only data connection is a USB socket, though if you need network connectivity, the 1130n can provide this for £140, which seems quite a step up from the price of this model.


The single-piece drum and toner cartridge slots in from the front, once you’ve folded down the front cover. It’s the work of seconds to slot in a replacement. Software is pretty minimal, with a toner management utility more to the benefit of Dell than the customer. Drivers, however, are provided for Windows and various Linux builds. Unusually, and perhaps the start of a trend, Dell also provides a driver for OS X from version 10.3 upwards.

Dell rates the 1130 at up to 18ppm and under test we saw a top speed of just over 13ppm. That’s just less than three quarters of the rated speed and was from a 20-page text document, which took 1:32 to complete. A shorter five-page document completed in 29s, a speed of 13.04ppm, and a five-page text and business graphics test took 25s.


It’s unusual for the text and graphics document to come through faster than the straight text one, because of the longer time it takes to rasterise graphics. However, this printer uses the computer it’s connected to perform rasterisation and the text and graphics document is five copies of a single page image, so there’s less rasterisation, overall. The final test piece is a 15 x 10cm photo image and printing this on an A4 sheet took 21s, which is well above average for a sub-£100 printer. 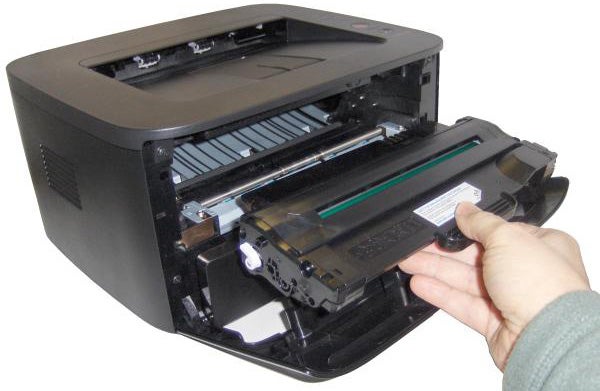 The print quality is very good. The printer has a resolution of 600dpi and this is more than enough to produce clean text, with no sign of jaggies or toner spatter. Whether you’re using this printer at home or in a small office, you should be more than happy with the quality of text print from the 1130.


Greyscale graphics are also good, with little of the banding or patchiness that we often see from entry-level machines. Some greyscales are a little too close together, so that different shades in an original appear to have very similar tones when printed out, but in general the results are more than acceptable.


Our photo print showed an obvious dot pattern and lost much of its detail in areas of shadow, but in general-purpose office use, photo print isn’t a major consideration.


The drum and toner cartridge is available in two capacities of 1,500 and 2,500 pages and neither is particularly cheap. The higher-yield consumable still gives better running costs, though, and at a price of just under £75, produces a cost per page of 4.30p, including 0.7p for paper. This is high, even for an entry-level machine. 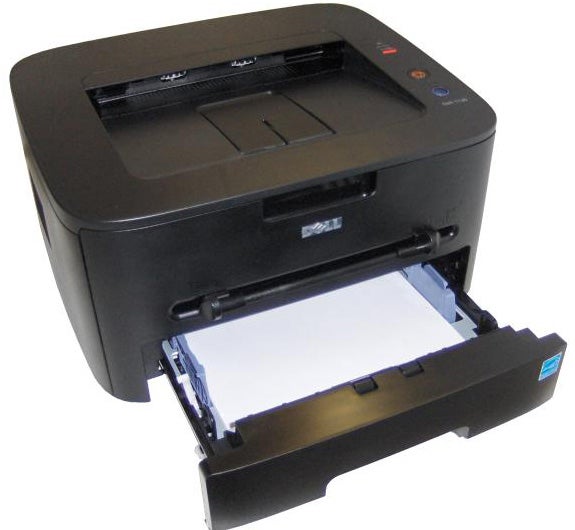 You should also be aware that the Dell 1130 is very similar to the Samsung ML-1915 and as we know Dell specifies but doesn’t manufacture its printers, it’s reasonable to assume that the 1130 is a Samsung machine under the skin. The ML-1915 is currently around £20 cheaper online than the Dell machine and its print costs, using Samsung cartridges, come out around 1.5p per page cheaper. It also includes a useful single-click screen print and an enhanced resolution of 600 x 1,200dpi.


If it’s company policy to buy Dell, you get a very worthwhile personal mono laser in the 1130, one which prints at good speed, produces quality prints and has a small, neat footprint on the desk. It’s versatile in the platforms it will work with and very easy to maintain, given its single, all-in-one consumable. A good, solid choice.