Available to download on Xbox Live Arcade
Deadlight comes almost depressingly close to greatness. It’s a zombie game, a retro-looking 2D platformer and a self-conscious homage to half-forgotten classics such as Flashback and Another World, yet it’s also more than these thanks to a brilliant aesthetic, a gripping story and some genuinely smart gameplay ideas. Unfortunately, while you can hardly say it squanders its potential, it doesn’t quite achieve it. As we said, almost depressingly close, but not quite close enough. 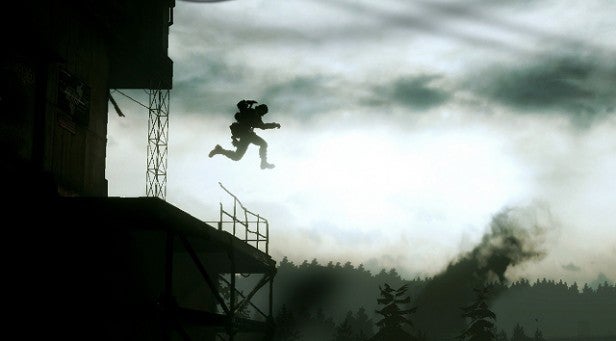 It’s the style that hits you first. Deadlight is a 2D platformer, but its cinematic presentation makes it closer to Prince of Persia, Flashback and Another World than Super Mario Bros, and it’s incredibly well executed. The world is a Walking Dead graphic novel-grade affair full of rusty browns and fading greys.

Figures are rendered almost in silhouette, while cut-scenes are rendered as punchy semi-animated comic-book panels. Your hero, Randall Wayne, looks like he’s been rotoscoped, just like they did in the good old days. You can’t say that his running and jumping acrobatics are exactly realistic, but they’re believable, and he comes across as a tired, hungry, desperate human being rather than a super hero. With his gritty, pessimistic tones and haggard look, you can’t help but will him to survive. 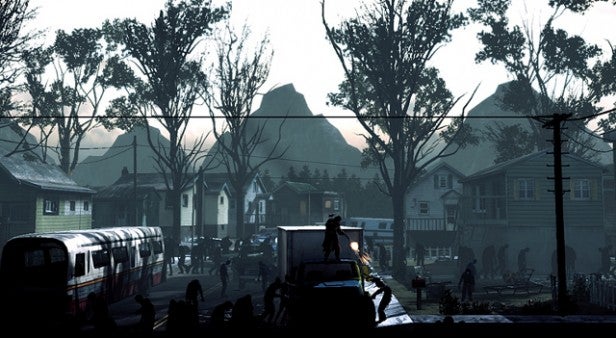 Don’t Stop to Shoot
Of course, as Deadlight takes place in a post-apocalyptic world overrun with zombies and being wrecked further by an over-zealous military force, this might be a tall order. Deadlight’s best party trick is making you race from left to right, not simply to hit the exit, but because if you don’t you’ll be swarmed and munched by a mob of shambling corpses. At its most exciting, the game is tense, nerve-wracking and unforgiving, forcing you to run, jump and think your way past every obstacle, and do it fast. 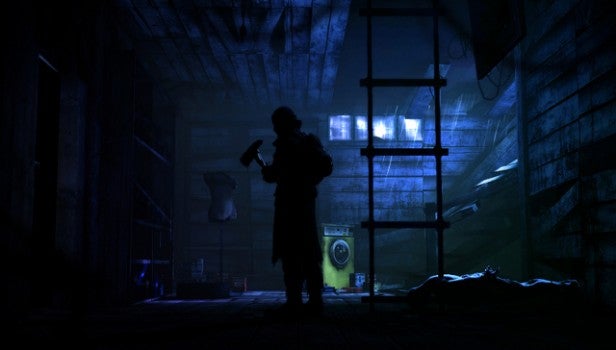 And while Deadlight doesn’t go big on the physics-based puzzles of some other 2D platformers, there’s still more to it than just running and jumping. Using levers, raising cars and the sound of your voice you can trick zombie pursuers into makeshift traps, or lure them into a space where you can easily evade them.

Furniture can sometimes be moved to block or open doorways, while those good old crates lurking around often need to be shifted to allow you to clamber over fences or reach higher ground. Combat is possible but inadvisable. Using your main melee weapon – an axe – leaves you vulnerable to mass attacks, while handgun and shotgun ammo is terrifyingly scarce. It’s often better just to run. Deadlight can be a smart and atmospheric little game.

Deadlight is also a game with an interesting world, with some nice twists and turns in the plot and a fabulous gritty feel. It’s not quite as dark or hard-edged as The Road – the film or the original Cormac McCarthy novel, but you can see that both have been an inspiration, as has The Walking Dead (both the comic-book and series). It’s action-packed, with some sterling breathless chase sequences, but clever enough to give time for you to breathe and for the tension to build all over again. 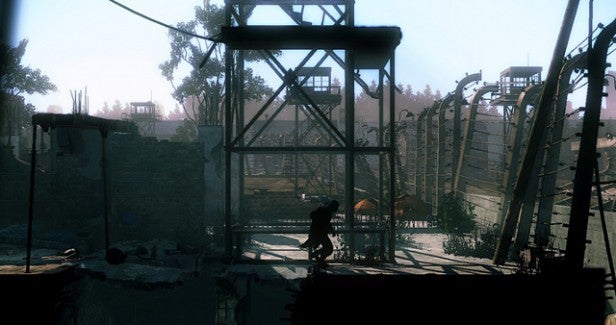 Brain Dead
Unfortunately, there are long stretches and clusters of isolated moments where it simply doesn’t work as well as it should. At first, the reliance on trial and error gameplay – on dying horribly through a lack of close attention then working out how to fix your mistake – isn’t a problem; Deadlight is very generous with its checkpoints, and you rarely have to repeat more than a couple of minutes of play. Towards the end, however, a reliance on split-second timing and awkward wall-jumping controls – not to mention oddly sticky walls – starts making certain sections a real menace. 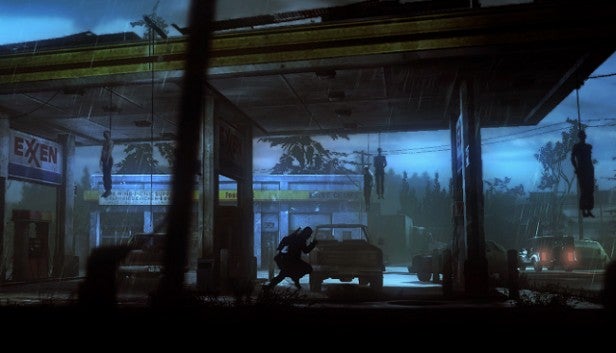 A mid-game section set in a madman’s trap-filled sewer home seems to go on for hours while forgetting what’s more interesting and fun about the game, and there just aren’t enough opportunities to trap zombies or use your noggin to find interesting ways past them. Deadlight doesn’t do emergent gameplay; it just wants you to follow the story to its conclusion. 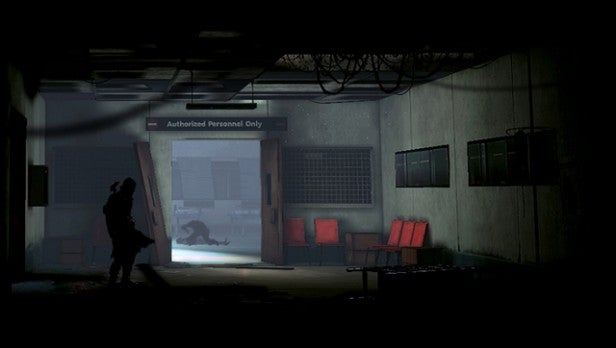 It’s also a short game. While we’d take claims that you’ll finish it within the first two hours with a pinch of salt, you’ll certainly have it cracked within four or maybe five, and that’s including time taken collecting IDs from corpses and Randall’s lost memories. Nor is it the sort of game that demands repeat play.

Given the 1200 MSPoints price tag it’s hard to complain that Deadlight offers awful value, but after the likes of Fez, From Dust and Trials Evolution, we’re beginning to expect a little more from premium Xbox Live Arcade titles. Of course, Journey proves that brevity isn’t necessarily a barrier to brilliance, but that gave you a different experience every time you came back for more. In the more linear Deadlight, that just won’t be the case.

While Deadlight is the best Summer of Arcade title of 2012 so far, the patchy gameplay means it’s a solid game rather than a great one. Without its stylish, grim aesthetic and frantic chases it might even seem mediocre, but the great atmosphere takes it up a notch or two. At roughly £10 it’s still well worth getting if you have some patience and the will to survive, but much as we want to love Deadlight, it keeps throwing something in that puts us off.