Having released exclusively for the Xbox One back in December 2016, Capcom is celebrating the festive season once again with the launch of Frank West’s latest adventure on PS4. It’s bundled with new modes and all previously released downloadable content, but does the previously mediocre zombie slasher hold up any better?

Sadly, Frank’s Big Package is still the same creatively bankrupt outing we saw almost a year ago, with a few extra goodies thrown in.

Frank, the veteran journalist beloved for his silly demeanor and awkward dialogue, is now nothing more than a walking cliche, with each remark worthy of a pitiful groan. His character is terrible, and not at all reminiscent of the cult personality we’d come to love from past games. It’s also hard to take what little story there is seriously when Frank struggles to stop making sex jokes amongst the unusual mannequins playing the role of NPCs. 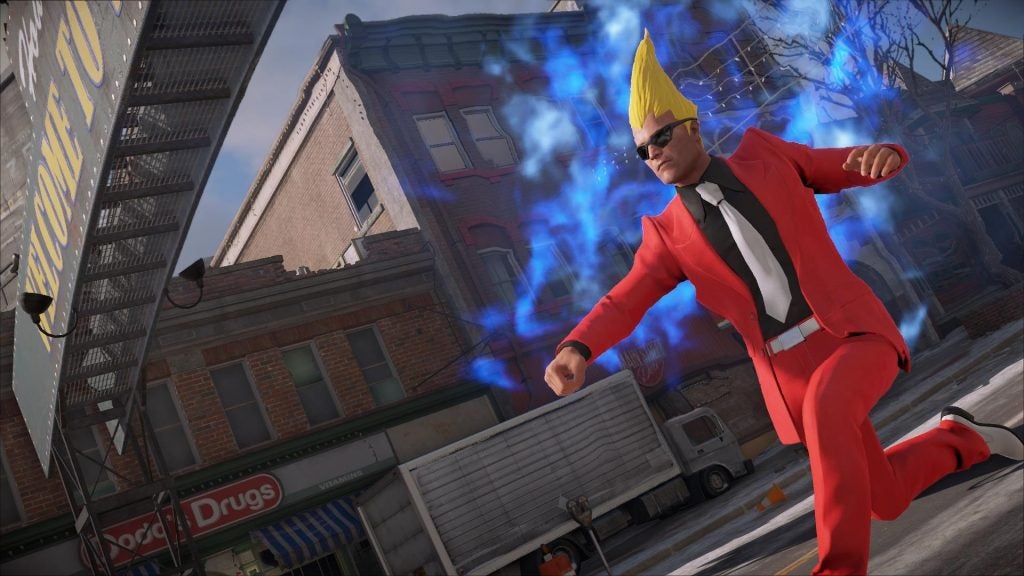 The moment-to-moment gameplay of Dead Rising 4 is perfectly serviceable but is so lacking in depth that I found it difficult to get invested. With the exception of a few skill trees, everything else has been streamlined to a glaringly obvious fault. Survivors and psychopaths, major parts of previous titles, have been reduced to meaningless map icons and generic bullet sponges that feel completely soulless.

Combat feels similarly gutted, with powerful weapons and skills being handed to you in the opening minutes. There is little reward to be found in exploring the city of Willamette, which is a shame because seeing the original setting enhanced into a massive playground had so much potential. Instead, you level up far too easily, and dispatching enemies is so trivial that it hardly feels like a difference has been made.

On the bright side, Dead Rising 4 runs almost flawlessly on Sony’s console, with no performance problems at all in my playthrough. Franks feels like he’s running through treacle, which makes using the camera around large groups of zombies an unpleasant experience. But, considering his constant quips, I was more than happy to feed him to the undead anyway. 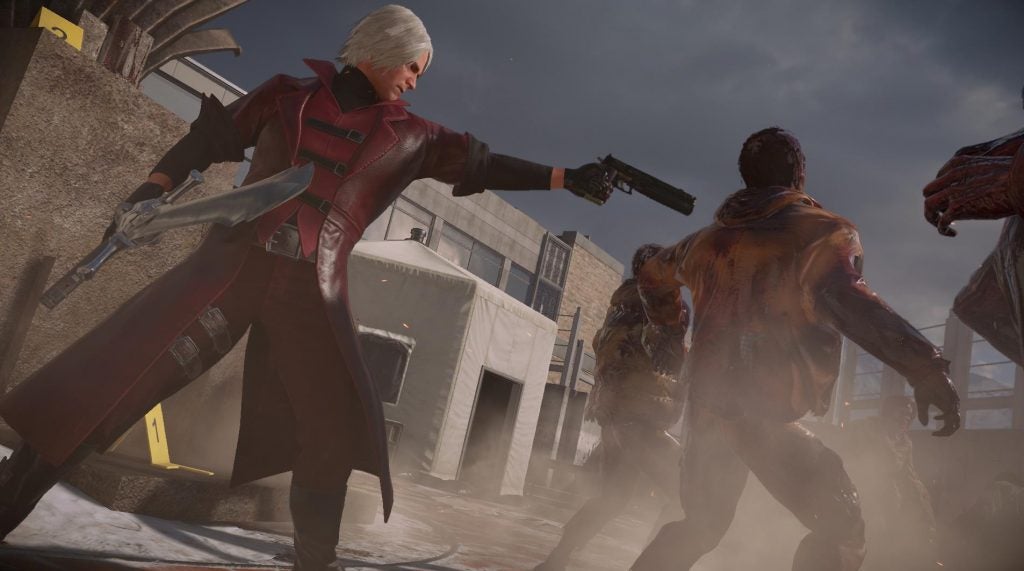 The biggest new addition to Frank’s Big Package is Capcom Heroes, a version of the solo campaign that has Frank West donning the costumes of iconic gaming heroes. Hurling hadoukens as Street Fighter’s Ryu and darting across Willamette as Mega Man is fun at first, but once again lacks any sort of substantial depth to keep things interesting.

It grows stale far too quickly, and having to grind through the entire campaign with a limited set of costumes can make certain encounters a needless chore. You also lose access to some of Frank’s unique abilities when thrashing about as other, more likable icons.

If anything, Capcom Heroes is an unfortunate reminder of the properties I’d love to see Capcom revisit instead of poking at the shambling corpse that Dead Rising has become. 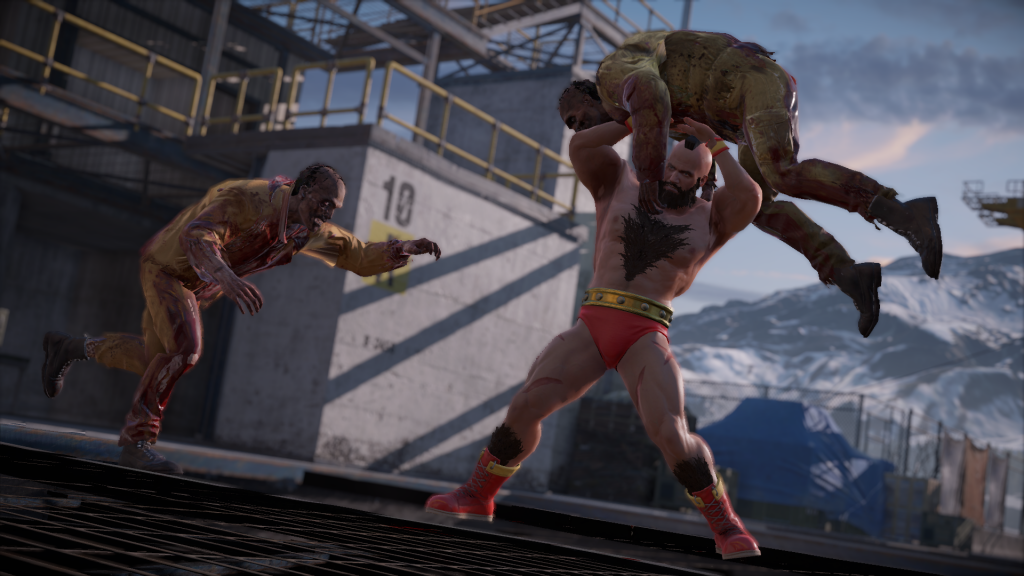 Dead Rising 4: Frank’s Big Package is an exceptional port of the original package, with additional content that fans will have a blast with. But that doesn’t mean it isn’t still the worst entry in the series by quite a wide margin.

Beyond mindless zombie murder, Dead Rising 4 simply fails to rekindle any of the flames that made the original trio of games so compelling and fun to play. A distinctive lack of depth, personality and creativity keeps it firmly in the realm of mediocrity.

Read on for our original review of the Xbox One release by Sam White.

Over a decade since the original Dead Rising launched on Xbox 360, it’s kind of amazing that the series’ singular concept – killing hundreds of zombies with bizarre and ridiculous weapons – has kept up enough popularity to warrant a fourth near-identical sequel. But here we are; 2016 delivers another devastating surprise.

Dead Rising 4, the final Xbox One exclusive of 2016, picks up the trail of photojournalist Frank West – the famed protagonist of the original game – as he returns to the Coloradan town of Willamette to do what he does best: investigate biohazard breakouts with his freakishly modded camera, while also killing a ton of undead along the way.

Returning to Frank West’s life is perhaps the wisest decision Dead Rising 4 makes. He’s a complete jackass with a frequent disregard for most human beings, but he makes the game’s story – a tale of conspiracies and cover-ups – at least mildly entertaining. He cracks crap gags and quips at the misfortunes of others, but despite being objectively dislikeable he gives the game a sense of humour that it otherwise lacks.

Related: The Last of Us Part 2 news and rumours 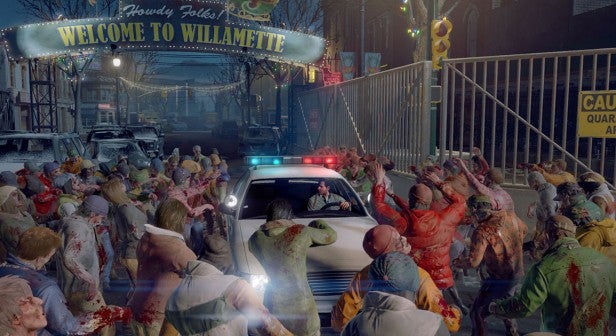 Frank will make funny comments and spout references to pop culture, singing occasionally as he slays, and always prepping the next wisecrack for unsuspecting survivors across the town. Mucking around with the game’s countless outfits and hats makes for some absurd cutscene appearances, too – Frank in a fireman’s outfit with a big Roman helmet and comedy beard, for example – but it works in making Dead Rising 4 a silly bundle of stupidity. It’s at least more light-hearted than The Walking Dead is right now.

Willamette itself, the home of the original Dead Rising, has been given a festive makeover with a novelty Christmas theme – Jingle Bells tinkles over menus, while the town’s zombie-ridden streets are suitably snowy. Overall, though, Willamette feels like an underutilised and dull open world. Its central super-mall is overdone in zombie culture – movies, games et al – but it’s the town’s open areas that truly fall flat. It sprawls out into the surrounding suburban areas, junkyards and more, but each district isn’t that visually interesting, and getting from A to B is made frustrating by the constant presence of zombies.

That might sound like an odd criticism, but it all boils down to tension. While Dead Rising categorically isn’t a survival horror game in any way, despite what its Wikipedia entry might say, the lack of fraughtness of contemporaries like Dying Light – and in some ways even the much-maligned Dead Island – results in a complete absence of atmosphere. Dead Rising 4 offers up playgrounds wherein to experiment with your array of ridiculous weapons, but the place itself just never captivates. This has been the same in all Dead Rising games, but it’s even harder to ignore here. The game’s other draw – putting hundreds of zombies on screen at any given time – may have been a big deal in 2013, but it’s no longer particularly impressive. 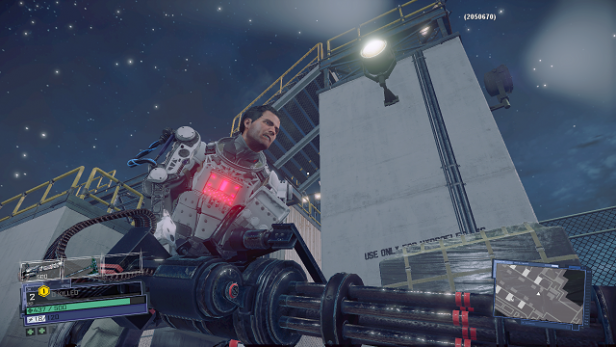 The real kicker is that killing zombies in Dead Rising 4 just isn’t that fun, satisfying or moreish anymore. You’ll run around Willamette racking up your murder count into the tens of thousands, but other than a few key moments spent playing around with a newly acquired weapon, combat never excites. Sure, picking up a big sword that turns zombies to ice before you smash them into little pieces is great, as is using a few other unique weapons you’ll find throughout your adventure – flaming swords, big hammers, lightsabers, weird ranged weapons that fire acid into zombies – but these are flash moments of discovery that fade quickly.

Instead, the majority of your time is spent button mashing in the game’s dull, repetitive combat. You’ll watch the same kill animations again and again, while the slow-mo finishers rarely change between the various different weapons you’ll find scattered across the world. The only real reason to continue the killing is to watch the kill counter rack up, and to get from objective to objective. It’s occasionally so shallow that I found myself avoiding the zombies as I ran from point to point.

Worse yet, though, Dead Rising 4 attempts to diversify its zombie combat by throwing living soldiers at you. These military men are far more agile and deadly than the undead fodder you’re used to fighting; they wield handguns, assault rifles and automatic shotguns, and are an absolute pain to fight in almost every scenario you find them. The problem is that Frank has absolutely no way to defend against their ranged attacks, and while you can boost your resilience to gunfire, that particular upgrade is locked until you’re level 25. Just for reference, it took me 15 hours to reach that level.

This makes for some really unenjoyable moments – encounters where you have to hold off an onslaught of soldiers to defend an AI companion, or a boss fight against a big, bad, flamethrower-wielding lieutenant who’s accompanied by a ton of armed goons. I’ve been caught in stun locks, against environmental blocks and more, and the game just falls to pieces whenever it deviates from the zombie combat it’s used to, resulting in infuriating deaths and boring replays. It wouldn’t be such an issue, but the game’s imprecise UI and abundance of interactive items means you’ll end up hammering buttons until you pick up health packs that lie strewn across the environments. 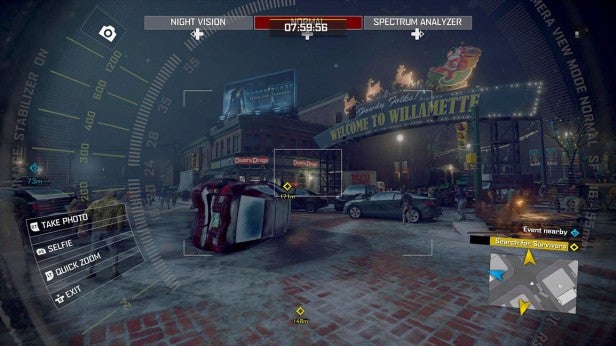 When you’re not slashing up soldiers or beheading the undead, you’ll be investigating suspicious scenes for clues, snapping the evidence with Frank’s camera. You’ll have to use the camera’s three different modes to scour trickier places – there’s a normal lens, but Frank can also use night vision to investigate darkened rooms and warehouses, or the camera’s Spectrum Analyzer to hack doors, laptops and reveal otherwise hidden clues.

Sadly, though, these investigative tasks are just like the game’s combat – never that interesting, and not on par with Rocksteady’s Batman series, or even The Witcher 3.

Your enjoyment of Dead Rising 4 will entirely depend on how long you can tolerate its multiple novelties. The novelty of killing thousands of zombies (again); of screwing around with crafting silly weapons and wearing dumb outfits (again); of returning to Willamette (again), this time with its Christmas theme; and of playing as Frank West (again).

Four games in and Dead Rising as a series has all but exhausted its core concepts, but these tricks might still entertain you if you just want to cut some rotting meat in half. For me, Dead Rising 4’s surface schlock quickly became tedious shoddiness, and the result is a disappointingly dull open-world game that simply can’t hold a candle to this year’s best.