For many of us, Dance Central was the star of the Kinect launch line-up. Harmonix, the studio behind the original Guitar Hero and Rock Band, used Kinect to make a dance game that actually pushed you to pull off specific moves to a specific rhythm, the software tracking your head, body, arms and legs to ensure that you were doing it right and not faking it.

Dance Central was an exceptional game with great presentation, good music and real depth, but it had one problem: because it required you to actually dance every dance move, it got harder and harder the more you played until only serious disco divas (not exactly common in the Trusted Reviews team) could make it through the songs. 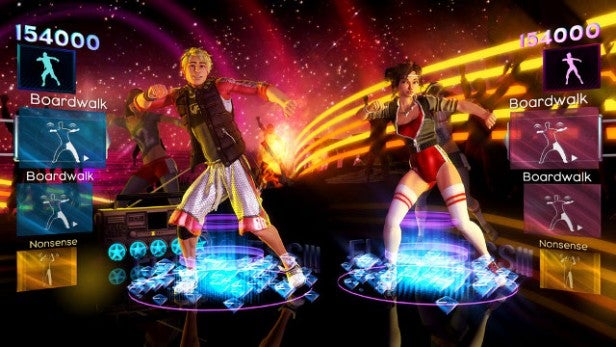 Luckily, it’s a problem that this sequel addresses. Sure, it’s a refinement of the original, with new tracks, new dancers, new locations and new modes, but its strength lies in the way it broadens and deepends Dance Central’s appeal. The revised Break it Down mode, which (as you might expect) breaks the track down into its constituent moves for training purposes, now allows you to try the moves at a slower speed before speeding them up, giving you a chance to get to grips with the more complex motions at play. Voice controls – deployed throughout the game to work the menus – also help, allowing you to try a move again just by asking.

And when you’re ready to put it all together, the Easy mode is now an awful lot more forgiving. Whether you’re a party animal trying to dance your way through Lady GaGa’s Born this Way after six pints in the local or a forty-something Dad struggling through Bananarama’s Venus on a Sunday afternoon after lunch, you now have a fighting chance. 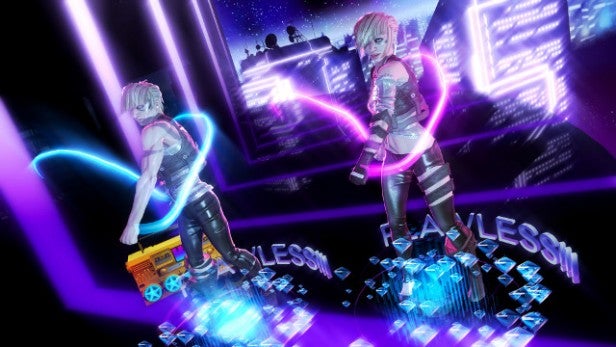 Harmonix has managed this without watering down the gameplay at the harder difficulty levels, and players with real dancing skills will find Dance Central 2 as challenging and rewarding as the first game. In fact, certain moves take a considerable amount of timing and finesse to pull them off.

The other big news is the addition of proper drop-in, drop-out cooperative play, allowing two dancers to work together (while competing for points) to push through the lengthy campaign or simply enjoy a few quick tracks. As with all two-player Kinect games you’ll need a decent space to make it happen, but it makes Dance Central 2 a stronger option than the first for party play. 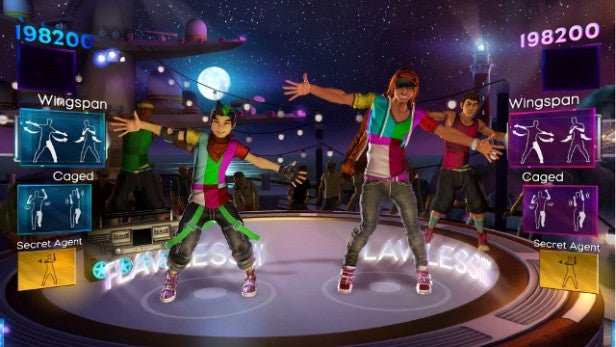 Where the game might divide its audience is with the tracklist. While it has its share of cheesy eighties hits and dancefloor anthems (Donna Summer’s Hot Stuff, Montell Jordan’s This is how we do it and Bobby Brown’s My Perogative), Dance Central 2’s focus is on hits of the last few years, with lots from the likes of Bruno Mars, David Guetta and Usher.

This isn’t necessarily a fault, but it’s something that might put off older players and send them to Dance Central 2’s less-accomplished rival, Just Dance 3, which has a wider selection of cheese. On the other hand, Dance Central 2 will import tracks from the original game and new and old DLC, so it’s not hard to build up a library of songs you like.

Verdict
Dance Central was always the most convincing demonstration of the Kinect’s potential, and Dance Central 2 is even better. It’s still a challenging dance game for expert dancers, but it’s now a more welcoming one for the less coordinated (or more inebriated) groover, and the new co-op mode turns it into a stronger party game as well. Have Kinect? Like dancing? Then Dance Central 2 is the game for you.