The physical aspect to setting up the 327L again shows its budget roots. Instead of affixing runners like most NAS, the 327L merely asks users to fit a handle to the back of each drive, which allows them to be lowered in and pulled out. Slotting the drives in (particularly slimmer 3.5in models) is therefore rather fiddly and it took us a few goes to get our drives correctly aligned. Get it right and you get a status light come on beside each drive on first boot, get it wrong and it stays off. 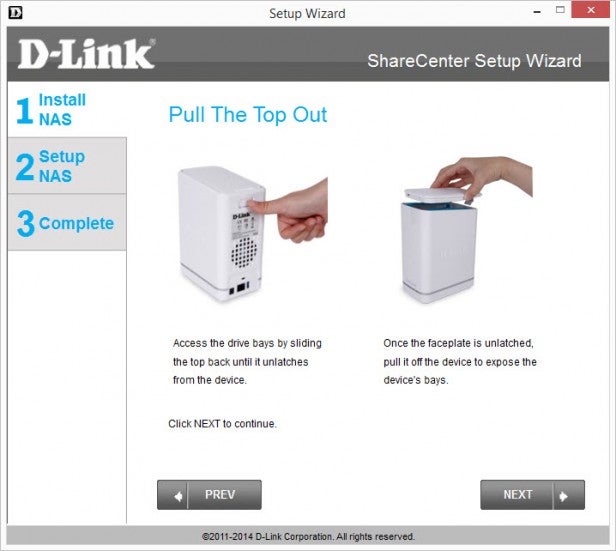 The software side of the setup is also a little antiquated. D-Link supplies a dreaded setup CD (in an age of many drive-less PCs, memory keys if you must or browser based setups, please). The files can be grabbed from D-Link’s website though and with the NAS plugged in and wired to your router the wizard walks you through connection, setting passwords and the NAS ID and picking a RAID type.

You are also prompted to install any third party apps you may want, though with descriptions being scant you’ll need to look online for more information in order to make an informed choice about what you do and don’t need.

Up and running the D-Link UI isn’t the most modern we’ve seen with a moody-teenager black colour scheme akin to Asus’ ageing router interface. The good news is it is easy to navigate with three key categories (Home, Applications and Management) and right click context menus will have Windows users feeling at home. More screenshots are in the Photos tab at the top of the page. 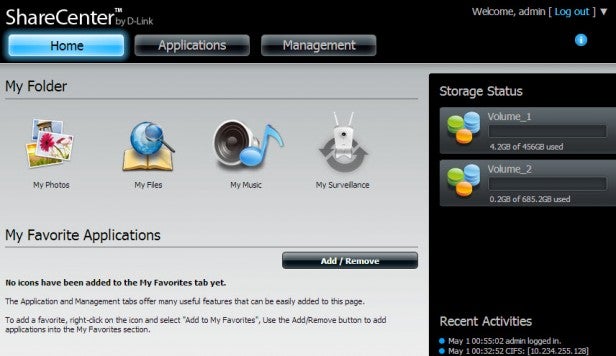 With the price of the 327L so low and D-Link secretive about its chipset we had significant concerns how it would perform. Thankfully performance is excellent. 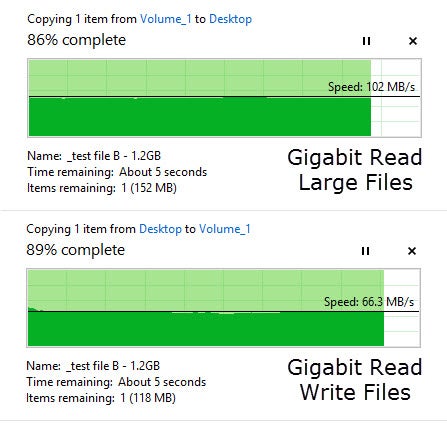 Pulling 4GB files across the network the 327L managed read and write speeds of 102MBps (816Mbps) and 66.3MBps (530.4Mbps) respectively. The former is a real surprise as the NAS is effectively hitting the bandwidth limits of Gigabit Ethernet. Write speeds do show significant drop off but they will be fast enough for the vast majority of users, especially at this price point. The figures match the Western Digital EX2 (more than twice the price) and leave Netgear’s budget ReadyNAS 102 and WD’s four bay EX4 both eating its dust. Even the superb Synology DS214play cannot match these read speeds though it has the edge on writes. 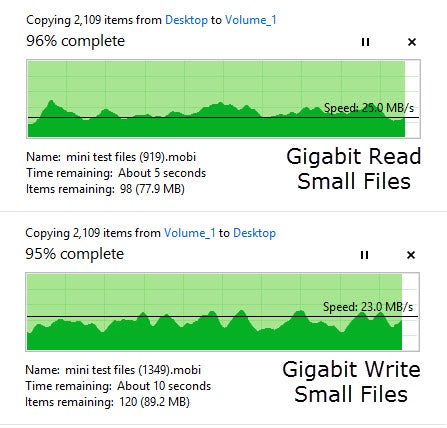 The 327L also performed reasonably while transferring our CPU battering 2GB folder of over 2,000 small files. Average read and write times were 25MBps (200Mbps) and 23MBps (184Mbps) which again match the EX2 and give it an edge over the EX4 while write time more than double the ReadyNAS 102. The Synology DS214play pulls ahead here, but whatever D-Link has powering the 327L, it needn’t be so shy about it.

Given its passive design the 327L is also a top performer acoustically. It isn’t completely silent even in standby due to its thin plastic chassis, but volumes fall in the 25-30db bracket at one metre which means they will be barely detectable. When the NAS is jolted out of standby it does whirr up for a few seconds, but again it has both the noisier 102 and EX2 and EX4 easily beaten while matching the DS214play. 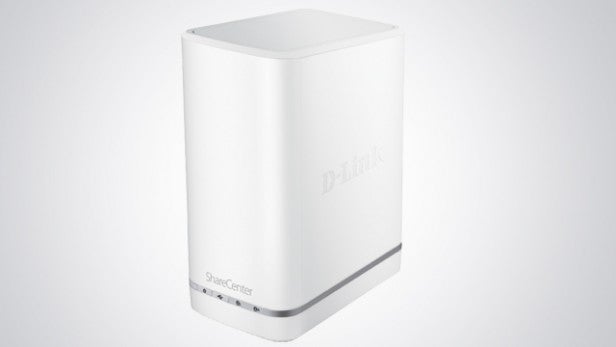 All things considered: yes. Basic build quality is countered by good looks and a somewhat stodgy setup is countered by strong performance and low operating noise. The real killer though is its price tag. D-Link launched the 327L for just £119 (the same price as the ReadyNAS 102) but it can be found for a mouth-watering £75 from a number of online retailers.

Our biggest caveat is the lack of an expandable RAID volume, but it is something which also afflicts WD’s drives. Netgear (X-RAID) and Synology (SHR) do offer expandable RAID options, but the ReadyNAS 102 is slower and noisier and while the DS214play is the better overall NAS it costs well over £200.

D-Link isn’t the most well-known of NAS makers, but it has come up trumps with the DNS-327L. We’d like its build quality to be a little better, the setup process and UI could be a little more modern and it needs expandable RAID technology. Then again for little more than £75 you’re getting a stylish, fast and near-silent two bay NAS with bags of functionality and this makes our reservations melt away.

Next, read our WD MyCloud EX2 and Synology DS214play reviews.