As I surmised with the review of Buffalo’s Nfiniti draft-n wireless products I felt it wouldn’t take long for the rest of the pack to catch up. Sure enough, D-Link is next onto the bandwagon with its latest Rangebooster router and PC Cards. Whereas Buffalo uses Broadcom’s Intensi-fi chipset, D-Link has opted for the XSPAN chipset, which is no surprise seeing as D-Link is one of Atheros’ biggest fans. Furthermore, Broadcom and Atheros have snuggled up together and publicly confirmed interoperability between their respective draft-n solutions. However, the stuff that’s really making the news are the bold claims of dramatic improvements to performance and range. We’ve already watched Buffalo’s Nfiniti fail to deliver so how will D-Link fare?


The router itself is nicely designed and solidly built and comes with the obligatory quartet of Fast Ethernet switched ports. However, bear in mind that without Gigabit Ethernet ports it’s impossible to achieve speeds higher than 100Mbps between WLAN and LAN systems. The router comes equipped with an Ethernet WAN port so you’ll need to source an external modem for Internet access. The triplet of removable wireless aerials indicates that MIMO is behind the scenes but don’t be fooled by the USB port as its sole purpose currently is to allow flash memory with wireless configuration information to be used. In fact, the manual merely discusses its purpose and fails to provide any guidance as to how to actually use it. We asked D-Link to enlighten us but received no useful response so presumably it hasn’t got a clue about this either. 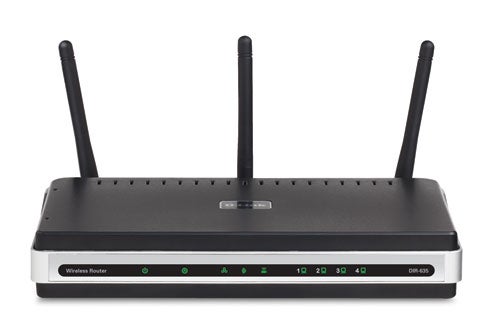 Installation is smoothly handled by a wizard that’s run straight from the CD-ROM and steps through physical setup, initial Internet configuration and wireless access. If you’re using an intelligent ADSL or cable modem which provides DHCP services on their Ethernet port this doesn’t take long. The router’s web interface is a tidy affair that has seen a substantial redesign over older D-Link routers with the aim of making it more accessible. It’s divided into four main sections with the Setup tab offering easy access to Internet connection wizards and manual configuration of wireless and wired connections.


With wireless configuration you can leave it on fully automatic where the router will attempt to negotiate the best transmission rate and channel bond the two 20MHz channels into a fat 40MHz pipeline. You can select from a mass of manual transmission speeds but we can’t see much point in fiddling with these. For wireless security, D-Link is one of the first vendors we’ve seen to give the inherently insecure WEP its marching orders. Instead, you get two options – WPA Personal and WPA Enterprise. Both offer support for WPA and WPA2 but the Enterprise option requires an external RADIUS server for user authentication.

The Advanced tab is where all the fun starts as D-Link offers an impressive range of features to play with. The virtual server page provides enough entries to redirect inbound traffic to 24 different destinations such as web and FTP servers and all systems on the LAN that have received an IP address via the router are available in drop-down lists. There is also the same number of options for port forwarding and each entry can contain single port numbers and ranges. Schedules are created from the Tools tab and these can be applied to both virtual server and port forwarding rules to determine when they are active. D-Link’s QoS (quality of service) is a smart feature as it allows up to ten rules to be used to prioritise specific traffic types.


For testing we used our standard residential environment and installed the DWA-645 PC Card in a 1.6GHz Fujitsu Siemens notebook running Windows XP SP2. Using the open source Iometer we wirelessly linked the laptop with a Supermicro Pentium D 3.2GHz on the LAN and with no encryption over a two metre line of sight connection it reported an average raw read throughput of 64Mbps – slightly slower than the Nfiniti. We then activated the WPA-Personal encryption options and saw Iometer return 46Mbps. 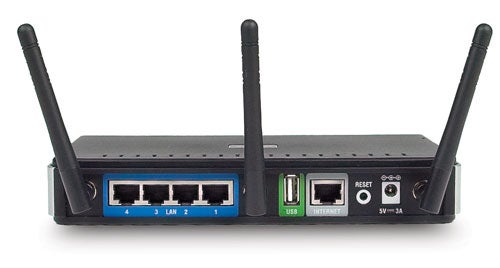 For real world performance we saw a 691MB video file copied from the laptop over an open link to the PC in 109 seconds for an average speed of 51Mbps and with WPA2 in action this dropped down to 46Mbps. Moving the laptop to the floor below and placing two brick walls in the way slowed D-Link down significantly with an open link delivering a meagre 29Mbps – not much better than most standard MIMO wireless routers.


As with any draft-n wireless product you’re taking a gamble on future upgradeability as D-Link will not guarantee either that the DIR-635 will be forward compatible with future 802.11n specifications or that it will even work with other vendor’s draft-n products. Performance is noticeably better than standard MIMO routers but we were unable to substantiate the improved range claims. If you already have a MIMO type wireless router and are happy with it we’d say stay put for the moment although the high level of general features offered by D-Link does make for a tempting proposition. 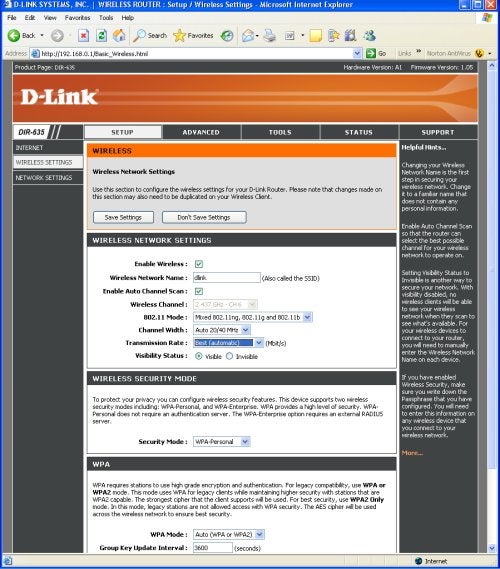 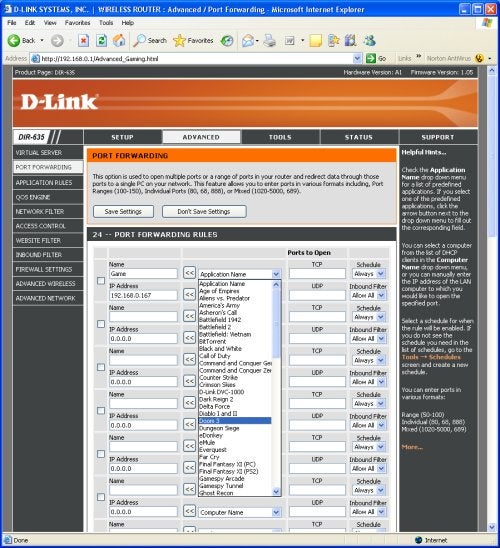 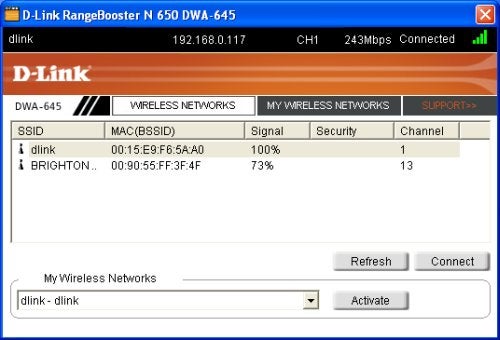 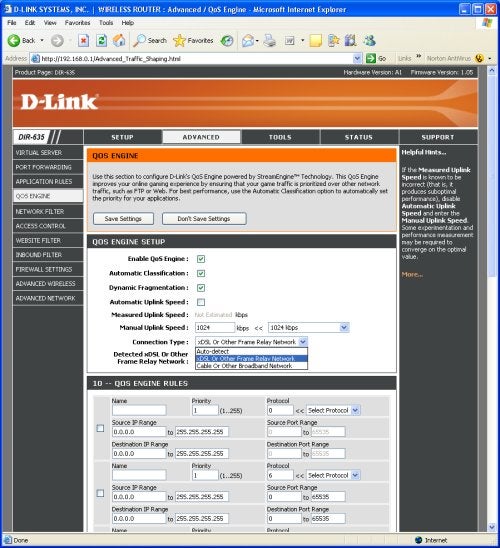 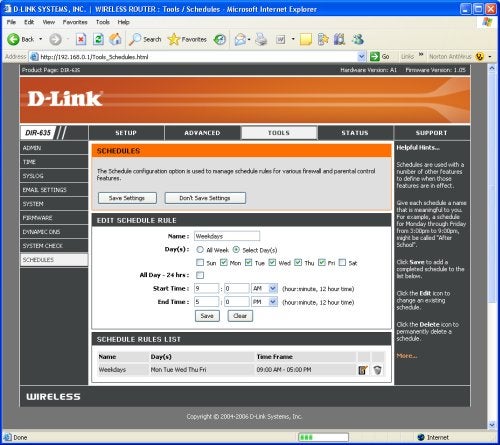