Although efforts by major broadcasters such as the BBC and Channel 4 have been a bit limp so far, it’s likely there will come a time, some time in the near future, when they’ll have to bite the bullet and make a bit more effort. As broadband rates go up and the quality and richness of downloadable video content improves consumers are going to move away from broadcasting as the major method of watching the TV, and the big players are going to have to join in or suffer a long and slow demise.


It’s already begun to happen with services such as YouTube and Joost, and BT’s Vision service offers a glimpse of this online televisual future from a hardware perspective, with downloadable and streaming content available from a set-top box device. Now D-Link and DivX have teamed up to do a similar thing and make the content of its excellent Stage6 video website available directly on your TV. 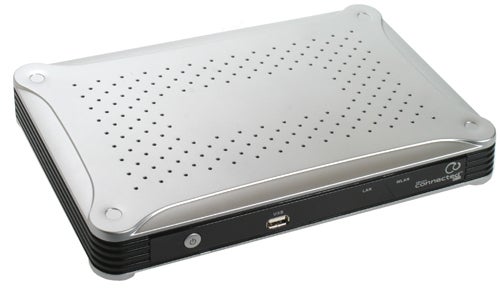 On the face of it, its DSM-330 box is a pretty exciting bit of kit. Not only does it provide access to Stage6 website content, but it’s also an HD capable (up to 720p) wireless network media streamer. But alas it misses the boat on several key points.


The first and most obvious problem is that you can’t use the box on its own to connect directly to the DivX website: in order to connect to the Stage6 website you have to have DivX’s Connected server software installed on a separate PC or laptop that’s also connected to the internet. To make matters worse, the box is also locked to this proprietary software for streaming video, music and photos over your local network, which means that if you’ve gone to the trouble of setting up all your media on a UPnP NAS box, you’ll simply not be able to access it.

And if this doesn’t bother you, the implementation of the DivX service on the DSM330 may well do. The second major problem with the DSM-330 is that you can only browse through video content – you can’t search by keyword as you can on the main website, which makes it difficult to find stuff if you know exactly what you’re looking for. It’s a pity because otherwise, it works very well. I particularly liked the fact that, as well as watching videos directly over your broadband connection, you can also ask the DSM-330 to download them for you so you can watch them at a later date. This is handy for bandwidth-hungry HD DivX files that won’t stream smoothly over a sub-8Mbit/sec broadband connection.

Stage6 isn’t the only online service available through the DSM-330, though. You can also access a free service called Funspot with it, which provides access to a number of simple games, from quizzes to puzzles. And things may also brighten up in the future: users should eventually be able to download and install third-party plug-ins to enhance the player’s capabilities, and though there were none available to purchasers at the time I wrote this review, DivX provided a couple of beta plug-ins for accessing Google Maps and Microsoft Virtual Earth. 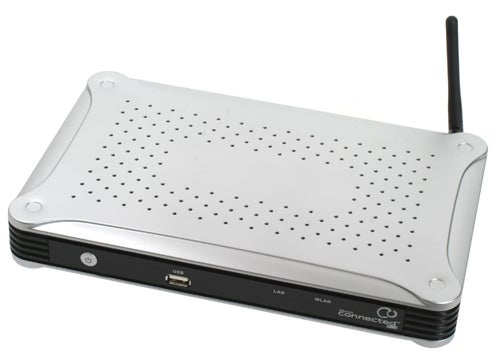 The hardware itself is a much more convincing proposition, thankfully, and it seems a very capable wireless streamer. It’s slim and compact for a start, which makes it easy to slot into a crowded AV rack – on top of a DVD player, for instance – and it boasts a comprehensive array of connections. Around the back there are not only SCART, composite and S-Video sockets, but also an HDMI output and both optical and coaxial digital audio outputs, so you can ensure that audio reproduction is kept to a suitably high standard. There is one major omission, however: despite the presence of a USB port on the front panel, you can’t actually use this to connect removable media – it’s used for flashing the firmware.


Once you’ve fired it up and run through the set-up wizard, it’s very easy to use, too. The interface is smooth and slick and it’s easy to find the stuff you’re looking for. A particularly nice touch is the way thumbnails and album art fly in and out of the screen as you browse your files, and there are other thoughtful features included such as a resume function that remembers where you left off watching a file. This automatic bookmark function seems to work for any number of files – it doesn’t appear to be limited to just a handful. Connecting to what there is of the DivX service is pretty straightforward, Finally, the remote is pretty good quality too, and has echoes of the familiar Sky and Sky+ remotes.


Of course the biggest advantage of the DSM-330 is the fact that it can play DivX files natively – which means any video you download from the Stage6 website – via the box or downloaded separately – doesn’t have to be converted or transcoded first. It’s a feature that not many other wireless streamers can boast, in fact the only other streamer I’ve seen do this is the Netgear EVA8000 I reviewed earlier this year, which also had an HDMI output and HD capabilities.

The box is also compatible with rival WMV 9.2 and XviD formats, though VOB files aren’t, alas, on the compatibility list. For music playback, the list isn’t that impressive though, with only support for WMA and MP3. The Netgear EVA8000 is much more impressive in this respect, playing FLAC, WAV and AAC in addition to MP3 and WMA.

Elsewhere it stacks up pretty well, though. Standard definition material played back smoothly over the wireless connection, and with well-encoded video the picture quality is excellent, with vibrant colours and a rock steady picture. Even low-resolution encodes DivX encodes look good on this box: I played back a DVD ripped at 564 x 300 and the results were truly excellent. 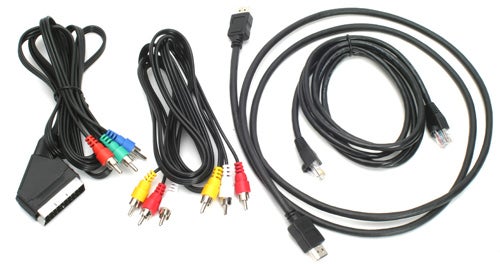 Even if your network isn’t the speediest, the server software does its best to help out, giving you the option to reduce the resolution and frame rate until you get to something that’s watchable. Its fast forward, pause and rewind functions work flawlessly too – not something you can say of all media streamers and the aforementioned automatic bookmark system is a brilliant time saver.


If you want to watch any HD material over wireless, though, you’re going to be a bit stuck – the 802.11g wireless built into the DSM-330 isn’t fast enough to play back even 720p DivX files reliably – but this is true of all streaming players that claim to be able to stream HD content over wireless. Of course there are some 720p DivX files that consume very little bandwidth and these are watchable over wireless, but if you want smooth performance, an all-wired network connection is a must. And in high-def mode, video looks every bit as wonderfully crisp and punchy as you’d expect it to be.


It all adds up to a bit of a mixed bag. On paper, the DivX endorsement makes it look like an exciting development and it looks good value too at just £130. I really like the menu systems, video playback quality is superb, and the ease with which you can go online and download from the Stage6 website is a real boon.


But it’s severely limited in its appeal, principally by its restriction to the DivX connected server software, which means anyone with media stored on a NAS box won’t give it a second look, but also by the lack of a search function for the Stage6 website and the lack of a USB port for connecting external storage. 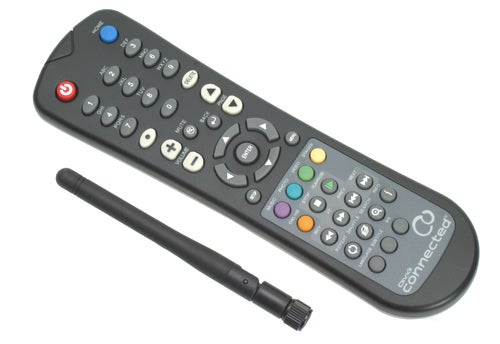