D-Link’s latest Wireless N Home Router not only hits the sub-£50 sweet spot but also comes with the company’s enormous 11-year warranty. The latter does seem rather excessive but as we observed in our review of D-Link’s DKT-810 this is a sign of the company’s confidence that the router can be upgraded well into the future.


The DIR-615 is a slim-line slab of plastic incorporating a draft 2.0 802.11n wireless access point along with a quartet of switched Fast Ethernet ports at the rear. If you’re shifting big files around on the LAN and want Gigabit Ethernet then you’ll need to look towards products such as D-Link’s DIR-655 or Netgear’s WNR854T although this will push the asking price close to the £100 mark. 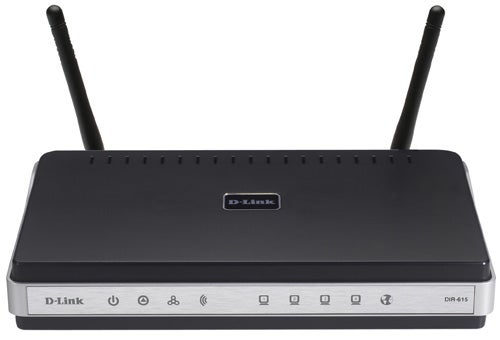 Internet access is facilitated by a Fast Ethernet port so you’ll need to source a suitable cable or ADSL modem. D-Link takes a leaf from Trendnet’s and Belkin’s book as the router has a useful array of status indicators across the front panel. They’ll tell you when the Internet connection is good, which Ethernet ports are connected and whether the wireless access point is active, but there’s nothing to show whether wireless security is implemented.


With home users as the primary target market installation needs to be as simple as possible and D-Link makes a fair stab at this. A CD-ROM tutorial steps nimbly through all cabling conundrums, provides a selection of Internet connection types and sensibly offers to set up that all-important wireless security. However, bear in mind that it doesn’t attempt to secure administrative access which, by default, is not password protected. 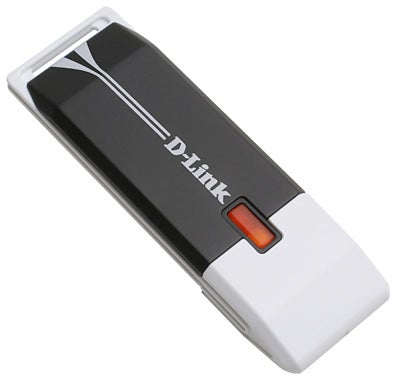 For wireless security you have WEP and WPA/WPA2 although home users are unlikely to bother with the WPA Enterprise setting which requires an external RADIUS authentication server. WPS (Wi-Fi Protected Setup) using push button or PIN methods is available and you can use a wizard to set this up or configure it manually. MAC address filtering is provided for both WLAN and LAN users and you can pick existing systems from a drop-down list and decide whether to allow network access to those listed or deny it to all of them.


There are no surprises in the wireless performance department as this is another router that delivers well below the advertised top speed – it’s about time vendors stopped quoting 300Mbps on their wireless N products as this is simply not achievable in the real world. We tested using D-Link’s DWA-140 wireless N USB adapter in a 1.6GHz Fujitsu Siemens notebook running Windows XP SP2. We had no problems with installation and found the 150cms long extension cable and weighted desktop USB port rather useful as it enabled us to place the adapter in a variety of positions. You also get a handy utility that supports both XP and Vista, scans the network for access points and helps set up encrypted wireless connections.

Real world performance was on a par with the majority of competing wireless N products as copying a 690MB video clip from the laptop to a system on the LAN over a WPA encrypted link saw average speeds of 56Mbps. Moving the laptop to the floor below the router saw signal strength drop to a shade over 50 per cent and the same copy test returning speeds of around 20Mbps. We also tested compatibility with a Trendnet wireless N PC Card in the laptop and saw very similar speeds.


For such a low cost router D-Link hasn’t skimped on features and we particularly like the web access controls which are far more useful than those offered by vendors such as Netgear. You can create a list of up to forty web site addresses and use the Access Control feature to create policies that determine what each system can access on the Internet. 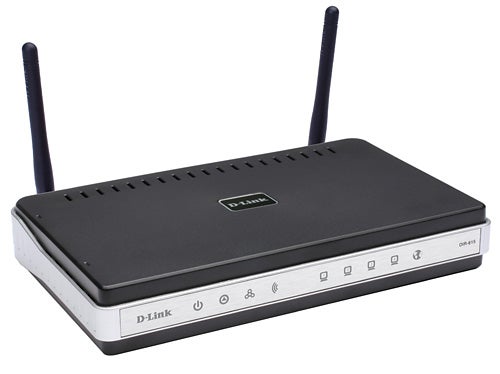 You have a choice of black or white lists where the latter lets you block access to everything except listed sites. This feature worked fine during testing enabling us to determine precisely what sites our wireless and wired users could access. Users that attempt to access a banned site are redirected to a warning web page. Schedules make the lists even more versatile as these can be used to limit access to specific times of each day. Alternatively, you can use policies to block all access during specified times or merely log user activity.


There’s plenty more to play with as virtual servers allow you to direct external users to a specific system on the LAN whilst application rules are used to define specific applications that external users can be directed to via port triggers. The SPI firewall is enabled by default and the DMZ option lets one LAN system sidestep the firewall for full exposure to the Internet.


For only £50 D-Link’s DIR-615 router looks particularly good value as it offers an above average set of features. Wireless N performance is as always well below the quoted speeds and you only get Fast Ethernet ports at this price but D-Link’s web access controls are a cut above the rest.

(centre)”’D-Link provides a useful guide that helps with cabling and wireless security configuration.”’(/centre)

(centre)”’White lists are particularly useful as you can block access to every web site not included.”’(/centre)