Conversion to the Cloud is glorious, inevitable and inescapable. This is the line being touted by just about every technology hardware and software maker and it is what Linksys infamously declared with the launch of its Cisco Connect Cloud service moments before it was enforced upon all owners of the company’s latest routers to a cacophony of complaints. After the hullabaloo died down it turned out CCC is actually rather good and Linksys is just the first brand of router going down this path. The next is D-Link…

Features
The ‘DIR-826L Cloud Gigabit N600’ is the router D-Link has chosen to headline its move into the Cloud, something it believes will demystify networking for the masses. It is a dual band (2.4GHz and 5GHz) 802.11b/g/n router (no 802.11ac) which D-Link claims is good for a combined theoretical bandwidth of up to 600Mbit. That said D-Link’s hugely impressive SmartBeam range and performance boosting technology (seen in the excellent DIR-645) is absent. It also has just two internal antennas for both bands whereas the DIR-645 had six for just a single band. Colour us confused. 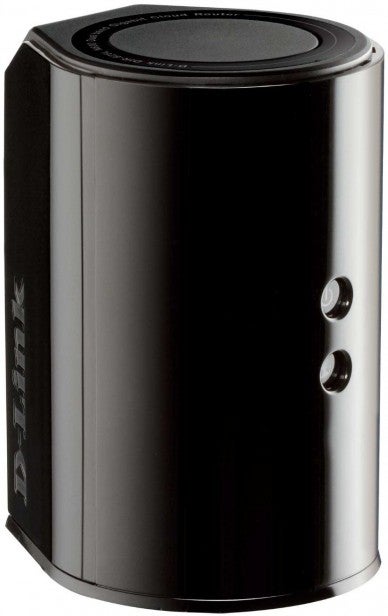 Despite this IPv6 compatibility is in there (it is just about standard on most new routers), along with WPS and WPA/WPA2 security. The stock four Gigabit Ethernet ports and one USB port (the latter to connect a printer or storage directly to the network) make an appearance too, though we can’t help but wish manufacturers would’ve increased this to two or three by now.

Looking to make up for this rather modest hardware, however, is the company’s debut ‘mydlink’ Cloud service which allows remote management of your router from any location as well as opening up access to media from mobile apps. More of which later. 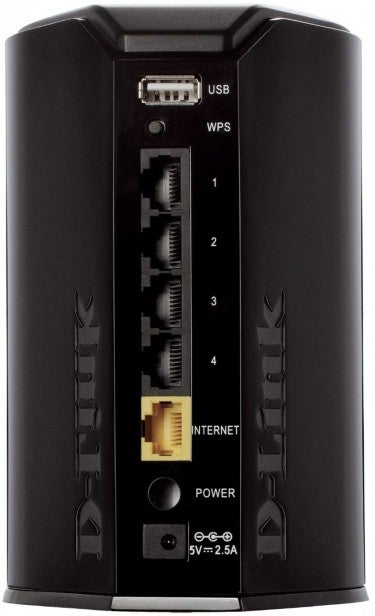 Design
Looking at the DIR-826L will bring about déjà vu. It uses exactly the same Darth-Vader-Pringle-tube design as the DIR-645 and that is no bad thing. This cylindrical form factor means a very small yet stable footprint which is far more practical than the tottering-rectangles-on-stands approach adopted by most router makers. We wish this would become the defacto form factor for routers from now on.

Interestingly, despite its identikit looks, the DIR-826L is actually about a third smaller than the DIR-645. There are also sensible tweaks to the design with less dust-catching grooves and some tasteful matt finishes. In fact the DIR-826L is even less obtrusive than the DIR-645 and makes the rare case of being a router which is actually worth displaying for the conversation it generates. A job well done.

Setup
It is only at setup that the DIR-826L starts to deviate from being a bog standard D-Link router. Interestingly D-Link differs from Cisco as its ‘mydlink’ Cloud platform doesn’t replace the standard, more complex user interface we have come to expect from our routers but instead works as an alternative. Given the frustration expressed at Cisco’s totalitarian introduction of CCC, power users in particular will welcome this halfway measure, but it does make setup less straightforward.

First users have to login to the router at http://dlinkrouter where they set a password and register for the mydlink service. This directs you to another site and there are several confirmation emails and router reboots along the way. Once done you can go to www.mydlink.com login with your username and password and remotely manage the router’s connected devices, block unwelcome connections, customise notifications, alter wireless settings and change passwords. It certainly is easier than the standard D-Link router user interface, but it cannot match the sophisticated functionality of CCC or its intuitive drag and drop user interface. 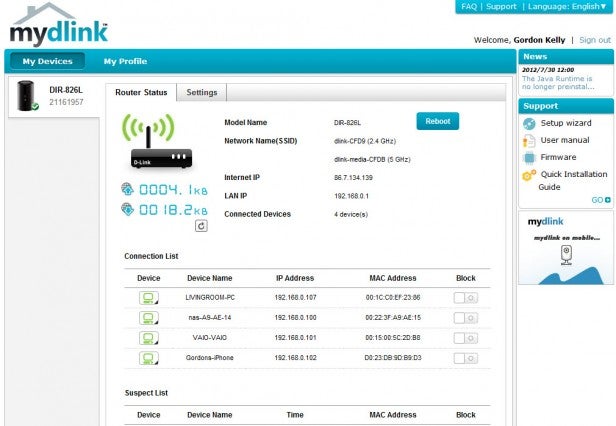 It is a similar story with the mobile apps. ‘mydlink Lite’ and ‘SharePort’ are currently available for Android and iOS and the former mimics the basic functionality of the mydlink website while the latter lets you access files, music and video from devices (including NAS) on the DIR-826L’s network. The latter is the more sophisticated app, but it has to be manually configured and we’ve seen simpler apps such as the superlative Air Video which do it better and don’t require you to own specific networking equipment.

Performance
So with mydlink clearly in its infancy how does the DIR-826L stand up on its own? In reality not well. As we feared the lack of multiple antennas and the curious omission of the company’s own SmartBeam technology mean the DIR-826L is not just behind the latest cutting edge 802.11n routers, it is annihilated by them. 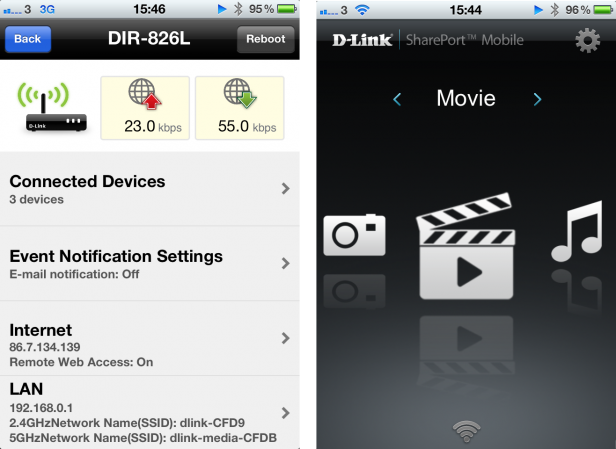 At two metres the DIR-826L managed just 2.37MB per second (18.96Mbit) and 3.47MB per second (27.76Mbit) during the transfer of a 3GB file across the network using 2.4GHz and 5GHz bands respectively. This weak figure did at least hold up at 1.99MB per second (2.4GHz) and 2.66MB per second (5GHz) at 10 metres with a clear line of sight, but already these are speeds where streaming 720p video can suffer. Happily at 10 metres with a wall in-between drops from these figures were only marginal, but at a more challenging 13 metres with two standing walls in the way the DIR-826L collapsed to a near-useless 548Kbps (2.4GHz) and 628Kbps (5GHz) – barely enough for decent web surfing. 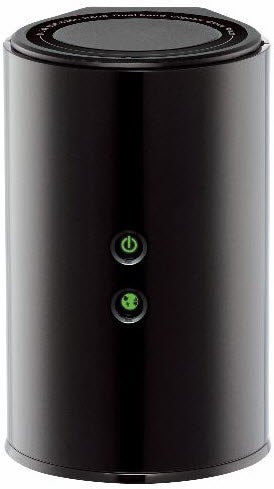 Value
All of which means the D-Link DIR-826L better be cheap and it is, but not to an eye-opening degree. With an £85 RRP it costs £5 more than the DIR-645 (though the latter has just a single band), but it is significantly cheaper than the £160 Linksys EA4500, £130 Netgear WNDR4500 and £139 Buffalo AirStation 1750 D1800H. That said we can’t help but feel the inclusion of mydlink still makes the DIR-826L more expensive that it should be at this performance level and at this stage the Cloud software isn’t an essential inclusion.

The DIR-826L is meant to herald the arrival of mydlink, but sadly both it and D-Link’s Cloud platform have got off to a whimper. 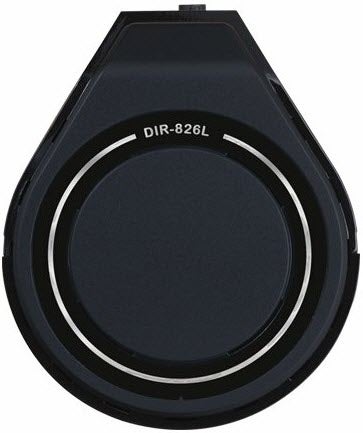 Verdict
The DIR-826L is a baffling product. The flagship router for D-Link’s entry into Cloud-based network control is constructed from decidedly last generation technology. This means just two internal antennas, no SmartBeam and no 802.11ac which results in hugely disappointing wireless performance. The mydlink Cloud platform is slightly more encouraging, but it is basic at present and not nearly as advanced or intuitive as Linksys’ rival ‘Cisco Connect Cloud’. We expect better as it evolves and D-Link 802.11ac routers will arrive in the coming months, but this is a damp squib.