CyberPower has furnished the Fangbook with a 51Wh battery. That’s a tad bigger than the MSI’s 47Wh power pack, but not as large as the Alienware’s unit.

In the standard test, with the screen at 40% brightness, it lasted for 2hrs, 52mins. That’s a moderate result for a gaming laptop – ten minutes ahead of the MSI – but it’s about half the lifespan of the Alienware system.

When it comes to gaming, then, make sure the Fangbook is close to the mains. If high-end titles are running with the screen turned up then the CyberPower will be lucky to get beyond 90 minutes. 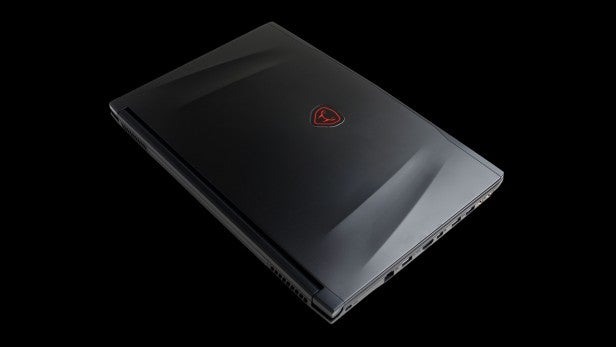 CyberPower has kitted out this machine with high-end hardware, so it’s no surprise its benchmarks impressed. In PCMark 7 and Geekbench 3, the Core i7-6700HQ scored 6,056 and 13,449. Those results compare well to rivals, albeit with older hardware inside: the Alienware scored 4,456 and 12,747, while the MSI scored 5,119 and 12,530. There’s no doubt that the Fangbook has plenty of processing grunt – enough to power through home and work applications and to avoid bottlenecking any game.

The Fangbook shares its GTX 970M with its two rivals, so it’s no surprise that these machines were close in games benchmarks. CyberPower’s machine rattled through BioShock Infinite at 66fps and Batman: Arkham Origins at 108fps – playable in both games and, on both occasions, only a couple of frames behind the Alienware.

Its result in Battlefield 4 was impressive, too: its average of 52fps matched the MSI. That in-game pace is backed up by theoretical tests: in 3DMark: Fire Strike, its 5,912 score outpaced the MSI by around 500 points and was barely behind the Alienware.

A laptop with an M.2 SSDs sounds like a recipe for record-breaking storage, but the Kingston drive inside the Fangbook proved disappointing. The Kingston drive only uses the SATA interface, which restricts its speed: its sequential read and write results of 482MB/sec and 321MB/sec are mediocre for an SSD. Contrast that with the MSI, which used a PCI-based M.2 drive and rattled through at 1,755MB/sec and 1,132MB/sec

The 5,400rpm hard disk was no better, with results of 97MB/sec and 95MB/sec in the same tests. That’s slow, even for a platter-based drive.

The Fangbook has powerful gear inside, but its thermal performance was always decent. Its processor and graphics core peaked at reasonable maximum temperatures of 76 and 81 degrees, and the fan noise was modest – the spinners sped up during games, but they never made intrusive amounts of noise. A decent headset will render the Fangbook inaudible.

Only a little bit of the interior heat made it to the outside, too. The keyboard certainly became a little warm, but it was never enough to be uncomfortable. 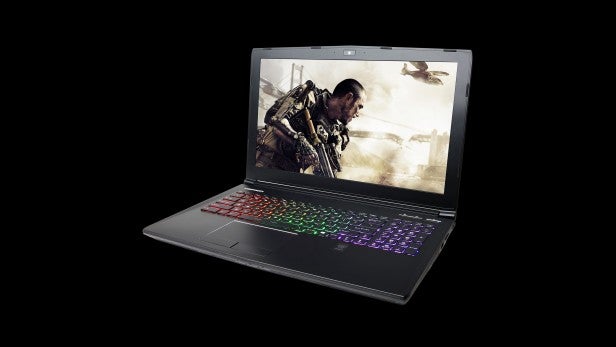 Should I buy the CyberPower Fangbook SX6-300?

This is a gaming laptop, and I have no qualms about how the Fangbook’s GTX 970M scythes through the latest titles. It has enough power to handle anything at 1080p, and it’s able to compete with its main rivals. The processor, too, is a top-tier chip.

In most other departments, though, the Fangbook is unremarkable. The screen doesn’t do enough to lift its quality levels above the competition, and the storage suffers similarly.

It’s a mixed bag on the outside, too. Build quality and design are reasonable, the keyboard is good, but the trackpad has its faults and battery life isn’t much cop.

For its faults, though, the CyberPower is as fast as its rivals and little cheaper, too. That makes it worthy of consideration if frame rates are more important than other, peripheral concerns.

CyberPower’s machine gets it right when it comes to frame rates in top games, but in other departments the Fangbook is a little more underwhelming: its storage and screen are reasonable but don’t beat rivals, and battery life is middling. Higher all-round quality can be found elsewhere.