What is the Cyber Gadget Retro Freak?

The Retro Freak is an Android-based console which replicates several vintage systems using emulation, and allows you to play your beloved original cartridges. It offers modern-day benefits such as save states, screen filters, upscaled 720p HD output and the ability to dump ROMs onto a MicroSD card so you can play games without having to plug in the cart each time.

It comes in two parts – the cartridge adapter and the main system itself – and has its own controller. An optional accessory allows you to use original joypads with the system. The unit can play Famicom, Super Famicom / SNES, Mega Drive / Genesis, Game Boy, Game Boy Color, Game Boy Advance and PC Engine games out of the box, while adapters will allow you to run Master System and NES games. 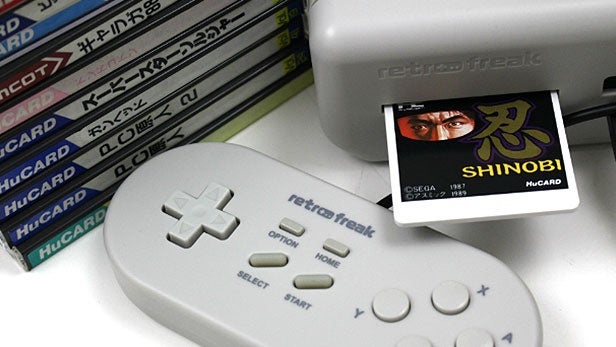 The Retro Freak isn’t going to win any awards when it comes to industrial design. It’s a relatively plain block of plastic peppered with cartridge slots for the various systems it supports. On the top are the slots for the Super Famicom / SNES, Famicom and Mega Drive / Genesis, while on the front you’ll find the PC Engine / TurboGrafx-16 and Game Boy slots, as well as three USB ports, into which you plug controllers and other USB accessories.

The unit itself actually comes in two parts. The bulkier of the two is the cartridge adapter, which can be disconnected from the main unit – which is much small, around the size of a game cartridge, making it extremely portable. The small unit has ports for power, HDMI and MircoSD media, and also showcases the power button to turn the whole thing on. Because it’s on the back edge, it actually took me a few seconds to figure out how to switch the console on.

The controller which comes with the Retro Freak is heavily inspired by the one which shipped with the SNES all those years ago, which is no bad thing. It’s well-made and comfortable to use, but you can plug pretty much any USB pad into the console thanks to the fact that it uses Google’s Android OS. We tried a range of pads – including the PlayStation 4 DualShock 4 controller over a wired connection – and they worked like a dream. There’s no Bluetooth included, so you can’t use wireless pads. 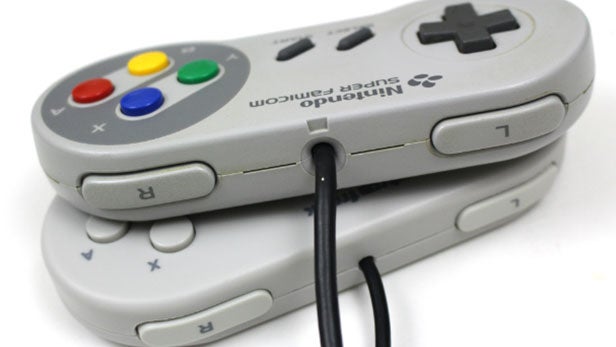 The Retro Freak – like the very similar Hyperkin Retron 5 – uses Android as its operating system. However, the main menu is entirely bespoke, and presents you with a range of options when you turn on the console. You can mess around with various screen filters to get the image you want, and it’s possible to install cheats or configure controllers. Plugging a cart into one of the available slots triggers a short loading sequence as the game data is dumped into the console’s memory, and information on the game – such as its title, developer and release date – is shown, assuming the title is present in the console’s pre-installed database.

You can then load the game, or – if you have a MicroSD card present – download and retain the ROM. This means once the cartridge has been “dumped” once, it’s not required to play that particular game again in the future. As an added bonus, you can also download save game information from cartridges and store them on the Retro Freak – a very handy feature if you have an old cart which is dangerously close to experiencing battery backup failure after decades sitting in your cupboard.

The screen filters are, in all honesty, pretty useless – most of them make the graphics look like they’ve being viewed through a coat of Vaseline. You can apply scanlines for that authentic CRT appearance, but I personally feel the default setting is fine – it shows off those lovely blocky pixels perfectly. Another big benefit is the presence of save states, which means when you exit a game you can load it up again at exactly the same point – even if it doesn’t come with built-in save game functionality. It’s also possible to install cheats which unlock elements such as infinite lives and ammo, depending on the game you’re playing. Another cool feature is the ability to apply patches to cartridges to change content. A good example would be taking a Japanese RPG which never saw release in this part of the world and adding a fan-made translation patch so you can finally play it in English. 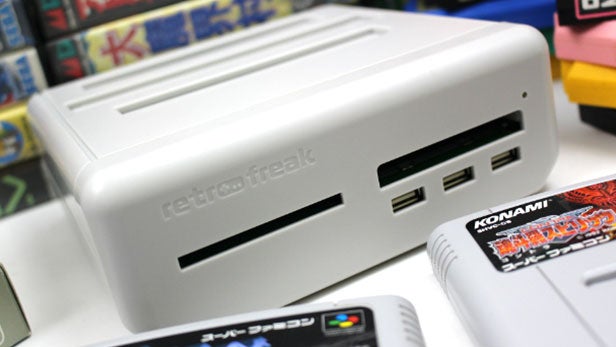 Although it’s running a cheap and cheerful Rockchip 3066 “system on a chip”, the standard of the emulation is excellent, with all of the games I tested running full speed and without any issues. However, no emulation is totally perfect – the only way to get that is to use a really good hardware clone or the original hardware itself – and I did notice that some of the sound was a little off on Mega Drive and NES titles. Unless you’re a seasoned veteran, you most likely won’t tell the difference, however.

Cyber Gadget intends to offer firmware updates over time, and because the Retro Freak lacks wireless connectivity you’ll need to undergo a rather annoying upgrade procedure which involves writing an update request to the MicroSD card from the console itself, inserting it into a PC, downloading and verifying the update file, and plugging it back into the Retro Freak to initiate the upgrade. It’s a bit of a pain, but at least the system can be improved and augmented as time goes on. 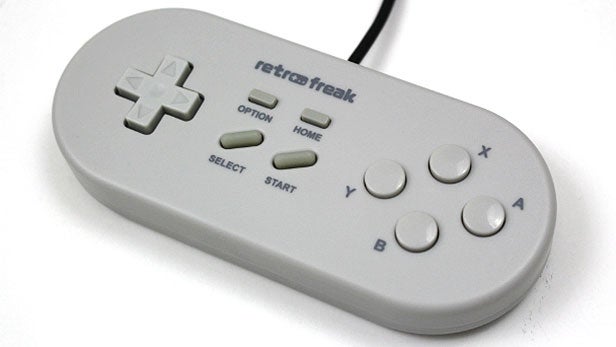 Should I buy the Cyber Gadget Retro Freak?

If you’re in the market for an all-in-one retro gaming solution then the Retro Freak comes highly recommended. It’s compact, feature-rich and supports a wide range of classic systems including the PC Engine, which is something its big rival the Retron 5 doesn’t have. However, it’s worth noting that the Retro Freak lacks support for NES games without an additional adapter, which could be a deal-breaker for hardcore Nintendo fans. Another issue is that the Retro Freak doesn’t allow you to use your original pads. You’ll need to stump up for an extra accessory for this. The Retron 5, on the other hand, has various ports located on its casing for this very purpose.

The ability to dump ROM data from cartridges is a real selling point for the Retro Freak, as it allows you to have your collection all in one place without having to drag cartridges out of storage. You can save everything to a MicroSD card and carry the smaller, main module of the Retro Freak around with you, taking it to friend’s houses for vintage gaming nights. However, this feature is something of a double-edged sword. It’s also possible to download ROMs off the internet and play them from the MicroSD card, which makes the process of dumping your own games almost pointless. We suspect that a great many people will simply buy the console and merely use ROMs from the web, but at least you have the option to keep using your original games if you want to.

If you value being able to play NES games and crave support for original pads, then the Retron 5 is arguably the better choice right now. But the Retro Freak does offer advantages, such as PC Engine support, ROM dumping, a superior user interface and a smaller, more compact physical footprint. The pad you get with the console is also much better than the one that ships with the Retron 5. 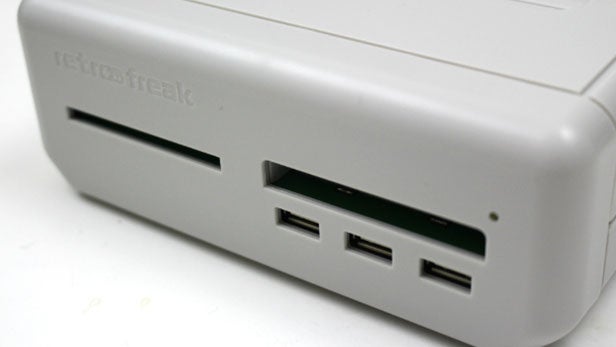 A retro gamer’s dream come true, the Retro Freak is an all-in-one hardware solution for those who have a vast collection of vintage games, but also allows for more shady ROM-related gaming if you don’t feel like spending hundreds of pounds on real carts

Thanks to Play-Asia.com for supplying the Cyber Gadget Retro Freak used in this review.