Greek audio brand Crystal Acoustics (née Audio) has earned itself a reputation in the UK as a purveyor of great-value home cinema speakers. Its systems don’t cost the earth but retain an aura of quality that put cheapo all-in-one speakers to shame. We’ve already seen what the company is capable of with the terrific TX-T2-12-BL and BPT5-10BL, and we’re hoping for more of the same from the BPS-10. 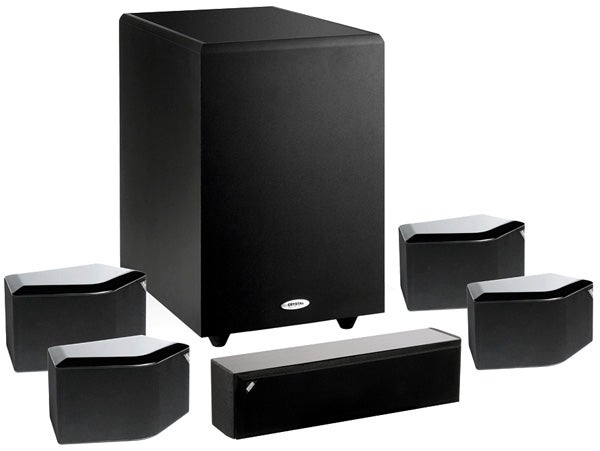 This system is the little brother of the BPT5-10BL and, like its sibling, the BPS-10’s big selling point is the use of bipolar technology to deliver surround sound that’s faithful to the real cinema experience. We say ‘little’ brother, because the BPS-10 uses two pairs of dinky satellite speakers (BPS2.0-BL) for the front and rear channels as opposed to the BPT5’s towers, making it much more living room friendly. These satellites also make it £50 cheaper than the tower system, bringing the price tag to an alluring £550.


That asking price becomes even more impressive once you get the satellites out of the box. Manual inspection reveals solid, satisfying build quality, with each one weighing 2kg and measuring a compact 220(w) x 120(h) x 120(d)mm. The bipolar driver configuration gives them an unusual pentagonal shape that can be placed horizontally or vertically.

Each one boasts a delectable gloss black lacquer finish on the top and bottom panels, sandwiched between which is a silky cloth that covers the entire front section. Their sleek styling and discreet shape allows them to blend beautifully into your room, and if you’re short on bookshelf space the sats can be wall-mounted using the brackets in the box.


However, on the back is a pair of springclip speaker terminals, which is a bit of a no-no for dedicated home cinema speakers. The small holes make it tricky to connect thick cables and the contact is a bit clumsy, but we’ll cut Crystal a little slack as you don’t reach affordable prices like this without cutting one or two corners.


Inside the satellites is a pair of 7.5cm aluminium midrange/bass drivers, wired in-phase, each one placed on tilted sides of the front baffle. This disperses sound in different directions, spreading sound into the room. These are accompanied by a 2.5cm silk dome tweeter in the middle that reaches high frequencies of 22kHz.

Accompanying the bipolar satellites are the same centre speaker (LCR-BGL) and subwoofer (THX-10SUBT-BL) found in the BPT5-10BL system. It’s worth noting that Crystal Acoustics offers a range of other bipolar systems with a mixture of towers and satellites, plus all of the speakers are available separately.


The timbre-matched centre speaker is fitted with the same drivers as the satellites (two 7.5cm mid/bass drivers, 2.5cm tweeter) and can also be installed horizontally or vertically. It’s a slim, unobtrusive unit with an attractive gloss black finish to match the sats, plus there are wall-mounting holes on the back. 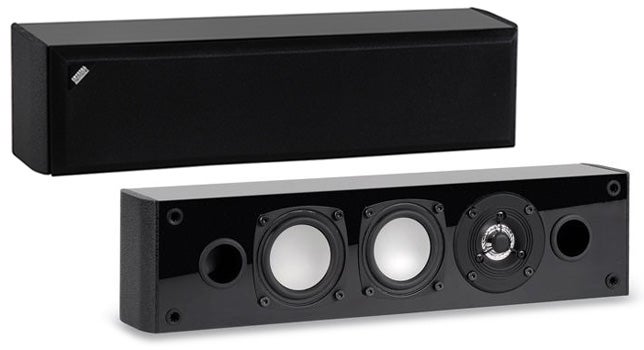 On bass duties is the THX-10SUBT-BL, which as its catchy moniker suggests is THX Select certified – a real boon for such an affordable package – and is suited to rooms of up to 2,000 cubic feet. At 475mm high and 470mm deep, it’s a big box (particularly when placed next to the compact sats) so clear plenty of room before installing, but it’s attractively styled in a minimal black finish.


On the inside is a 120W amplifier and a 10in long throw driver that incorporates a light, rigid treated paper cone. It’s all housed in an ‘acoustically dead’ enclosure, achieving a frequency range of 20Hz to 350Hz.


Like any good sub, there’s a range of controls on the back, including a THX switch that instantly meets the THX spec, a volume dial, phase switch and a line input. 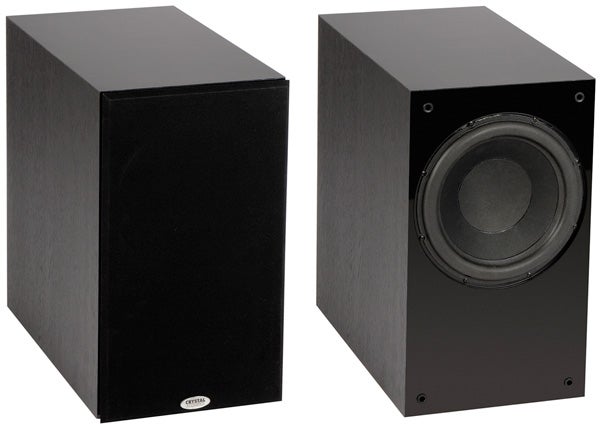 
With ”Iron Man 2” on Blu-ray, the sound is generally crisp and open, with those articulate satellites digging out loads of the movie’s detail. Subtle bleeping and whirring noises inside Tony’s workshop are clearly audible.


Tony’s dramatic entrance at the Stark Expo really highlights the benefits of those bipolar speakers. The multidirectional drivers deliver a spacious, expansive wall of noise, engulfing the room with cheering crowds and reverberating rock music – it’s like you’ve got a front row ticket. Individual noises can still be pinpointed, but this system is more about plunging you deep onto the action, and on that score they succeed.


Where they’re not as successful is in delivering the extra touch of raw, dynamic punch that turns a good performance into a scintillating one. For around the same price, a system like the Teufel Theater 100 offers more oomph and finesse, but then you don’t get that enveloping bipolar sound across the entire soundstage like the BPS-10.

So a little more kick wouldn’t go amiss but that doesn’t mean the BPS-10 is a slouch when handling dramatic action scenes. As Tony and War Machine team up against Hammer’s drones inside the Oracle dome, there’s a palpable air of excitement – the rattle of machine gun fire is beefy, the ping of bullets on metal steers clear of brightness and missiles explode with a hearty thump. 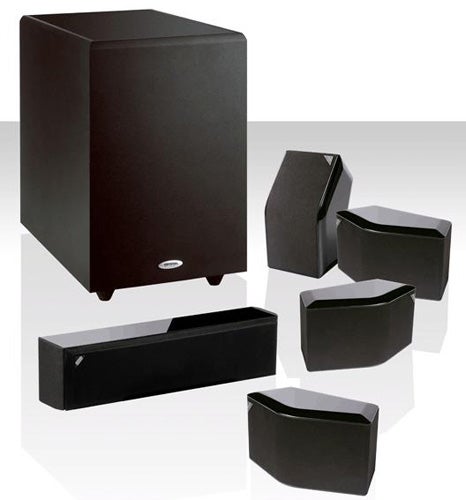 The sub is the system’s unsung hero. Its low end is potent and responsive, plus the seamless crossover with the sats ensures a coherent sound. The centre speaker also plays an important role, delivering speech with a clear, authoritative tone.


This pleasing performance is topped off by terrific music playback – crisp hi-hats dance around on top of robust midrange and solid bottom end. It doesn’t get inside songs like some systems, but there’s lots of detail. Enjoyed in isolation the satellites produce a surprising amount of bass without the sub’s input, but when involved the sub underpins the music with impressive subtlety and agility for such a big, powerful unit.


If you’re searching for invigorating, enveloping surround sound on a shoestring budget, then the BPS-10 might be a good place to start. For just £550 you get a robustly made, stylish and compact set of speakers that use their bipolar technology to great effect. The satellites’ sound is expansive and detailed, while the centre speaker and subwoofer do their respective jobs brilliantly. There are systems like the Teufel Theater 100 that offer more refinement and dynamism, but once again Crystal Acoustics has come up with another impressive system at a great price.