The MX100 got off to a mixed start in AS SSD’s sequential read and write tests. Its read pace of 519MB/s is one of the best scores we’ve seen, but its 331MB/s writing speed is the worst of any recent drive – every other SSD that’s been on our test bench has got beyond 400MB/s, and Crucial’s older M550 is also quicker.

The tables were turned in the 4K test. Here, the MX100’s read speed of 32MB/s was poor, but its 124MB/s write pace impressed. In the 4K-64 test, the Crucial did little to stand out – it was mid-table when reading and writing files.

Some of these patterns repeated in the CrystalDiskMark tests. The MX100’s sequential read speed of 509MB/s is excellent, beating pricier drives that couldn’t get past the 500MB/s barrier, but it disappointed when writing sequential files. In this test, the MX100 hit just 346MB/s – the worst score we’ve seen in this benchmark.

Once again, the MX100 proved capable when writing small files, but it faltered to one of the worst results we’ve seen recently – 35MB/s – when reading smaller chunks of data.

In CrystalDiskMark’s mid-range 512KB test the MX100 proved more capable. Its read and write speeds of 464MB/s and 149MB/s are impressive: the former is the best we’ve seen recently, and the latter is just one megabyte behind Samsung’s mighty 850 Pro. It’s also better than Crucial’s M550, which is older but more expensive and still on sale.

When reading 8KB files the MX100’s 187MB/s speed was several times slower than other recent drives, and it was a good distance between any rival when reading 32KB and 64KB files, too. The MX100 only caught up when handling larger files – when working with data in 256KB, 1MB, 4MB and 8MB chunks, its read speeds were as fast as other top SSDs.

The Crucial was more consistent when writing files, with speeds that only ranged between 336MB/s and 346MB/s. In one sense, that’s better – but those speeds are still a long way behind the 537MB/s top speed we recorded from the Samsung.

The MX100’s IOMeter performance was inconsistent. This drive’s all-in-one result of 2,426MB/s is the worst we’ve recorded from any recent SSD, but its read and write speeds are better: in the former test the MX100’s 35,839 even beat the Samsung 850 Pro, and in the latter the Crucial hit 35,745 – another Samsung-beating result. 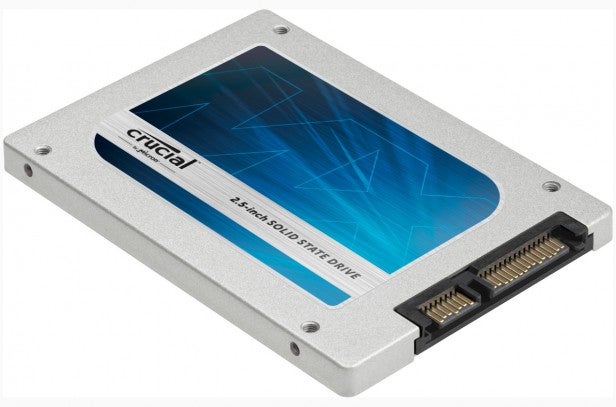 This Crucial drive is packaged with a three-year warranty, which would have been fine a couple of years ago – but now, with many contenders including five years of coverage, it looks a little short.

At least Crucial has been a little more generous with its box contents. The MX100 adheres to the modern 7mm form factor, but the firm includes a 9.5mm adapter with the drive, which means this SSD can be used in older devices without rattling around a drive bay. 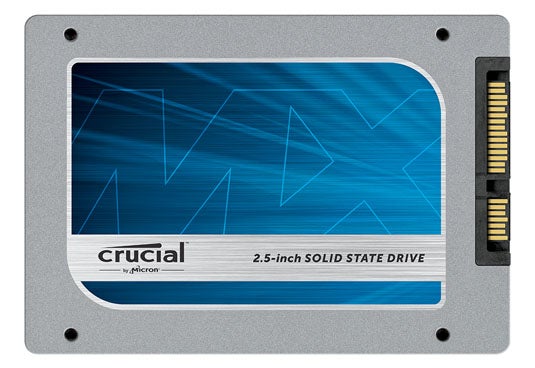 Should I Buy the Crucial MX100?

Crucial’s latest SSD is slower than most of its competitors in some of our benchmarks, but it kept up with its rivals in plenty of other tests, too. It’s also a better performer in many tests than the Crucial M550, which is pricier and still on sale.

Such inconsistent performance would usually put us off, but the low price makes up for the lack of consistency in our benchmarks. It may not break records, but this drive is an ideal option if you need SSD speed without spending vast amounts of cash.

Crucial’s MX100 is the cheapest SSD we’ve ever seen, and the low price makes up for its inconsistent performance – in some tests this is one of the best drives we’ve reviewed, and in others it’s near the bottom of the table. Still, it’s faster than any hard disk, which makes it a great option if you’re after SSD performance without battering your bank account.

Check out the battle between the AMD Radeon R9 280X and the Nvidia GeForce GTX 770, or find out about our favourite games from 2014