Haven’t heard of Cresyn? We’re not surprised. The Korean manufacturer of affordable audio kit has been around since the 50s in one form or another, but its current headphone range has only recently crash-landed in the UK. The Cresyn C720H are the highest-end model currently available. They’re huge, bold-looking and just £65. But if they sound as gaudy as they look, they could be in trouble.

Cresyn is a budget brand, with headphones and earphones starting at less than ten pounds. Retailing for £65, the C720H fit into the lower mid-range of what you’d expect to pay for a decent set of over-the-ears cans. They’re made of plastic, apart from the pleather ear pads and leather headband – props go to Cresyn for including the latter though. 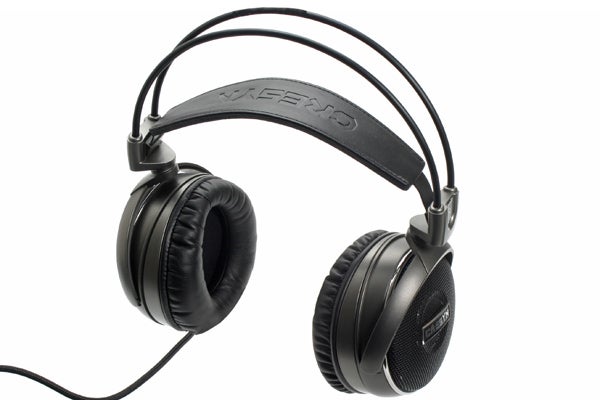 Each headphone is covered with a grille that indicates these might be an open-backed pair. They’re not. This grille is purely ornamental, laid on top of a standard black and silver plastic backing. This naturally adds a few millimetres to the bodies, and demonstrates the design philosophy that seems to be at work here – bigger is better.

Reducing the size of the C720H could perhaps have an adverse affect on sound quality, but it seems pretty unlikely on a set of cans of this calibre. Their closed-back design means you could take them on public transport without broadcasting your musical taste to your fellow passengers, but you’ll need to discard your shame and pride to do so – they really are that big. Especially if you’re a pale, white, middle-class male like the majority of the TrustedReviews team. 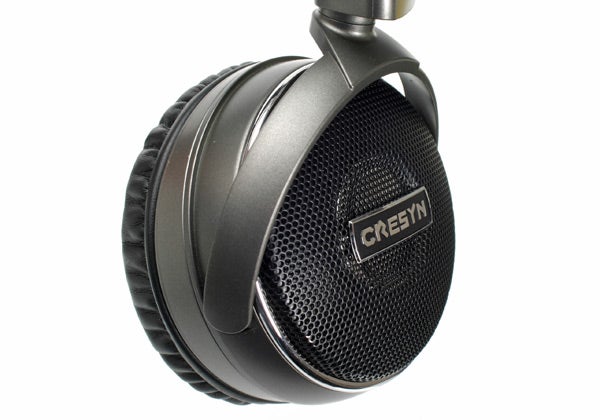 We took them out for a spin on the rail network to see how they deal with ambient noise, and found that in fact they only offer average noise isolation. The fit they exert on your head is a light one, so noise isn’t reduced as much as an IEM earphone or a tighter over-the-ears set. However, they obviously remain a much better choice for travelling than leaky ear buds or an open-backed pair.

Cresyn doesn’t intend the C720H as an on-the-go headphone though. The cable, which is non-detachable, is 3m long and braided – clearly meant for home use. Thanks to the fairly low-tech headband, kept in place with some form of rubber-band style material that passes through the band itself, we noticed an occasional annoying creaking sound when walking about with them on anyway, the movement causing small adjustments in the headband.

The jack is a dual 3.5mm and 6.3mm model. The 6.3mm extension screws in, making it look like a seamless addition rather than an adapter – rather neat. While the headphones themselves are rather plasticy and oversized, the cable and jack are surprisingly high-quality – even if the braided material simply covers a standard plastic cable.

The only unusual thing about the design of the Cresyn C720H is its ear pads, which are irregularly shaped, with a thin section at one end. When we received them, we found the positioning of the pads made it impossible to get the headphones to clamp on properly, reducing sound quality and decimating the otherwise comfortable fit. Thankfully, they’re circular and are happy to swivel around on the cups – so you should be able to get a decent fit with a couple of minutes of experimentation. For a moment we thought we had a 5/10 pair of headphones on our hands. Thankfully, post-tweak, they’re much better than that.

Thanks to iHeadphones for supplying our review unit.

The Cresyn C720H cost £65. For an over-the ears headphone, that’s pretty cheap – and there are fairly few closed-backed sets available at this price. Sony offers the bass-heavy MBR-XB700 and Sennheiser the basic HD62, but at this point and above many manufacturers tend to revert to open-backed ‘phones, which can offer a more “airy” high-end sound with the same quality components.

We didn’t expect much from the Cresyn C720H, and they thoroughly exceeded our expectations. On the box, they boast their “natural acoustic sound”, something we’d usually reject as pure marketing hot air. But here it’s an accurate summation of the sound signature. 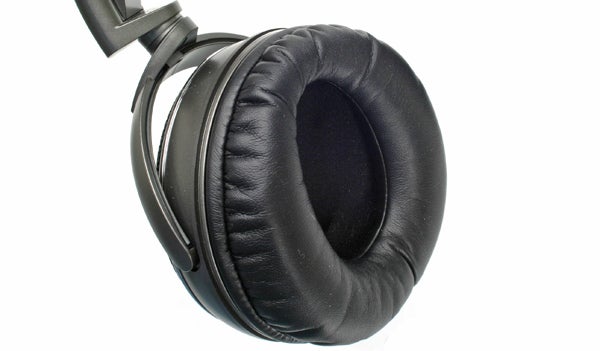 The sound is wide and open for a closed-back set, bass is pleasantly understated and realistic – unlike the rival Sony XB700 with their comically inflated low-end – and the sound is incredibly balanced for such an affordable pair. They’re so easy on the ears that you can listen to them all day without any of the fatigue you’d get from a brasher headphone.

The Cresyn C720H can comfortably compete with headphones costing three times the price – on sound if not looks or build. It’s like watching a teenage art student coming up with a work that’d win them a solid pat on the back at degree level. They have no right to be as good as they are. 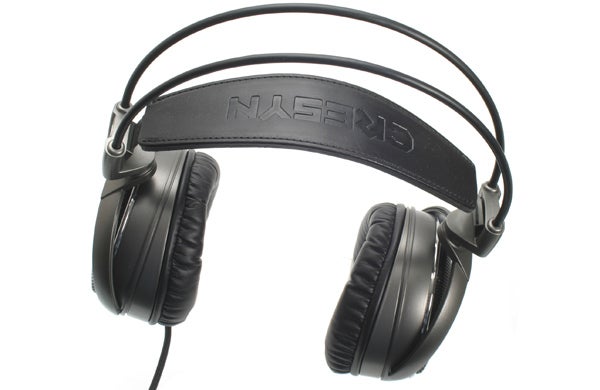 Still, they’re not perfect. Treble rolls off at the top end, which can lead to a slightly veiled sound to vocals compared to brighter sets. This can be remedied with EQ’ing though. It’s testament to the quality of the 4cm drivers that even the iPod Classic’s remedial built-in equaliser can give that much needed high-end boost without spoiling the sound with harshness, sibilance or distortion. They’ll benefit from a headphone amp, but are also happy to be driven directly by a standard headphone output from an MP3 player or Hi-fi.

Bass hunters may not be entirely satisfied with the level of bass boom here, but to our ears it sounds natural and right in the vast majority of music genres. It’s only that extra treble bite we miss. Add it in with equalisation and the Cresyn C720H offer a remarkably high-end, “audiophile-like” sound. By this we mean it offers accuracy, balance and detail over bludgeoning blunt instrument bass or a skewed mid-range designed to add an aggressive edge to music.
For those without the cash to splash, these are a viable alternative to the Sennheiser HD600 and HD650, and the AKG K701. Sure, it may not match them across the board, but they cost three to four times the money – and are arguably more convenient due to their closed-back design. 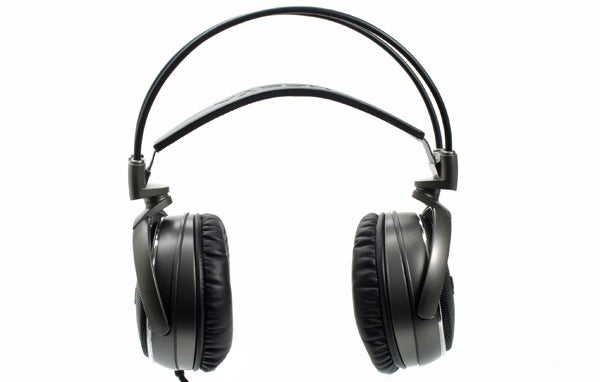 The headphone design equivalent of a puffa jacket, the Cresyn C720h aren’t the most sophisticated-looking headphones around, but their sound is pure class. We’re yet to hear a pair of closed-back headphones at the price that can match them.

If the oversized look and slightly plasticy build aren’t enough to put you off from the start, these headphones represent an incredible bargain. Put aside that you haven’t heard of Cresyn before and buy them already.

Thanks to iHeadphones for supplying our review unit.