Creative has this notion that wireless is going to be the next big thing in portable audio. More specifically, Bluetooth is the wireless medium in question and it’s a primary feature of the ZiiSound D5.


It’s not a particularly crazy idea – Bluetooth is about as ubiquitous as a technology gets. You’ll find it in devices ranging from the Apple iPhone to the Samsung YP-R1, and many in between. The advantage that gives the ZiiSound D5 is obvious – unlike speaker docks, which are almost unilaterally built with Apple’s players in mind, Creative’s ZiiSound D5 will work equally well with anything that can connect to it. 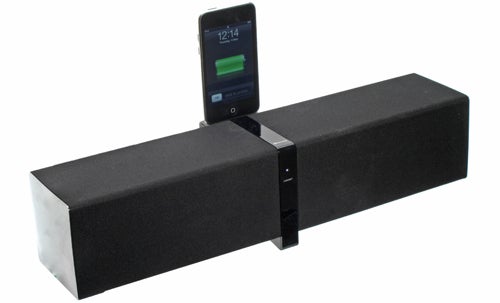 The tastefully understated design could almost have spawned from the studio of Dieter Rams. Call us controversial, but to our minds the ZiiSound D5 looks more like the little brother of the B&W Zeppelin than does its actual descendant, the Zeppelin Mini. Certainly, there’s a feeling that you are looking at £279.99-worth of audio equipment.


Its black mesh cloth covering hides a noteworthy aspect of the ZiiSound D5’s design, namely its monocoque construction. The theory is that by reducing the number of parts used in the speaker’s construction, it’s less likely to affect the audio produced by the speaker cones mounted in it. Although Bluetooth is the intended connection to be used with the ZiiSound D5, Creative has still included a 3.5mm aux jack at the device’s rear. This is accompanied only by the power input and on/off button. 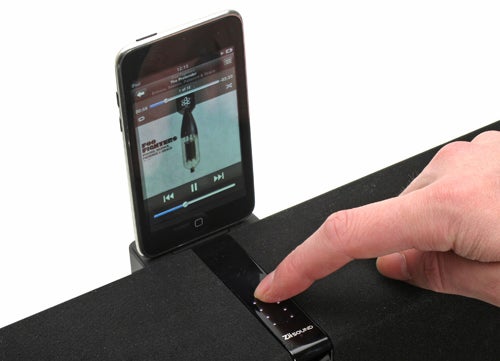 The central strip of plastic is home to the only two controls on the ZiiSound D5. At the front is a connect ‘button’ (actually a touch-sensitive area, but you get the idea) used to place the device into syncing mode, while the top surface is a touch-sensitive volume control. This is excellent if you want to go from quiet to ungodly loud but not if you want to make any subtle adjustments.

Fortunately that’s not likely to be an issue very often, because it’s only when using the 3.5mm connection that the device’s own volume control needs be used. Wirelessly connected devices can take remote control of the ZiiSound D5’s volume level. As such there’s no dedicated remote included with the speaker – not that we ever found that a problem.

To say that the ZiiSound D5 uses Bluetooth doesn’t tell the whole story; Creative is well aware that Bluetooth isn’t the best transport for quality audio. As you know, the Advanced Audio Distribution Profile (A2DP) provides a maximum possible 723kbps of bandwidth which, in the real world where theoretical maximums are never reached, leads to degradation of audio transmitted via Bluetooth.


To counter this, the ZiiSound D5 uses a third-party codec called apt-X, which compresses the audio stream. The downside of this is that a dongle is required, as it has the encoder built-in. One is provided in the box for the iPhone and, in fact, any iPod with a 30-pin dock connector. Rumour has it that future Creative players will come with native support, but there’s no official word on that yet.

There are benefits to the use of a dongle, though. The primary one is hinted at by the three metal contacts on the dongle’s back. These match up with a set found in a slot located towards the back of the ZiiSound D5, into which an iPod can be docked. So the ZiiSound D5 is actually an iPod speaker dock in a sense.


Another advantage of using a dongle is that there’s no need to pair with the speakers. If you have more than one iPod in your household that’s actually quite a big bonus – getting the ZiiSound D5 to cycle through paired devices can be harder than it sounds. 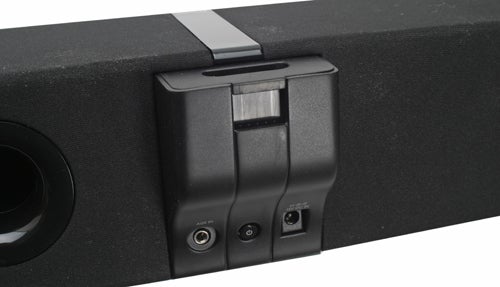 The ZiiSound D5 is also compatible with the same USB dongle bundled with the Inspire S2 Wireless speakers, as they also feature apt-X. Otherwise, any device with Bluetooth built-in that’s able to stream music over that connection will work, albeit without the advantage of apt-X doing its magic.

That’s a shame, because apt-X makes a tangible difference to the quality of the ZiiSound D5’s output, as was demonstrated when we used an iPod touch to switch between its built-in Bluetooth and the bundled dongle. Sub-band encoding, the fall-back alternative where apt-X is unavailable, just doesn’t cut it in comparison.


Importantly, the ZiiSound D5 produces a high quality enough output to warrant the improved input. There’s a surprising amount of bass for such a small system and it doesn’t overwhelm the overall balance, instead adding a pleasing level of depth and warmth. 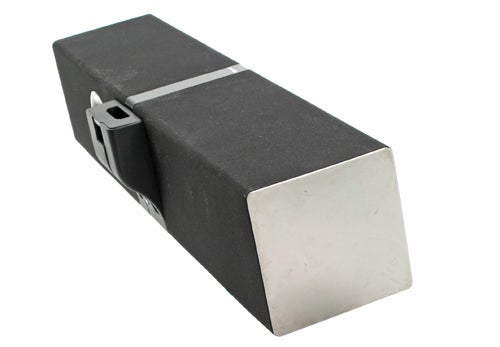 There’s also great mid-range clarity, with vocals coming across particularly well. This is rounded off nicely with a crisp high-end too. Furthermore, the ZiiSound D5 produces a surprisingly wide soundstage for such a compact system, with defined stereo separation, as long as you don’t get too close.


It’s no exaggeration to say the ZiiSound D5 can get pretty darned loud. The device had no problem spreading its audio throughout our office so unless you live in a particularly sizeable mansion you’ll get room-filling sound in a home environment. Importantly, there was no significant deterioration in quality when cranking the volume up. 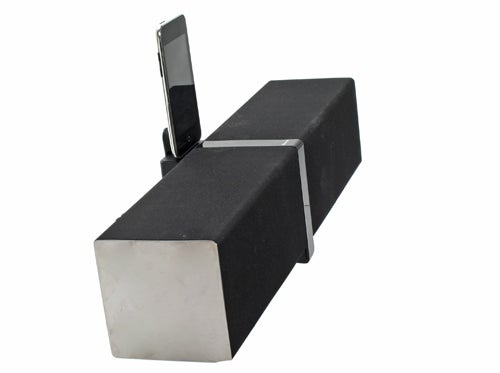 We’d probably still give the sonic advantage to the similarly-priced B&W Zeppelin Mini, but it’s a close run. Where the ZiiSound D5 wins out is its versatility and, verging onto the subjective, its looks.


Creative isn’t targeting the budget-constrained with the ZiiSound D5 – its £279.99 price tag makes that clear. It’s not hard to see what that money is buying though. The ZiiSound D5’s Bluetooth connectivity is well-implemented and it both looks and sounds great.