Small MP3 players tend to get typecast as sporty gadgets – things to pin to clothing while you strut those pounds off. However, the Creative Zen X-Fi 3 isn’t really geared toward sport. It doesn’t have the clip of the SanDisk Sansa Clip Zip or Apple iPod Nano, or any sport features like a stopwatch or pedometer. What does the Zen X-Fi 3 have? Plenty of non sport-related features, but the small-but-thick body and simple-but-dated UI make us favour the Sonys, Apples and Cowons of this world.

The Creative X-Fi 3 is a curious bundle of contradictions. The first one to strike is that while this is a palm-sized MP3 player, it’s pretty chunky. 14mm thick by our measurements, it’s as chunky as the Sandisk Sansa Clip Zip – and much of that player’s thickness is down to a robust belt clip. 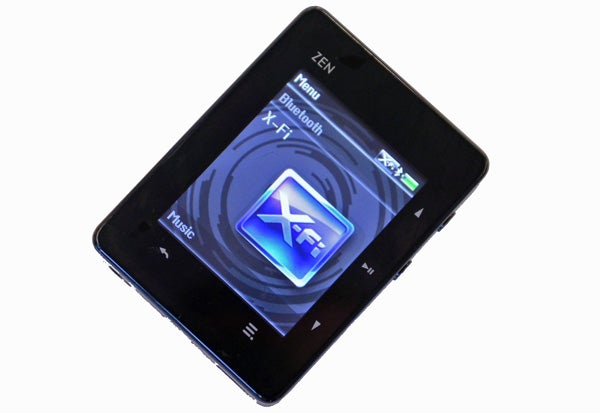 The impression the Creative X-Fi 3 leaves is one of a small brick. Some may find it cute, but now that players like the iPod Nano are well-established, it seems archaic. Forget about the chub factor and the look isn’t too bad. The back and front are glossy black plastic, and its sides metallic grey plastic. One issue we encountered with the plastic-fronted screen was that it is quite scratch-happy, unlike the glass front of players like the iPod touch. After a few weeks rummaging around in your pocket with a pair of keys, it won’t look so great.

However, as with many non-Apple MP3 players, the X-Fi 3 comes with its own share of hardware benefits. On its left edge is a rubber flap that covers the microSD slot. The £89 version of the player includes 8GB internal memory, but having the slot to use makes upping this to 40GB fairly cost-effective. 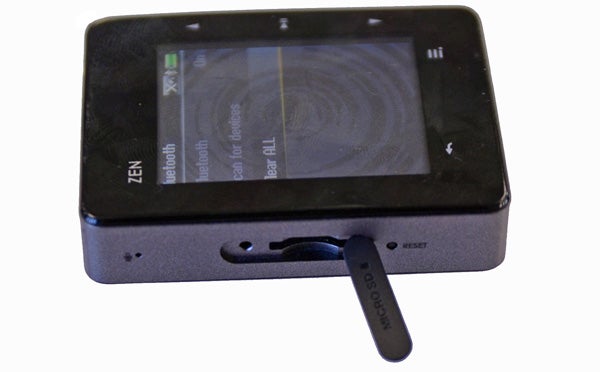 Another neat feature of the player is the internal speaker, which sits on its bottom. Nowadays, it’s rare to see one in MP3 players, let alone small ones. It is something of a throwaway feature, though, producing sound quality and volume beaten by most smartphones.

To either side of this speaker sit the 3.5mm headphone jack and the miniUSB socket. Using this socket rather than the now much more common microUSB is another element that signposts the Creative X-Fi 3 isn’t exactly cutting-edge. 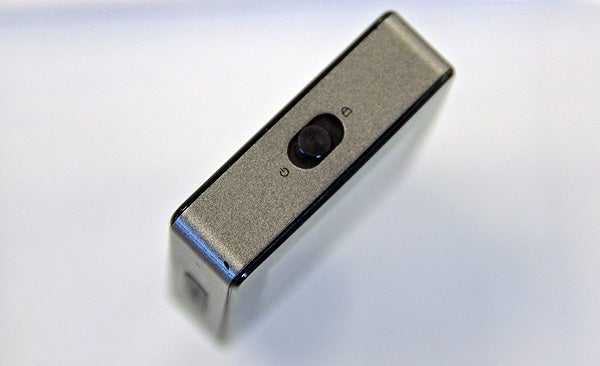 To try and seem like it’s in with the cool kids, the X-Fi 3 uses touch controls rather than clicky buttons, for the most part. There’s a power/lock slider up top and volume control buttons on the right edge, but all menu navigation is handled using the five touch buttons in the front layer.

They are teeny little capacitive sensors, and handle library browsing and music playback. They don’t feel particularly good, lacking any sort of feedback, and are frequently temperamental. 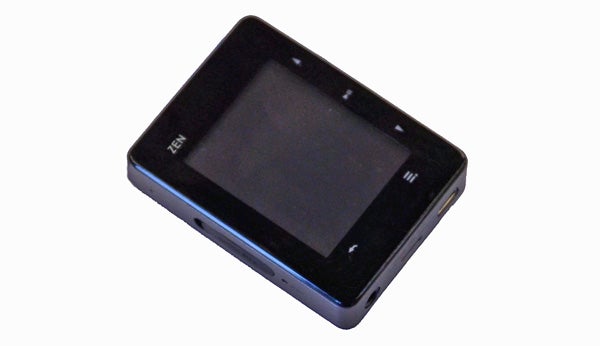 It’s a classic worst of both worlds situation – you can’t feel around the player with a finger to change tracks while it’s in your pocket and yet as each button is clearly labelled with a white icon, they don’t even provide that seamless a look.  We’re glad Creative didn’t use the resistive screen tech seen in the previous-gen X-Fi 2 player, but these touch buttons represent the most problematic part of the player.

The interface that the capacitive buttons direct you around in the Creative X-Fi 3 MP3 player isn’t white hot, either. The main menu makes poor use of the 2in screen, filling half the screen with a giant icon when it’d be beneficial to see more of the other menu options. Creaky, questionable design choices like this affect the player in a way that’s common among music devices not made by manufacturers like Sony and Apple – including some of our favourites like the Cowon J3.

For example, while music library navigation looks entirely standard and iPod-like, the arrangement of the touch buttons means you skip forward and back through tracks by pressing “up” and “down”, where people tend to think of this as a left/right move. 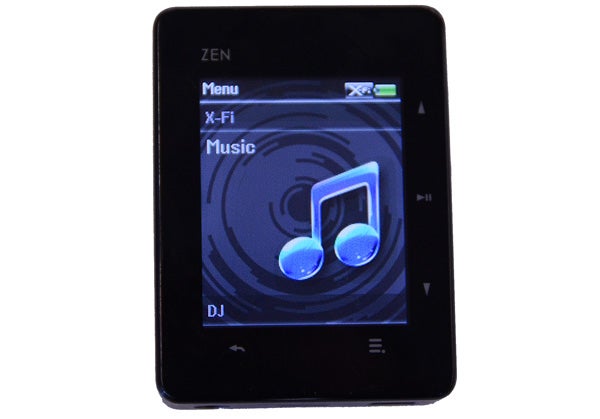 When flicking through a library, it feels as though the X-Fi 3 should have a full touchscreen too, with your thumb positioned perfectly above that entirely inert plastic surface. Using the capacitive buttons is a little slow, and this sense of clumsiness is reinforced by the lack of interface gloss. There are no transition animations, scrolling is pretty slow and the screen isn’t high-res enough to make text look sharp and clean.

Given the Creative X-Fi 3 sells for just under a hundred pounds, display performance is a little disappointing. It’s clear enough, but there is clear contrast shift when tilted the wrong way. Screens this small often manage to avoid such display problems.

There are a handful of quibbles to make about the hardware and interface of the Creative X-Fi 3, but its features list is much less problematic. Aside from basic music playback, it offers an FM radio, voice recording using the inbuilt microphone, and Bluetooth with support for the aptX codec.

This offers much better-quality Bluetooth streaming than standard SBC codec, all-but removing the quality loss of wireless streaming. Bluetooth headphones and speakers like the Sennheiser MM 550 Travel and Creative ZiiSound D5 make great use of this feature, which is missing from almost all budget players.

Other non-standard features include lossless FLAC and Audible audiobook support. As useless a feature as video playback is without the optional video out cable, the Creative X-Fi 3 also plays Xvid and DivX videos, among others. Our test samples showed significant image and colour distortion on the tiny 2in screen, but SD DivX and Xvid files did play. MKVs did not, however.

Video is a tertiary feature at best, though. What about sound? Output is clean, clear, and very loud at maximum volume. There’s significantly more power on tap than an iPod Classic – roughly on-par with a Sandisk Sansa Clip Zip with the volume limit safely wheels removed. 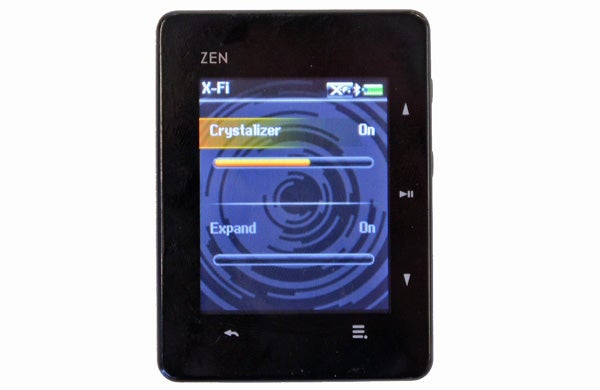 For sound customisation, the X-Fi 3 offers very basic equalisation, with four genre settings only, and the X-Fi engine. This is Creative’s alternative to Cowon’s BBE and Sony’s DSEE – all are designed to tweak digital music files to make them sound better. It features just two bits, the Crystalizer and Expand modes.

Crystalizer is intended to make music in compromised formats like MP3 sound as intended by the music-makers. What is it really? It’s an aural exciter that fiddles primarily with the top and bottom extremes of the frequency spectrum to add presence and punch to your music. Slight adjustments don’t do too much harm, but it causes flat-out distortion when maxed-out – and with a good pair of earphones you’re better off without it.

Expand messes with how the stereo channels are rendered in order to make content sound wider – more surround system-like. As lukewarm as we are about Crystalizer, we’re positively unconvinced by Expand. It definitely changes how music sounds, but not generally for the better. Expand robs sound of subtlely and makes the central channel in particular – where vocals tend to sit – sound quite unnatural as the information it holds is stretched across the stereo image. 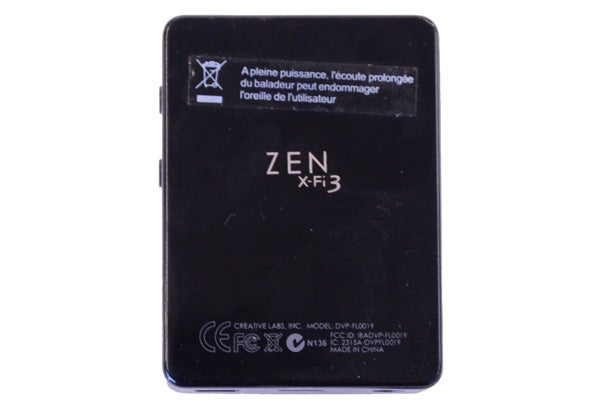 The X-Fi is not a good reason to buy the Creative X-Fi 3, being thoroughly outclassed by the Cowon J3’s BBE system. Basic audio quality is good though, and the supplied earphones are well above average. It comes with Creative EP-630 IEMs, which are a good alternative to top entry-level IEMs like the Sennheiser CX300 and Jays a-JAYS One.

Available for around £17.99, and often much less, they don’t boast true high-end sound but are good fun, with pleasantly over-emphasised bass and generally warm sound. However, with Bluetooth AptX and FLAC support the two features likely to lure in well-informed buyers, most will have their own earphones or headphones already. 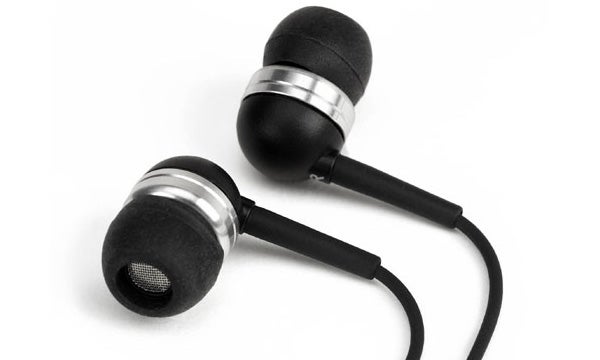 At £90, the Creative X-Fi 3 is hard to recommend. If you don’t need the Bluetooth function, the Sony NWZ-E464 offers better design, UI and battery life for around £20 less – if you shop around. And at half the price, but with a similar level of slickness, the Sandisk Sansa Clip Zip is also a good, lower-cost alternative.

The Creative Zen X-Fi 3 MP3 player sounds good, goes very loud and comes with an unusually good set of earphones. However, problems with the design and interface hold it back. The touch-sensitive buttons are annoying, screen quality is unimpressive and it’s surprisingly thick for a device of its size.