I know it’s unreasonable, but when I hear someone playing music through the tinny little speaker on their mobile phone – whether on the bus or walking down the street – I experience violent urges. I dream of tearing the offending implement from their grasp and grinding it to bits on the tarmac. I dream of pulling out the Ghetto blaster from hell out from under my capacious jacket and drowning out their insubstantial 50 Cent with some music of substance: Mozart’s Requiem or a bombastic blast of Old Blue Eyes himself. 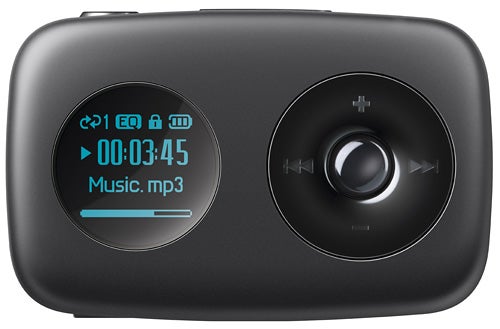 In milder moments, I think maybe I’d engage them in witty repartee, convince them of the error of their ways and that, actually, a pair of Sennheisers would allow them to enjoy their music more (and save us the trouble of listening to it). Instead, like the grumpy old men, I button it … and rant at people less likely to turn around and plant one on my delicate, well-manicured chin.


Clearly, the latest pocket MP3 players from Creative Labs are not aimed at me. For the main ‘improvement’ over the Zen Stone and Zen Stone Plus players is not better sound quality, more capacity or a better interface – it is, wait for it, a built-in speaker. 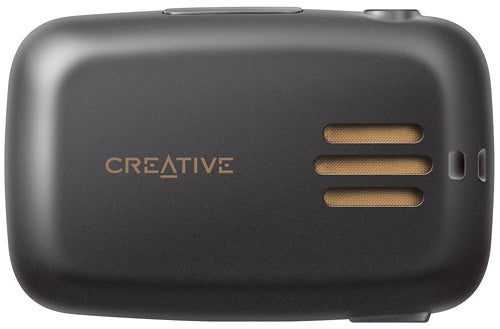 Personal preferences aside, this is quite a feat of engineering. The original Stone players were and still are among the smallest and lightest portable media players you can buy. The new versions with the speaker are bigger, but not by much – a few millimetres thicker at 17.5mm, a few grams heavier at 21g and roughly the same profile in width and depth.


And that speaker sounds remarkably good for its size too. Sure, it’s not going to win any awards for sound quality, and it is pretty tinny, but if you want to listen to some quiet tunes (or the radio via the FM tuner built into the Plus) as you work into the night in your hotel room on a business trip, it’s a nice alternative to headphones. Playing it out in public is obviously a heinous thing to do, but if you were to besmirch your good character in such a way, the Zen Stone Plus wouldn’t let you down. It goes pretty loud, though if you push it to the limit of its range it is prone to distortion.

And I suppose I have to admit, begrudgingly, if you like the idea of exercising to music but can’t face doing so with a pair of sweat-soaked earbuds stuck in your lugs, it might hold some appeal. But I do believe that Creative has missed a trick here. The Stone Plus would make a handy radio/MP3 alarm clock, for instance, but despite the fact the Plus has both clock and stopwatch facilities there’s no way of setting it to wake you up.


It’s a shame about this unfulfilled potential, but fortunately that doesn’t mean the Plus is a poor player. In fact it has seen other improvements, of which the best is its build quality. One of the problems I had with the original Zen Stone Plus was its shoddy, cheap, plasticky finish; it looked and felt every inch the budget player it was. This time around the Plus is far better put-together. And it has to be with competition from the likes of SanDisk’s Sansa Clip and Apple’s Shuffle offering such fantastic looks and features. 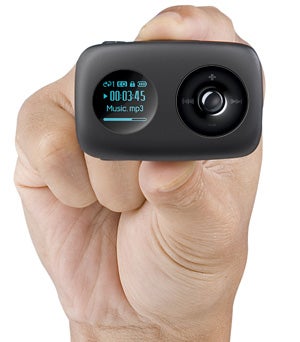 The black version I was supplied with for review had a smooth, slightly sparkly matte-black finish that both looked and felt luxurious – about as luxurious as a sub-£50 MP3 player is ever likely to get. And in a nod to the intense competition from the aforementioned rivals, the Plus now comes with a clip-equipped silicone rubber skin – with a hole at the rear, of course, to let that speaker breathe.


And there are plenty of other features stuffed into the Plus’ tiny frame: there’s an FM tuner and stopwatch, as mentioned earlier, plus an external microphone. Battery life is also a respectable 20 hours, while music file format support caters for the most popular formats – MP3, WMA and AAC – though Ogg Vorbis isn’t included. I like the fact that connection is still made via mini-USB, not a proprietary one or the annoyingly fiddly micro-USB standard, despite the Plus’ diminutive dimensions. 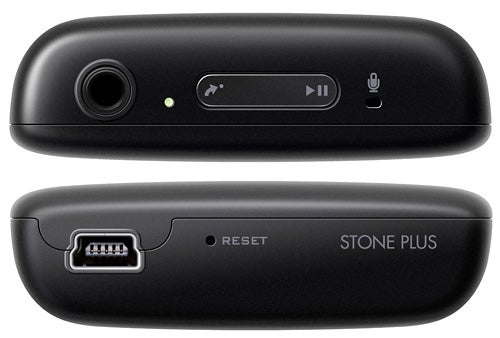 Sound quality, with headphones connected, is Creative’s usual excellent blend of power, punch and dynamics. The Zen Stone Plus puts many other more expensive MP3 players to shame with the way it sounds. Hook up even an expensive set of cans to this diminutive player and you won’t be disappointed.


It’s certainly better in this respect than the Sansa Clip, but in back-to-back tests the difference was smaller than I had expected. Kicking off with a little of Newton Faulkner’s brand of acoustic guitar rock and it’s clear that the Creative is the more subtle, smooth and detailed of the players; there’s a real clean edge to the plucked guitar strings, and the music just sounds lighter. Sibilants aren’t as harsh as they are with the Clip and the Creative is, as a result, a touch easier to listen to.

However, the Stone Plus loses out to the SanDisk’s Sansa Clip on sheer power and bass. Leaving the EQ settings alone on each player, a quick blast of Chicane’s ”Halycon” pounded out with a much richer and juicier bottom line on the thinner, lighter Clip. But the depth, warmth and subtlety of the Creative shone through, and a slightly superior punch made up for the lack of really low notes. The supplied earbuds aren’t up to the quality of this output: they sound muffled and boxy, but there is at least a half-decent amount of bass on offer.

The big bugbear with this Creative player, however – the thing that makes me want to throw it on the floor and grind it into oblivion more than anything else – is its awful interface. Though it has a screen, this is largely redundant. It’s handy for changing settings and seeing which track is playing, but browsing the tracks on the player is still as much of a joke as it was with the previous version. You simply can’t do it while listening to another track: instead the Plus automatically begins to play tracks from each and every folder as you browse to it. As a result, the Plus is best viewed as a slightly enhanced version of the Zen Stone or iPod Shuffle, rather than a full-blown MP3 player. This is an area where SanDisk’s Clip simply blows it away.


The Plus isn’t a bad portable player. In fact if you absolutely have to have speaker output, there’s no competition (literally). Samsung’s speaker-equipped S5 is much more expensive and bigger too.


Build and accessories have improved over the previous version, sound quality – as ever – is very good, and there’s a decent selection of features. It’s also reasonably priced at £37 for the 2GB Plus. But the Zen Stone Plus has been outstripped so completely in the area of usability and price by SanDisk’s Sansa Clip (around £7 cheaper for the same capacity) that all this still isn’t enough.


Perhaps if Creative had invested the time and money in addressing the Plus’ appallingly bad interface and navigation issues it would have had a chance. As it is, it remains a fun, but strictly niche, curiosity of an MP3 player.