What is the Creative Sound Blaster Tactic3D Rage Wireless V2.0?

The Creative Sound Blaster Tactic3D Rage Wireless V2.0 is a gaming headset that’s notable for offering wireless functionality at only £80. It’s also compatible with the PC, Mac and PS4, although sadly not the Xbox One or mobile devices.

All of this makes the Creative Sound Blaster Tactic3D Rage Wireless V2.0 an attractive headset for those who want wireless on a budget, while the high number of features and decent audio performance add to the overall package. 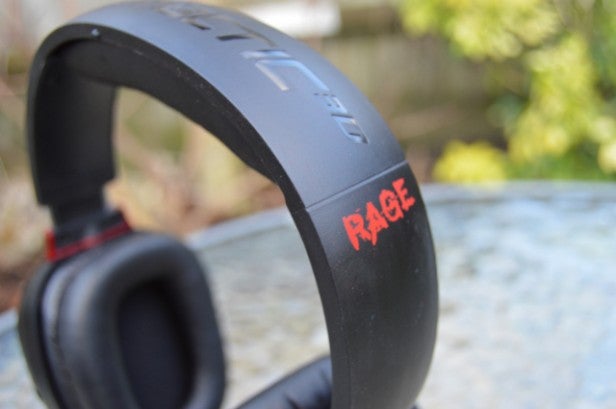 Creative is a venerable member of the computer audio scene, with its Sound Blaster brand being used to sell everything from audio mixers to dedicated sound cards for over 25 years. Creative’s gaming headsets are arguably held in less esteem, as dedicated manufacturers such as Astro, Razer and SteelSeries have done more to win over critics and fans in recent years. However, Creative’s offerings frequently offer more features than their competitors, often at a much more competitive price.

Enter the Creative Sound Blaster Tactic3D Rage Wireless V2.0, a wireless headset at the very low price of £80. Given that wireless headsets regularly start at over £200, this seems like quite a good deal. In fact, there’s relatively little competition at all this price point, aside from Turtle Beach’s similarly-priced Ear Force Stealth 400.

The Tactic3D Rage Wireless V2.0 is pretty boring to look at. While it thankfully avoids the gaudy features of some of Turtle Beach’s gaming headsets, Creative’s headset actually looks more like an office headset than a gaming one.

The few flashes of creativity that are present are unwelcome: the stupidly-long “Sound Blaster Tactic3D” logo is engraved across the headband, while the word “RAGE” appears in bright red lettering on each side, and may as well say “angry nerd”. If you want a gaming headset with at least some sense of style, then SteelSeries is the manufacturer to go for – just take a look at the SteelSeries Siberia Elite Prism. 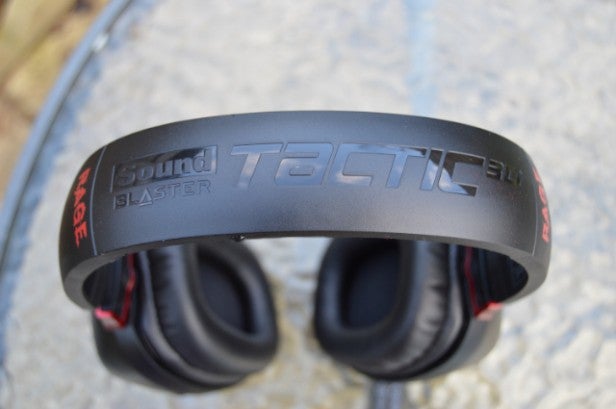 As well as the dodgy detailing, the headset also feels a little cut-price. The plastic on the headband and ear cups feels cheap, while the coating on the ear padding isn’t particularly luxurious. However, the headset itself is light enough to be comfortable for long periods of time, and Sound Blaster’s software will even intelligently minimize volume changes to reduce audio fatigue.

The controls on the Tactic3D Rage Wireless V2.0 are well-placed–you can increase or decrease the volume using the wheel on the back of the ear cup, while the power button is on the front. It’s sounds like a simple design choice, but Creative has kept things nice and simple on the headset, whereas Turtle Beach often overburdens its models with buttons.

The microphone completely detaches from the headset, but only the most organised of gamers will avoid losing this tiny mic during a heated gameplay session. Ideally, a microphone that recoiled into the headset would have been preferable, or even one that doesn’t detach at all. 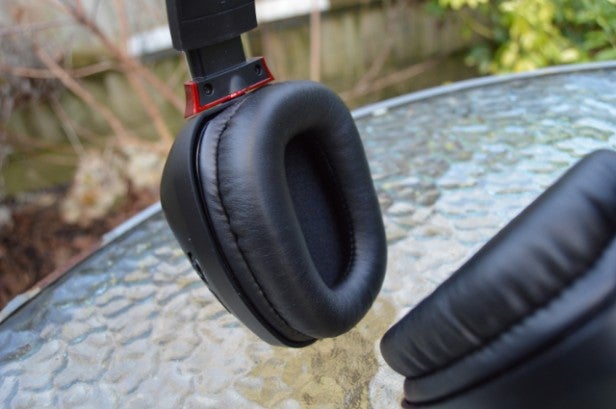 The appearance of the Tactic3D Rage Wireless V2.0 can be altered in one key way, and that’s through Creative’s “SB Prism” lighting technology. Using the SBX Pro Studio software on PC or Mac, you can choose the colour and intensity of the lights from 16 million permutations. It’s a nice touch, although whether you’ll want to keep changing the lighting between games is another matter. Thankfully, there’s an option to just have them rotate through the colour spectrum, or turn them off completely.

Wireless setup is a cinch; you plug the small USB receiver into your gaming platform of choice, install the driver on PC or Mac, and turn the headset on. If they’re not automatically synced, you can press a button on the USB Key-sized transmitter. Wireless range was actually pretty good for such a small receiver–we were able to move into a different room of the house, if not a different floor, and still listen to music. 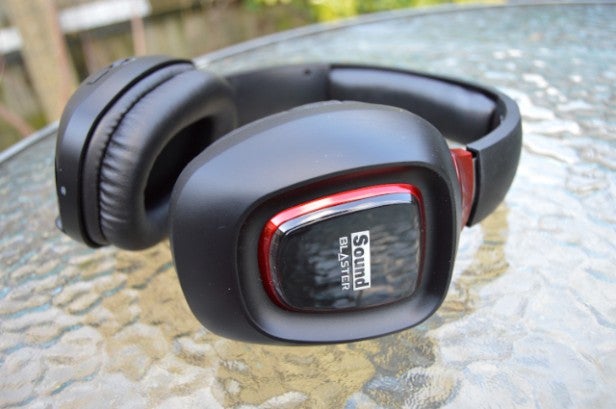 Battery life from the Creative Sound Blaster Tactic3D Rage Wireless V2.0 is excellent, lasting around 15 hours from our initial charge. Recharging is also simple–a USB cable is provided in the box, but as it’s micro-USB, you probably already have a cable lying around near your computer or PS4.

One major disappointment is that there there’s no option to use a wired connection on the headset. Most gaming headsets come with ports and cables to plug into a mobile or tablet, but this headset doesn’t, which seriously limits its compatibility. Turtle Beach’s Ear Force Stealth 400, for example, will work with anything that has a headphone socket. It’s a small but important feature that’s crucially missing from Creative’s headset.

There also isn’t a port to share audio with another player through a second pair of headphones, as there is on some of SteelSeries’ headsets. 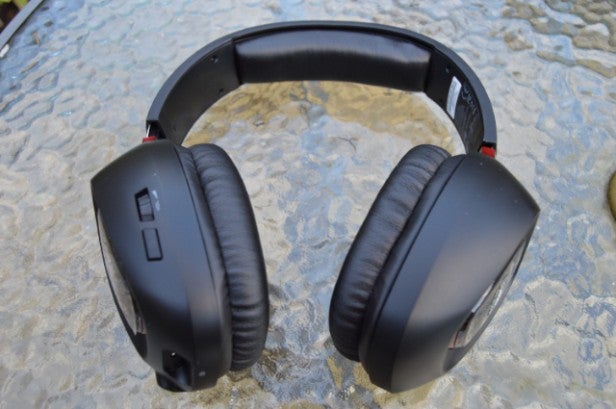 Creative’s SBX Pro Studio software for PC and Mac allows you to tweak the audio levels for both the headset and the mic. You can adjust the master volume for each, and then save that as a preset to use in certain scenarios or games. There’s also a long list of profiles for individual genres such as first-person shooters and driving games, as well as those from professional gamers, such as Team Dignitas.

Creative’s audio enhancement options really allow you to tweak options to your liking–you can do things like increase the bass, enhance dialogue or add surround effects. A lot of these features seem to be for the benefit of the back of the box rather than the end-user, but we did like the Smart Volume feature, which minimizes abrupt volume changes, so it won’t be quite as jarring when someone you’re playing online drops their headset to go to the bathroom or grab a beer.

Perhaps the most noteworthy feature in the software is Creative’s Scout Mode, which is new to this V2.0 model of the headset. This intelligently pulls out gentle audio cues such as footsteps and grenade drops, so that in theory you get a tactical advantage by hearing them earlier. This may be useful in competitive multiplayer games, but we found it distracting in single player games, and it was more of a hassle than it was worth to go into the software before each game to enable and disable it.

You can also enable voice presets to make you sound like mythical creatures such as orcs or aliens, although this is a fairly common feature of gaming headsets that we’ve never actually found a reason to use in real life. 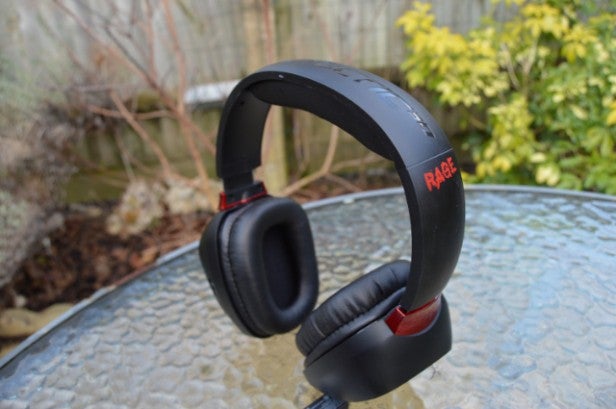 The software itself is ugly and slightly clunky, but you can’t fault Creative for the amount of customisation it provides. It’s debatable whether most users will actually use them, let alone keep switching profiles between games, but for power users, there are options here that you wouldn’t find on a lot of more expensive headsets, let alone ones at this price.

You get a lot for your £80 with the Tactic3D Rage Wireless V2.0, so it should be no surprise that the audio quality is acceptable, if nothing remarkable. The headset’s 50mm drivers provide a sound stage that’s detailed but not overly atmospheric, so we found we needed to boost both the bass and treble when watching movies. You get what you pay for though, and compared to other headsets at this price, even wired models, they actually sound perfectly reasonable. 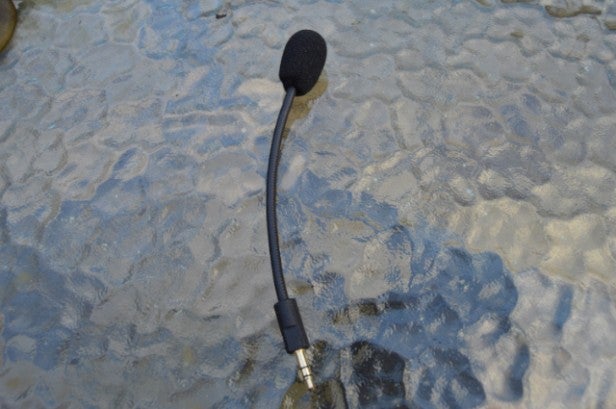 The Creative Sound Blaster Tactic3D Rage Wireless V2.0 may be one of the cheapest wireless gaming headsets on the market, but it still packs in plenty of features that you won’t find on competing products, such as customisable audio and lighting.

However, it also has some notable weaknesses. The complete lack of wired audio connection means it can’t be used with the Xbox One or mobiles or tablets. The overall build quality is lacking, the styling is questionable, and the detachable microphone is easy to lose.

Turtle Beach’s Ear Force Stealth 400 is the same price, and while it doesn’t offer the same customisable lighting features, it does work with a greater variety of devices. If you’re a dedicated PC gamer who doesn’t have too much to spend on a gaming headset but wants a wireless model, the Tactic3D Rage Wireless V2.0 is a good choice. Those who prefer to game on consoles or mobile devices would be better off with the Turtle Beach Ear Force Stealth 400.