While the Outlier Air v2 improve over the original, they’re not the best-sounding true wireless earbuds even in Creative’s own line-up. The introduction of touch controls and longer battery life adds more value, and the Super X-Fi tech helps differentiate them from other true wireless earbuds, but there are better-sounding options available at a similar cost.

While on the surface little looks to have changed with Outlier Air v2 true wireless earbuds over the original, Creative’s latest have had something of a spruce up.

This latest entry in the Air series beefs up the value with touch controls alongside Creative’s Super X-Fi audio tech.

We gave the Outlier Air and Gold four stars, describing them as steady, dependable but not quite class-leading. The question is whether the Outlier Air v2 have added enough value and performance to move this model from supporting player to main act?

Creative has decided that the Air v2 aren’t the earbuds to overhaul the look of its Outlier series. To be fair, the original design was pretty much spot on.

The changes made see the main body slimmed down for a more ergonomic profile. The result is a comfier fit, with v2 of the Outlier Air outright refusing to budge during runs. The fit establishes a rock-solid seal to block outside noise, and despite the slimmed-down appearance, each earbud weighs a gram more than the original. 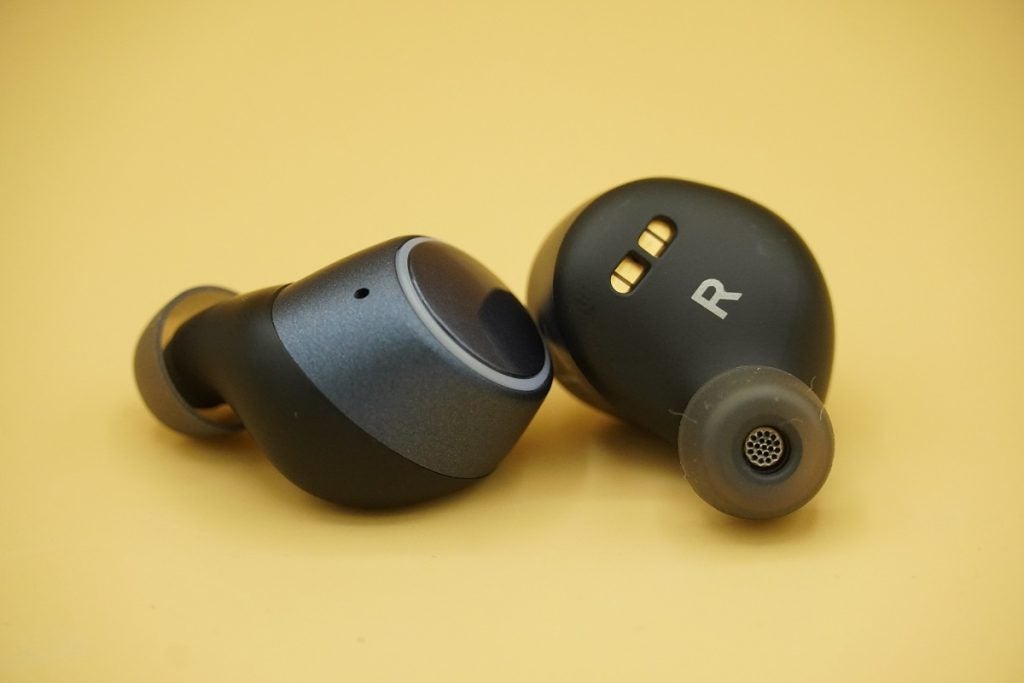 The distinctive colour ring that outlined the original earbud remains, flashing red or blue to indicate its state. The second – and biggest change – is the introduction of touch controls, replacing the physical buttons of the original and Outlier Gold. It’s an overhaul that potentially makes the Outlier Air v2 an option for those who don’t like the pressure of pushing earbuds in when pressing a button.

The colour is a discrete ‘Midnight Blue’, and is of similar quality to the Outlier Gold’s polished look. There aren’t as many ear-tips included as there were with the Gold – just S, M and L – but they should be enough to find the best fit.

Full disclosure: the first pair of earbuds I received suffered two big issues. The first, unresponsive touch controls. The second is the earbuds (usually the left) disconnecting with such regularity that a master reset was required – even that didn’t solved the issue completely. A second pair was sent and performed more in line with expectations, but it’s worth noting these potential issues as I suspect they may be more common.

With that said, what has been added or tweaked? The microphone set-up has been upgraded, so while there’s still one mic in each earbud, Qualcomm’s cVc (Clear Voice Call) 8.0 technology is the mic of choice. 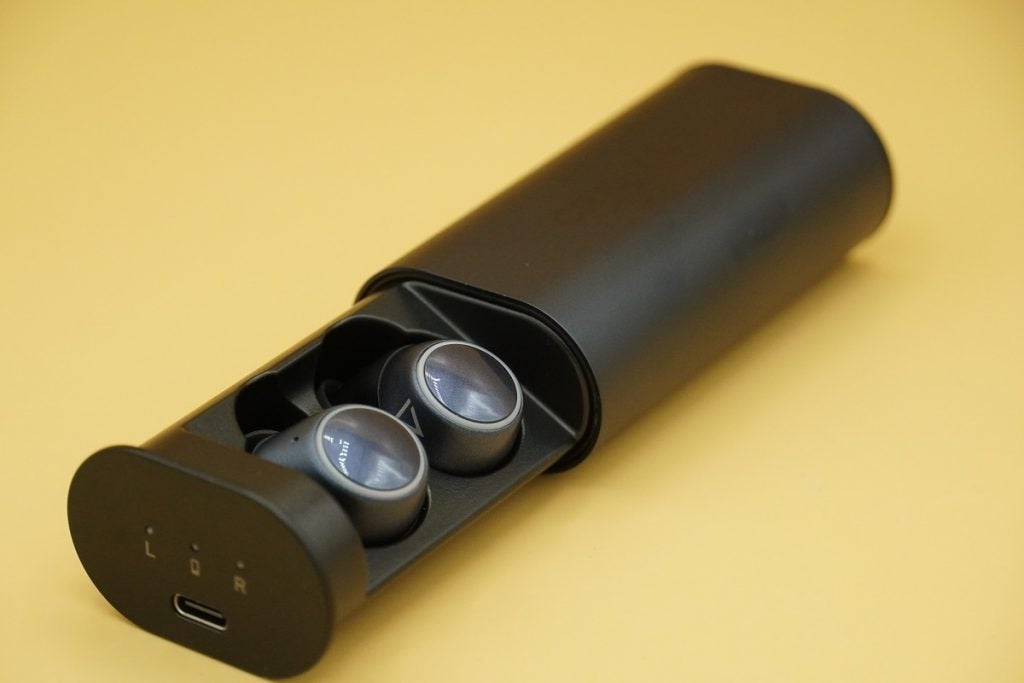 Battery life is improved at up to 34 hours (12 in each earbud). I’m not sure why Creative couldn’t go the full hog for three full charges – but, to be honest, will anyone care? Probably not. In any case, if and when the earbuds run out of juice, charging to full takes two hours.

The Outlier Air v2 now support Creative’s Super X-Fi audio technology. Super X-Fi takes two-channel stereo sound and re-maps it to give the impression of a multi-speaker set-up, and it only works on tracks stored locally on your phone. 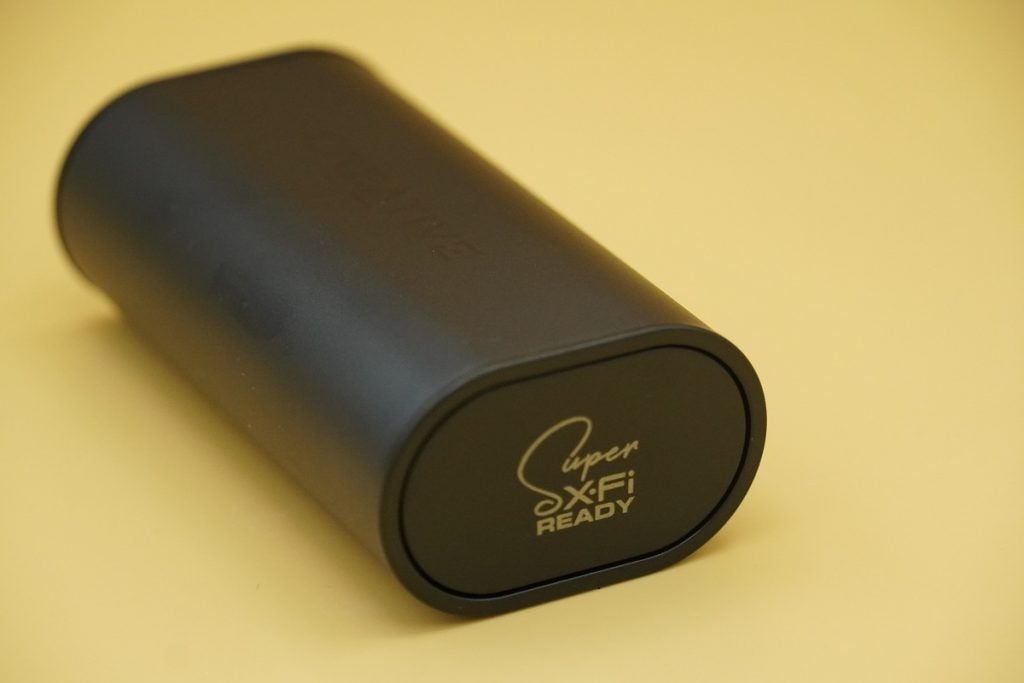 While there’s still debate over the benefits of touch controls, I’m of the opinion that whichever route a headphone goes down, it simply has to work – and the Outlier Air v2’s touch controls work well enough.

You can use them to play/pause, skip to the next track (or back), control volume or call up a smartphone’s voice assistant. You can also take and end calls, as well as initiate Bluetooth pairing. In light of what was said previously, there’s a chance you’ll come across as a pair nonplussed by your repeated jabs, but with the new pair other than moments where the first tap didn’t register, the second tap found its mark. 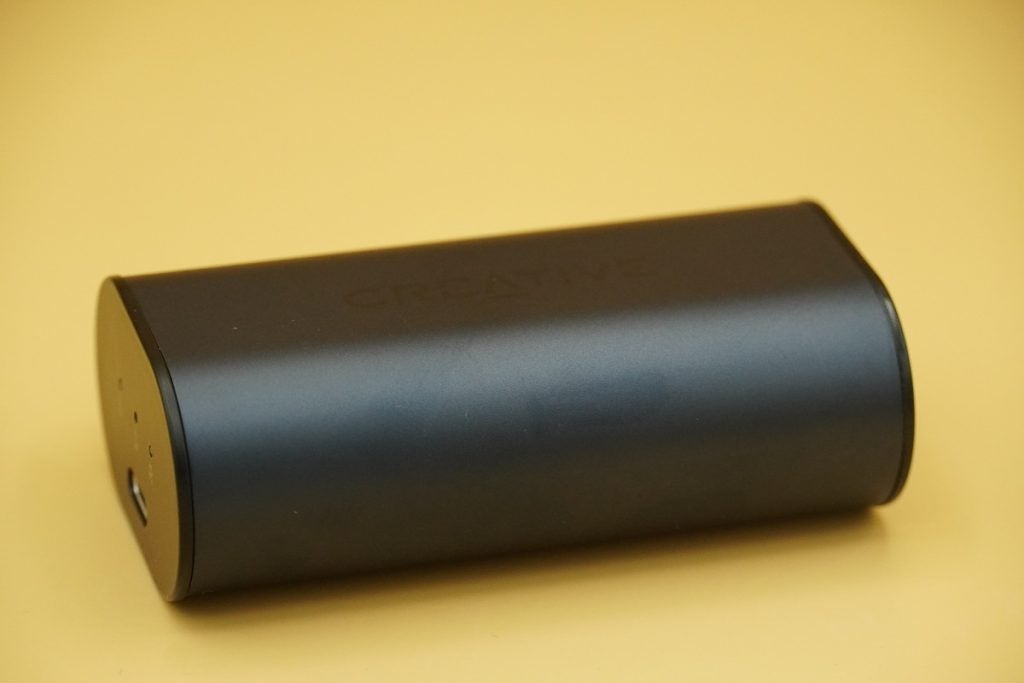 The rest of the features cover the same ground as the previous earbuds. Connectivity is Bluetooth 5.0, and if you do experience connectivity issues then consider placing your smartphone on the same side as the main earbud to maintain line of sight. With the replacement pair wireless blips have been few and far between, but these wouldn’t be a pair of Outlier earbuds if there weren’t a few here and there.

Codec support translates to SBC, AAC and aptX. With an IPX5 rating, they’re good for use in the gym (when they re-open, of course), and they didn’t budge when taken on several runs. Google Assistant and Siri (or Alexa, for that matter) can be called up via a double tap, although such support is only available when you’re not playing music.

A few tweaks to the design and a few more added value features, then – but what else do the Outlier Air V2 have in their locker?

First impressions are that the sound is more of the same. Initially, the tone doesn’t betray that established by the Outlier Gold. Dynamically, there’s a decent portrayal of highs and lows, and enough space is unlocked to give tracks room to breathe. But comparing both pairs reveals that the Outlier Gold are the smoother of the two. 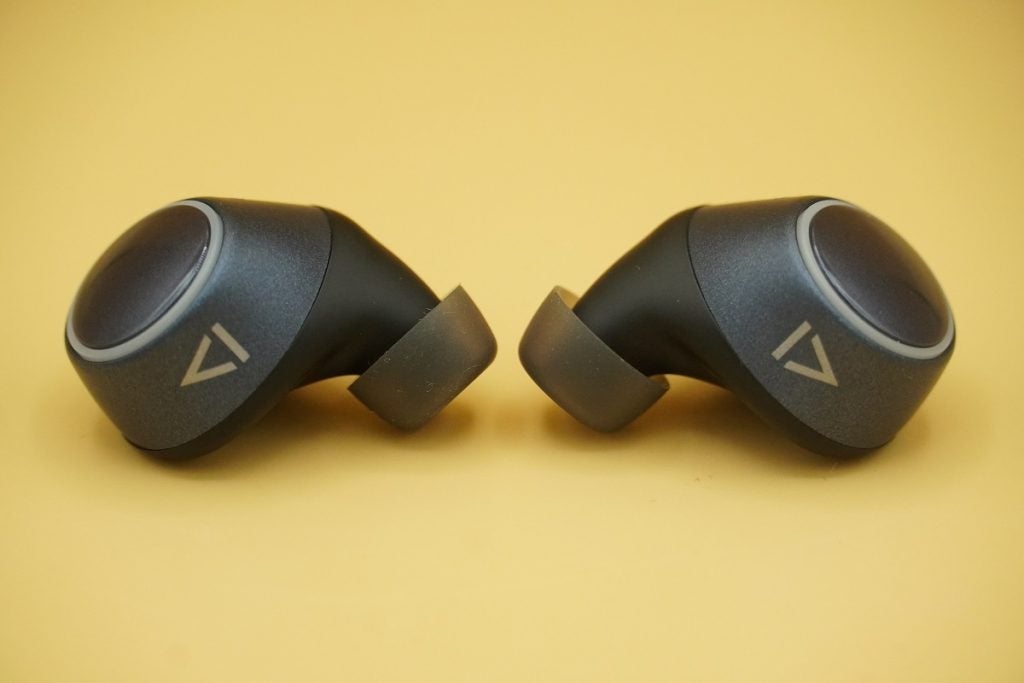 Over extended listening sessions the Outlier Air v2’s crisp tone becomes more noticeable, and while this appears to aid treble reproduction, it does bring a slight harshness and thinness to the presentation. You can hear it in drum hits and cymbal crashes, and while it isn’t to the point of being distractingly coarse, you wish for more articulation, even at this price.

The mid-range presentation offers decent detail and clarity, while space is afforded to vocals in the middle of the soundstage, avoiding the cramped feel that some earbuds can deal to voices. 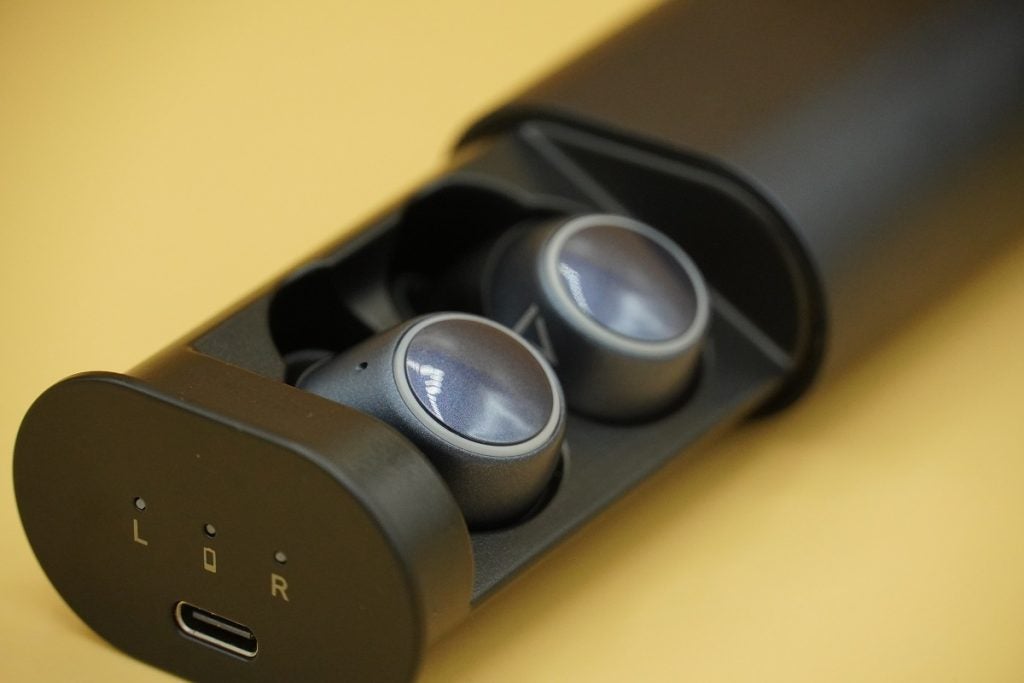 The Outlier Air v2’s crisp tone does make it a little clinical for my taste, and like many wireless earbuds in the budget area, they aren’t the most versatile when dealing with musical genres. Everything gets lumped with the same tone for a rather blanket presentation. There’s still that trademark energy of the Outlier Air in Amon Tobin’s The Lighthouse, even despite the shortfall in clarity.

Bass is assertively displayed and, much like the Outlier Gold, it’s a firm and punchy performance. I did detect traces of sibilance in The Beastie Boys’ Time to Get Ill and 2Pac’s Rather Be You N____ , with ‘shuh’ and ‘guh’ sounds not handled well, something the Outlier Gold’s tuning avoided. Compare it to another similarly priced earbud – Lypertek’s SoundFree S20, for example – and the S20 scrub up more detail and aren’t as sibilant. 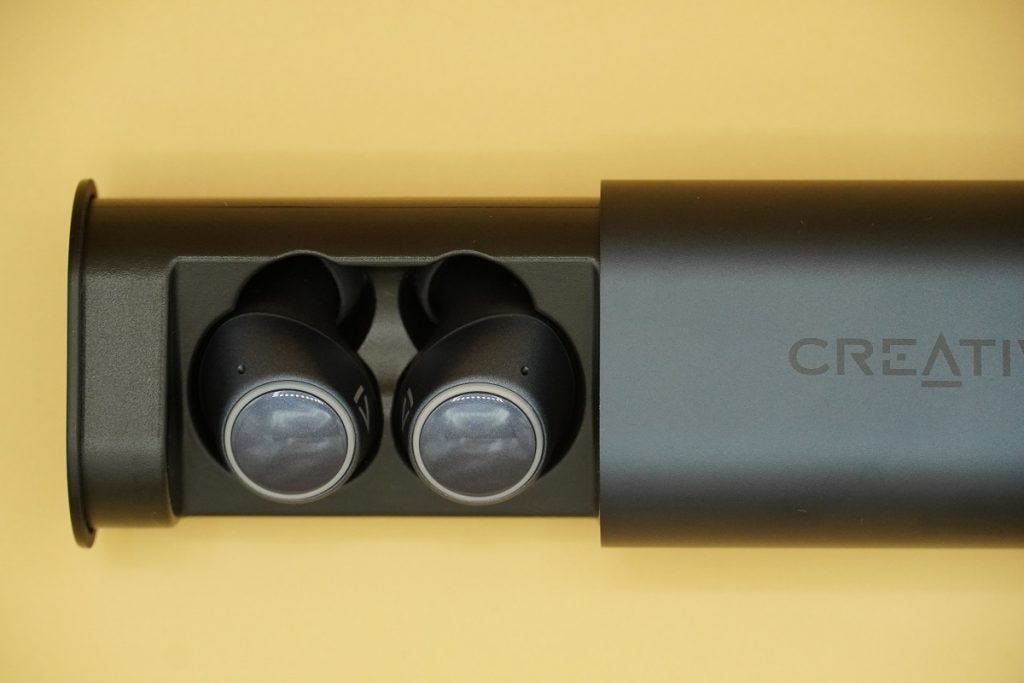 I’m still not wholly convinced about Super X-Fi in terms of fidelity, but won’t deny it entertains. It doesn’t work with all types of music – play something with electronic manipulation such as Travis Scott’s The Plan and it only serves to heighten the unnatural tone.

But listening to Jessie Buckley’s Country Girl, there’s a ‘live feel’ to her vocals and the band, as well as more depth than a stereo presentation. I still prefer stereo over Super X-Fi, but when married with the right track it’s pretty entertaining. 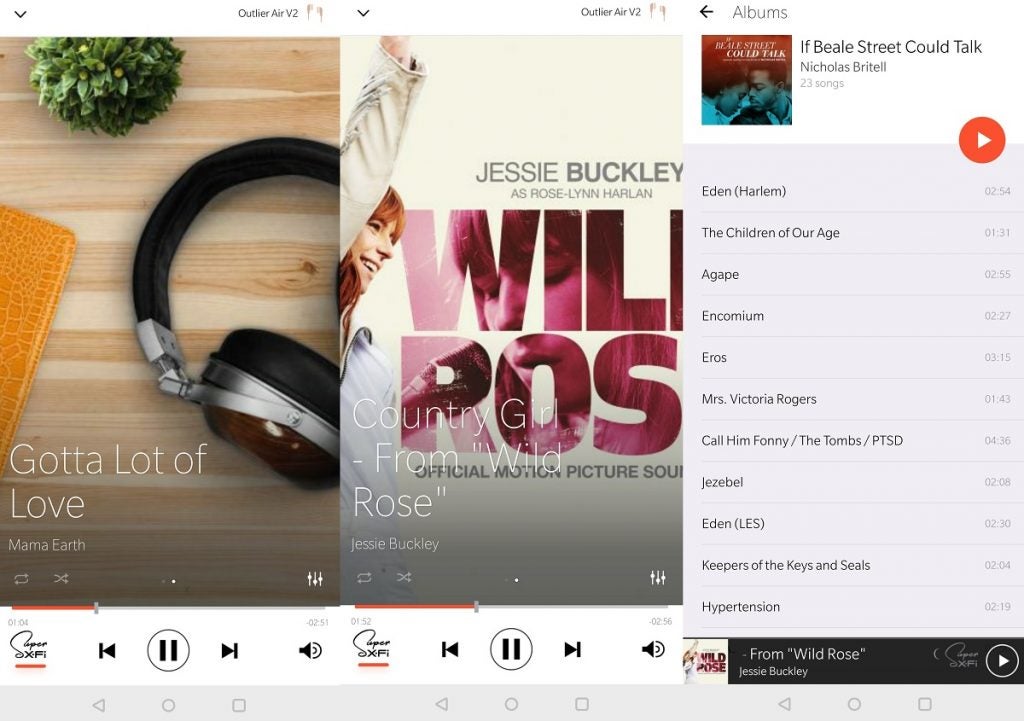 The Outlier Air v2 are enough of an upgrade over the original with their touch controls, tweaked design and longer battery life.

However, the Outlier Gold remain the ‘premium’ option with their standout finish, even longer battery life and smoother presentation. Unless the addition of touch controls piques your interest, the Outlier Gold gets our vote.

You should buy the Creative Outlier Air v2 if…

You should not buy the Creative Outlier Air v2 if…