The Creative Outlier Air work well for the gym set with an energetic and attacking performance. The secure fit and good battery life are also boons, but the wireless connection is a weakness with an at times very spotty performance. There are some strong alternatives to be looked at over £100, but for those after something affordable, the Outlier Air are a decent option.

The Creative Outlier Air are the audio brand’s first true wireless in-ears. With a claimed 30 hours of battery life, Bluetooth 5 and aptX audio, they’re made for those who like to get physical with a IPX5 sweat-proof rating.

The Creative Outlier Air slot into the fitness-focused area of the true wireless in-ear market, but can also be used for everyday outdoor use. The ten hour battery life – thirty in total with the charging case – gives them a leg up over other efforts, and at £75 they’re some of the cheapest pairs of wireless in-ears we’ve tested in 2019.

But being affordable isn’t always a mark of quality. With the Outlier Air being Creative’s first step into the true wireless market – are they a success or is Creative treading water?

The Outlier Air went on sale in 2019 for an RRP of £75/$79/€79/AUD$110. While they’re still available from some third-party sellers, they’ve officially been replaced by the Outlier Air v2.

The Outlier Air have a bulbous look, with the shape of a miniature ear-trumpet and very small silicone ear-tips that make them look like the Shaak from Attack of the Clones (from a certain point of view). They are smaller than you’d expect, and though the use of plastic cheapens them, it also makes them quite light too. Handle them with care as they can be scratched and dirtied if you’re not careful.

In a similar vein to Creative’s SXFI Air over-ears, the Outlier Air have a colour ring that flashes to indicate their charging state. Blue indicates pairing, while red refers to the earbuds’ battery state. 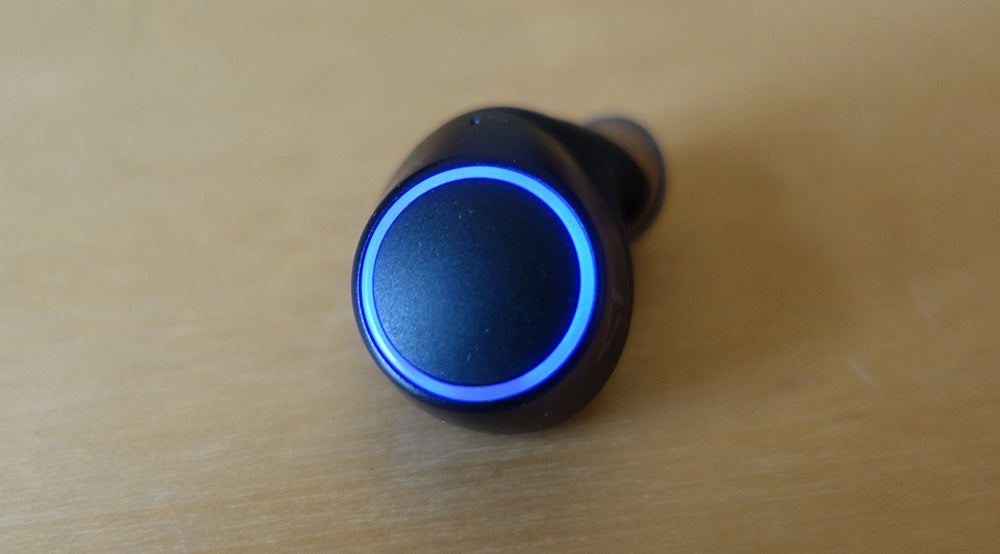 They make for a comfortable fit, and even during energetic gym workouts they managed to stay put. There are times where you think they’ll fall out, but they’ve remained pretty resilient in that regard.

The 5.6mm drivers are made out of graphene, a material that’s both lightweight and durable, and can also be found in Cambridge Audio’s Melomania 1. Not bad company to be in.

Playback control is via tactile buttons on the edge of each earbud. A firm press of the left earbud twice and you’ll jump back, press twice on the right and you’ll skip forward. You can also control the volume by holding down on either earbud, and to play or pause a track requires a single push. It’s responsive, works well and avoids the oversensitivity you can get with touch panels.

The Outlier Air is equipped with Bluetooth 5, although you’ll need another Bluetooth 5 compatible device to get the most out of that feature. There’s Qualcomm’s aptX for wireless transmission and the AAC codec for improved sound quality. They’re waterproof up to IPX5, so can withstand a sweaty gym session intact.

The accompanying charging case requires a push from the bottom to reveal the earbuds inside. On the charging case are status lights that indicate the levels of the right and left earbuds, as well as the case itself. A blue light means there’s more than 30% available and it’ll show red for less than 30%. Just below all that is a USB-C connection for charging the case. 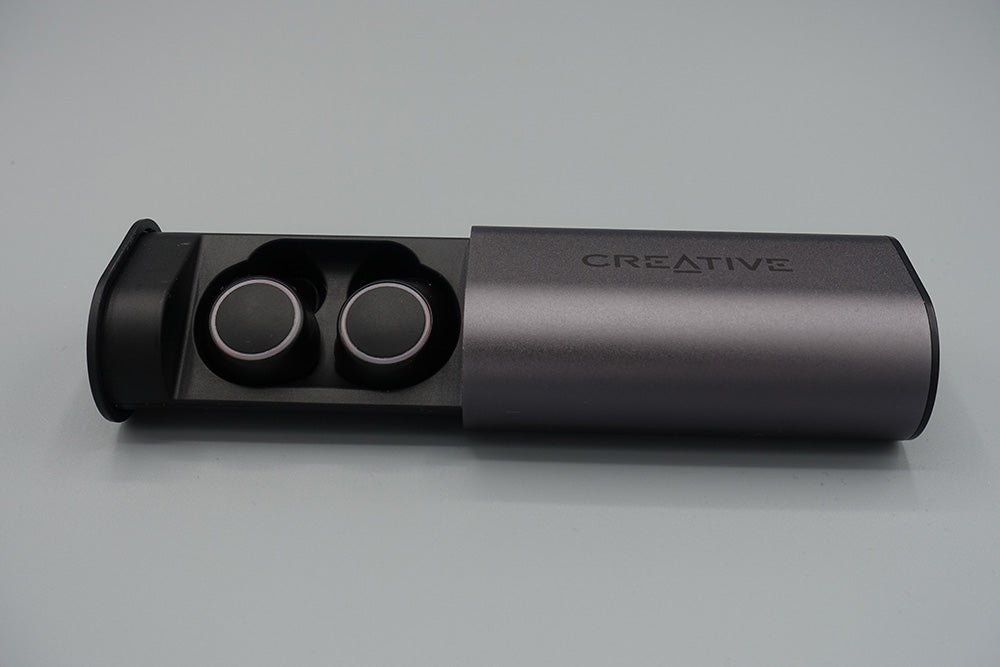 The case is liable to add a bit of a bulge in the pocket, but as long as you’re not wearing skinny jeans they ought to be fine.

With a total of ten hours of battery life from a single charge, the Outlier Air has more than many true-wireless efforts twice the price can muster. The charging case can produce two more charges, for a total of thirty.

Siri and Google Assistant are supported, enabling access to smart commands such as “play next song”, and with dual voice call functionality, the Outlier Air pumps out audio through both earbuds for clearer audio quality. 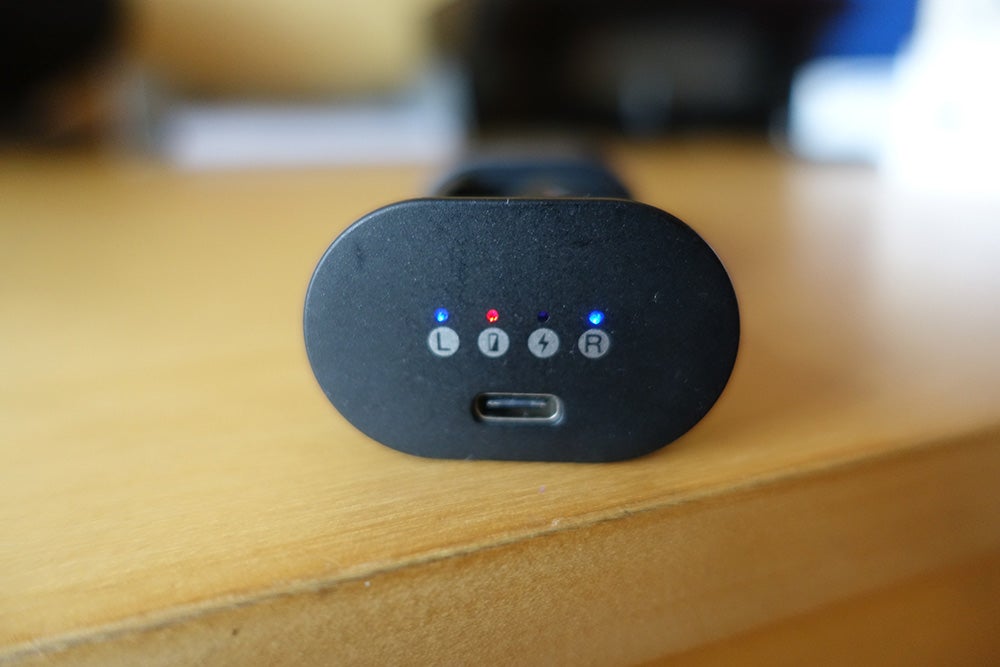 The performance of the Creative Outlier Air can be described as energetic. They summon up plenty of attack, but it’s never a sound that comes across as brute force or tiring, making them well-suited to workouts.

Vocals are intelligible, but that energetic tone and character does have its drawbacks. The Outlier Air aren’t the last word in detail or clarity – that warm sound and propulsive sense of attack means it lacks that sense of pin sharp fine detail. Treble can sound brittle at times and dynamically, while they’re good, those highs don’t quite soar. 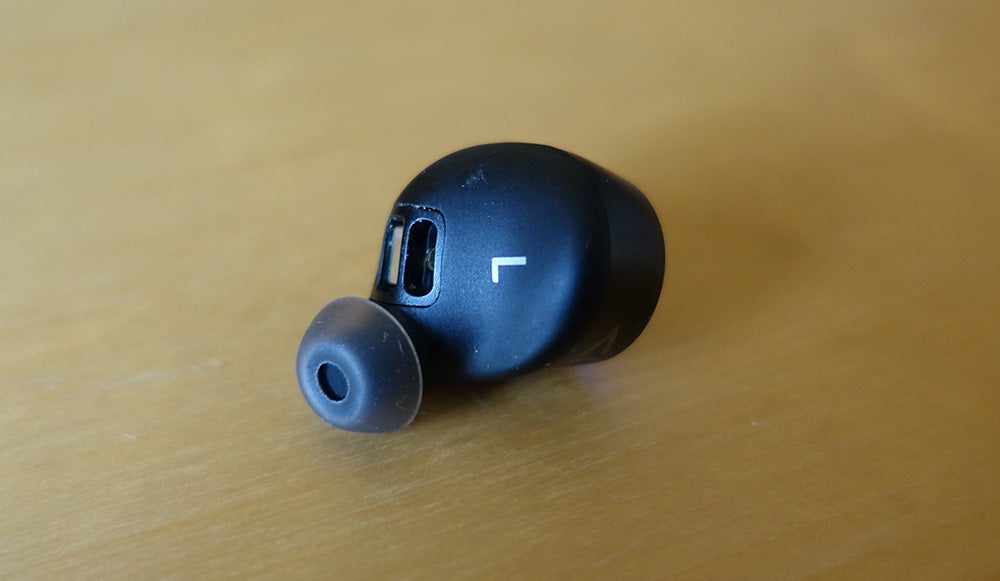 Bass is very good though, giving tracks a solid and firm foundation to build upon. Stereo imaging is also decently wide, if not producing a huge amount in the way of depth. The biggest issue, though, is the Outlier Air’s wireless performance.

Employing a master and slave pairing relationship with the left earbud as the leader, wireless connectivity proves to be spotty. There were times where the right earbud would disconnect completely, requiring a re-pair.

Other times the Outlier Air would go out of sync, speed up or lag during playback. And then there were moments where they’d suffer from an intermittent connection before resolving the issue. It didn’t matter whether the earbuds were used at work, on the street or in the garden – the wireless connection wasn’t always the most reliable.

You should buy the Creative Outlier Air if…

The fit is good and the sound is energetic, which is enough to get the blood pumping at the gym.

10 hours in each earbud and 32 overall makes the Outlier Air better than the market average.

The Outlier Air hasn’t gone down the route of touch controls, and at this price that means a much less fussy way of operating them.

You shouldn’t buy the Creative Outlier Air if…

The instability of the wireless connection is an issue. Even at its affordable price the performance should be better.

The look and feel of the Outlier Air is reflective of its price. For those after a more stylish pair, look elsewhere.

The Outlier Air’s energy is fun, but if detail and clarity are what you crave, there are better options for the same price.