Wireless speakers… the term sounds like something of an oxymoron, until you learn that the ‘wireless’ part isn’t referring to the speakers themselves, but rather their source connection. In the case of the Creative Inspire S2 Wireless speakers, that connection is Bluetooth, in theory letting you hook your PC, laptop and/or MP3 player up to them with nary a wire in sight.


Either generously or superfluously, depending on your point of view, Creative bundles a Bluetooth adapter that will automatically sync with the S5 wireless speakers when it’s plugged into a computer. However, if whatever you’re connecting has Bluetooth built in – most laptops and media players these days – pairing is hardly difficult, requiring only that you enter the oh-so-secure password “0000” to connect to the speakers, once found. 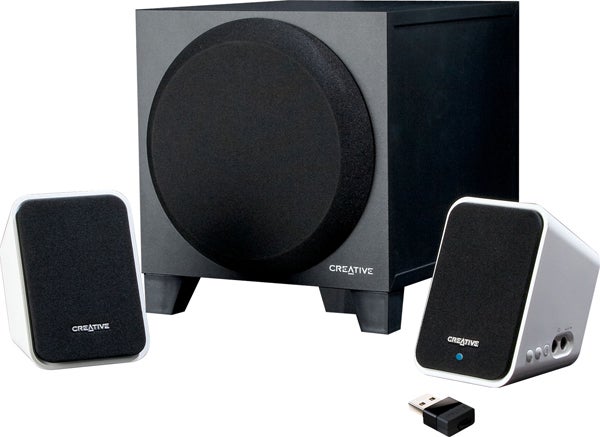 The compact design of the speakers is definitely worth commenting on. The S2s employ a 2.1-channel set-up with the satellites accurately described as palm-sized, each measuring 73 x 74 x 103mm (W x D x H). Even the subwoofer at 180 x 232 x 200mm doesn’t takes up much room making this speaker set a good choice if space is at a premium.


Although these speakers are pitched primarily as ‘wireless’, the right speaker features both a 3.5mm headphone output and an aux-in. The latter is useful for connecting any device not equipped with Bluetooth and for which an adapter is either unavailable or too expensive.


The right-hand satellite speaker also features the volume controls and a standby button, and the subwoofer’s bass level can be independently tuned to mix in with the S2 Wireless speakers’ overall output.


The Creative S2 Wireless speakers may be diminutive in stature, but they’re anything but in their output, as I duly discovered when they defaulted to full volume upon pairing with an iPod touch. These speakers have no problem in filling a room with sound – just don’t sit to close or you’ll find your ears ringing for some time.

Turned all the way up, the subwoofer is too boomy for my tastes. All is not lost, though, because at more moderate levels it makes its presence well known without overwhelming the overall balance and injects a great punchiness to the soundstage. In fact, these speakers are great for watching movies or TV episodes – Doctor Who, in HD, from the BBC iPlayer, being a prime choice.


One possible benefit of using Bluetooth, rather than a simple 3.5mm aux cable, to connect your PC to the S2s is that your inevitably mediocre sound card output is bypassed. And if you have invested in a quality dedicated card and find yourself miffed by the idea of circumventing it, I’d remind you that these speakers only cost £99.99 and therefore you’re probably not their target market. 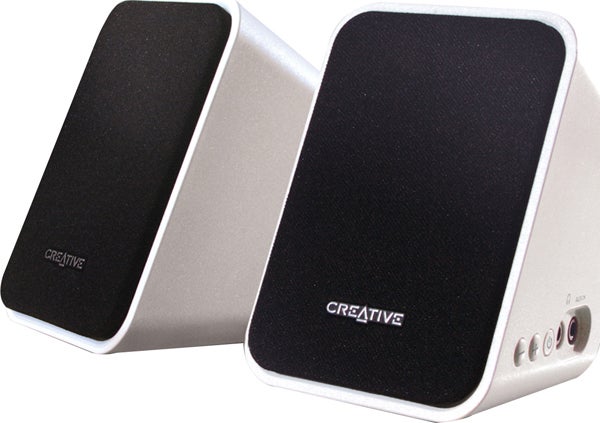 But I digress. The performance of the Inspire S2 Wireless speakers is equally pleasing when pumping music through them, be it from a computer or, in this case, an iPod touch. There’s surprisingly good detail reproduction from the small satellites, and more presence than you’d expect if judging by appearances alone – reminding us why we shouldn’t. It’s worth noting that even if your computer has Bluetooth built in, you should still use the dongle as not only does it make syncing a breeze (PIN? What PIN?) it also means the speakers will make use of the apt-X coded for streaming, which gives better audio quality than vanilla A2DP.


I’m not going to suggest that these sound better than the cheaper Creative Gigaworks T40 Series II, but those don’t offer wireless connectivity so the comparison isn’t particularly fair either way.