Within the computer space, speaker technology has developed in leaps and bounds over recent years with companies like Creative, Logitech and formerly Videologic producing speakers that have gained respect, albeit grudgingly, from audio professionals. After all, having a sound card with the processing power of a nuclear station counts for nothing if the sound is being squeezed through a pair of little plastic boxes that cost less than a couple of beers. So do Creative’s Gigaworks ProGamer G500s push the audio envelope still further? As of writing the set isn’t yet available to buy in the UK, with the expected arrival date. They can be picked up in the states


As its name suggest, the set is a 5.1 speaker system designed primarily for the PC gamer and offers a claimed 620W of power- that’s a lot of wallop for a set this size. It’s a no-nonsense affair that only offers analogue input connections, the only nod towards gadgetry being the CMSS ‘upmix’ option. Fighting through the mass of plastic wrapped cables and speakers reveals five identical satellites (the centre just has the grill badge in a horizontal position and rubber feet) and a very solid sub and amplifier. Speaker grills are removable and are made of metal, rather than the soft fibre variety, which could be beneficial if you’re in an environment where small people are likely to poke their fingers into speaker cones. 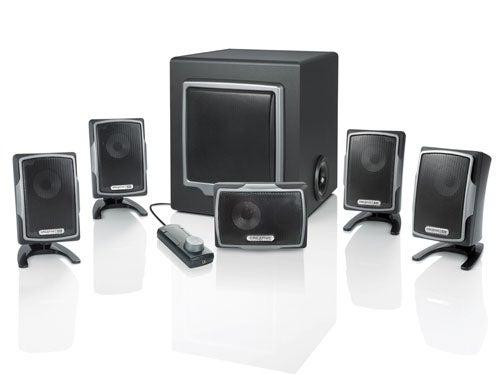 The speakers come with small table-top mounts or can be wall mounted. Stands aren’t included, a shame as they’re often invaluable for proper placement and I seem to remember that earlier mid-range Creative speakers used to include them.


With no decoder box and only analogue inputs, setting up is very straight forward and just a question of diving bravely into the usual cable clutter. Cable lengths for the front speakers come in at around two metres with the rears about twice this. Personally I find these lengths a little small for anything other than a bedroom space, particularly if you prefer to hide the sub in a corner. It’s a shame companies aren’t more generous with their cable lengths when speaker placement is so important to receive the optimum listening experience.


The system has a wired controller that is well designed and simple to use with a rough volume indicator on the left side, featuring five green LEDs and controls on the right to alter the individual levels of rear, centre, sub and treble speakers. The speakers use a bass management system to filter low frequencies to the sub although altering the sub level on the controller will also emphasise the mid to low frequencies through the satellites. A headphone socket is included in the controller, a convenient addition although with headsets becoming de rigueur, a microphone pass-through socket wouldn’t have gone amiss. The CMSS upmix option on the controller creates a surround-like effect from stereo audio content. The only other connection on the system is an additional stereo input for connecting mp3 players or such like. A phono to stereo minijack adapter is included for increased connectivity compatibility.

You may be forgiven for believing that a speaker is just a speaker with the only point of those thousand pound systems being to part fools from their beloved Mastercards. You would be mistaken for taking this line however, dear reader. Yes, I too, was once a sceptic, but that was before I heard a pair of speakers custom-built for Naim Audio’s Peter Williams (one-time engineer of U2) – and lo the heavens did part.


Apart from when they’re intended for recording studio usage, speakers rarely aim for a flat frequency response. The design is often geared towards flattering the sound based on a particular scenario. For music there may be more of a top-end emphasis and attention paid to creating a well defined stereo spread. For speakers geared towards game playing, less bass and sheer volume are often the order of the day.


During listening tests, my test PC contained Creative’s X-Fi card. Most noticeable on first firing up the speakers was the lack of treble. While this was easily rectified by altering the setting using the controller it did make one wonder why the default should sound so dull. Moving onto music, ranging in style from rock to classical, I was a little surprised that the sound wasn’t more appealing. 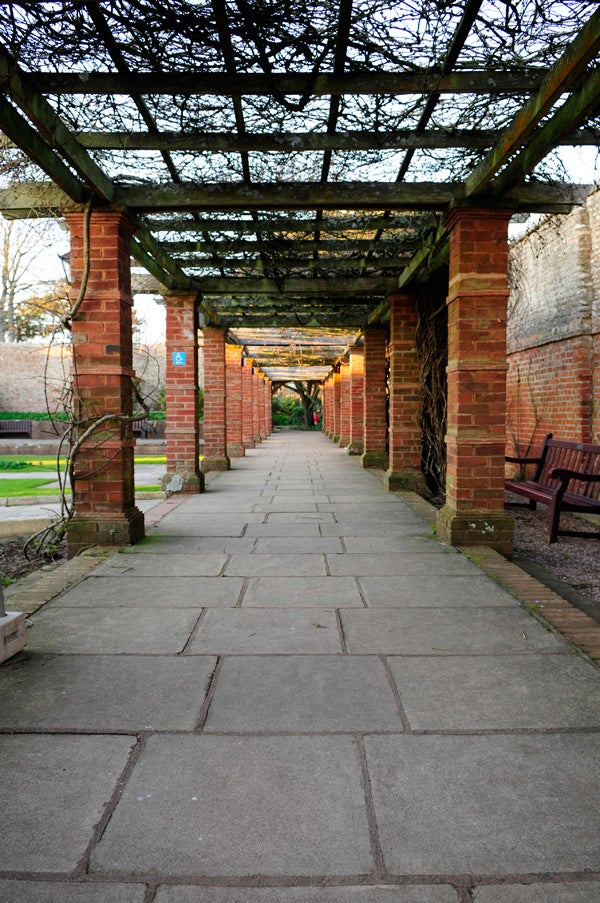 Listening to pop or rock with the treble settings turned up high made music sound harsh and unpleasant. Reducing the treble did help but I could find no happy medium between a harsh sound and one that was simply dull. Overall musical quality was confusing with little definition. Switching to my budget studio monitors (Spirit Absolute Zeros, now worth only around £60 second hand), the sound was substantially better defined and well rounded although weaker at the bass end. The Gigaworks’s bass also seemed difficult to balance with it either sounding too light or unpleasantly boomy.


For gaming I used the trusty Half Life 2. It’s when playing a title such as this where you hear what the G500s have been designed for, delivering impact and noise rather than an accurate sound. The speakers pump out a very decent wattage, giving the weapon sound effects real impact. The surround sounds work well really, bringing you firmly into the game and the overall experience is satisfying. In-game music suffers from the same weaknesses as already discussed but for sound effects playback, the speakers certainly deliver. These speakers can really push out the volume, so please be kind to your neighbour when using these or you might find yourself on the wrong side of an anti-social order.


Whether the ProGamer G500s are worth purchasing depends on your rig and specific requirements. They present a decent option if you’re primarily a PC game player who only occasionally dabbles in music listening or DVD watching. For £200 though, I believe speakers should be able to fulfil a wide range of functions with some finesse. As such other sets, of which there are no shortage, may be better suited.