What is the Creative Draco HS880?

Creative has long had a strong reputation in the PC audio space – if you had a computer in the 90s, chances are it contained one of the company’s Sound Blaster sound cards. More recently, the company has been focussing on the budget end of the gaming headset market – its Sound Blaster Tactic3D Rage Wireless v2.0 was one of the cheapest wireless models available, and pretty good to boot.

The Draco HS880 is another low-cost entry in Creative’s line-up at only £49.99. It’s a wired headset that includes most of the features serious gamers require, with a solid but lightweight construction, a detachable boom-style microphone and an in-line volume control. It also includes some features that are unusual at this price; the microphone has noise cancellation, the ear cups are rotatable and there’s even a carry-case for when you want to take it out-and-about.

If you’re looking for a basic wired PC gaming headset that sounds good but doesn’t break the bank, the Draco HS880 is a good budget buy. 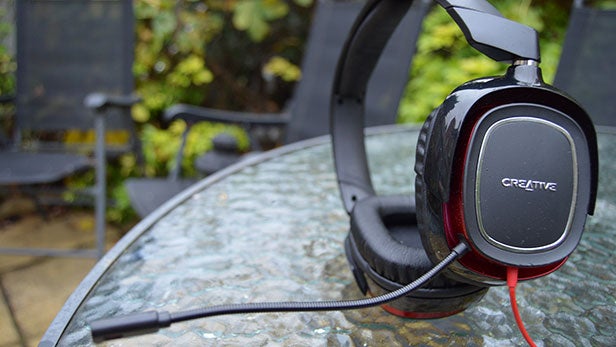 If first impressions counted in the world of gaming headsets, then the Draco HS880 would immediately fail. The box is dominated by a giant red snake, which actually blocks the view of the actual headset inside. We’re not sure who thinks images like this actually shift gaming headsets, but don’t be put off – the product inside is much more understated.

Once you’ve disposed of the packaging, you’ll find a headset that’s actually really well made, especially given the budget price point. It’s constructed from creaky and cheap-feeling plastic, but it’s robustly made, and will stand up to being thrown into a rucksack. The most luxurious feature is the soft faux-leather padding around the ears and across the headband, which makes long play sessions very comfortable, and I could happily wear the Draco HS880 through the entire working day.

The understated design is also appealing – the black and red design is way sleeker than many cheap gaming headsets with their flashing lights, gaudy colour schemes and silly logos. The dark red trim around the earcups is modest, the Creative logo is inconspicuous and the overall size of the unit is relatively small. This is a pair of headphones that you could happily use as your portable headphones as well.

While the Draco HS880 is cheap, there are features here that you wouldn’t expect from a budget headset. An inline remote control allows you to control the volume of whatever you’re listening to, as well as toggle the mic on and off. It would have been great to be able to skip tracks using the remote, but that’s probably a bit too much to expect from a headset under £50.

The boom mic also boasts what Creative calls “noise cancellation” – it doesn’t actively cancel out ambient noise as far as we could tell, but it does a good job of muting it when you’re not speaking, while avoiding transmitting sounds like breathing. The package also includes a carry case, but it’s a soft fabric bag that won’t do much to protect the headset. If I was nitpicking, I’d complain that the inline remote doesn’t have its own mic, so unless you have the boom mic attached, you can’t make phone calls. 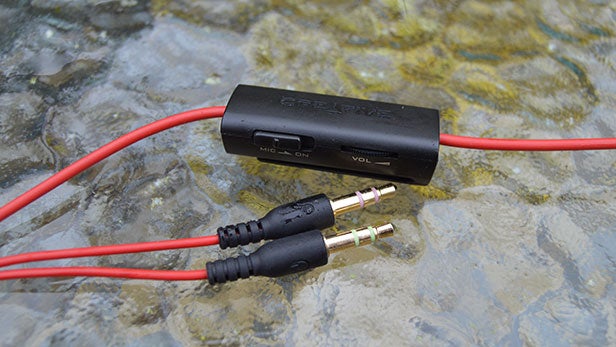 Overall, the contents of the box reflect the price point of the headset – there are scant few of the extras that you find especially with Turtle Beach’s headsets. The end of the cable on the Draco HS880 is split into a green audio and pink microphone connector, which is perfect for use on a PC. However, if you want to use it with a games console such as the PS4 or the Xbox One, you’ll need an adaptor (commonly called a “4-pole adaptor”) to turn these two connectors into one. They’re cheap to pick up, so it’s disappointing one isn’t included in the package, as it would allow Creative to claim PS4 compatibility as well (as well as with more recent Xbox One controllers). Thankfully, we had one of these 4-pole adaptors, and can report the Draco HS880 works just fine with the PS4 and Xbox One.

One particularly good feature for mobile users is that the ear cups rotate so that you can store the headset flat in a backpack to save space, and it’s rare to see such a thoughtful design consideration on a budget headset. 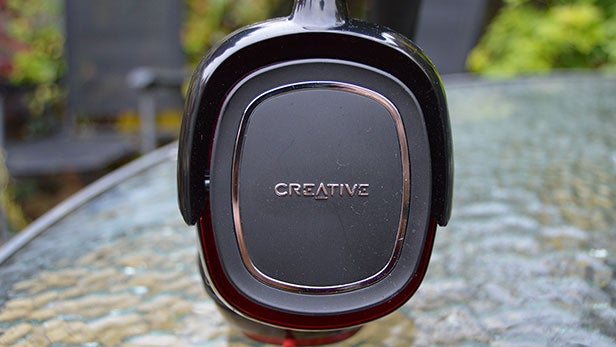 The Creative Draco HS880 is a basic headset when it comes to audio options. It will play stereo audio, and that’s about it. The audio quality is lacking if you’re used to high-end headsets from Astro and Turtle Beach, but compared to headsets in this price range, the Draco HS880 compares very favourably. We were more impressed with the bass than the treble – if you play Call of Duty then you’ll feel the impact of those explosive set pieces, but you might not be able to pinpoint grenade drops quite as accurately.

This is a budget headset, so there are no features beyond stereo playback – don’t expect noise cancellation, surround sound processing or custom sound profiles. You need to spend upwards of double the money to get these, and to be honest, if all you’re doing is playing games for fun rather than competitively, you don’t need them. Be aware that music spills out of the headset, so they’re not ideal for offices or flights, for example, but they do a pretty good job of blocking out ambient noise when you’re listening to them.

The detachable boom mic is fantastic for online games. The microphone itself is great – it plugs cleanly into the left ear cup, and is on a bendable arm to allow you to control how close it is to your mouth. My team members on Battlefield reported particularly clear voice comms from the microphone, so if you play a lot of online shooters that require clear communication, the Creative is a worthwhile investment. 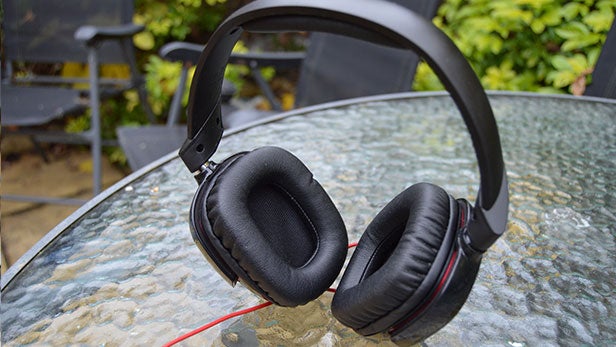 Should I buy the Creative Draco HS880?

It’s reassuring to find a gaming headset manufacturer bringing all the basics together at such a keen price. The Draco HS880 is completely devoid of bells and whistles, but focusses on providing audio fidelity in a well-designed package for under £50. The result is a headset with good audio reproduction, a great microphone, and understated design that works for both gaming and mobile use.

It’s a shame that the cables for game console use aren’t included, but they can be bought cheaply if necessary. The cable is too long for anyone using the headset with a mobile phone or a games console, but it’s relatively easy to tuck away. And while the included carry case does little to protect the headset in a backpack, it’s sturdy enough without it.

If you’re looking to upgrade your PC gaming experience but don’t want to break the bank, then the Creative Draco HS880 is one of the best budget buys available.

The Creative Draco HS880 sounds good, has an excellent boom mic, and is packaged in a sturdy and stylish body. It’s a great budget gaming headset.