Introduction
Convergence has its success stories, but it also has its fair share of victims. The desperation to fold as much functionality as possible into a single product can often be done at the expense of core competency. Not that we’d expect such a mistake to be made by an audio veteran like Creative, would we? Would we…

The Creative Sound BlasterAxx SBX 20 is the flagship model in Creative’s new Sound BlasterAxx range of multifunctional tower speakers which aims to be all things to all people. It comes with a rather premium £180 price tag and promises to reinvent (semi) portable audio with a next generation ”quad core” SB-AXX1 sound processing chip, dual microphones with noise cancellation and Bluetooth for wireless streaming. The semi-portable part comes from the fact that the SBX 20 takes its power from a single USB port – no power brick required. 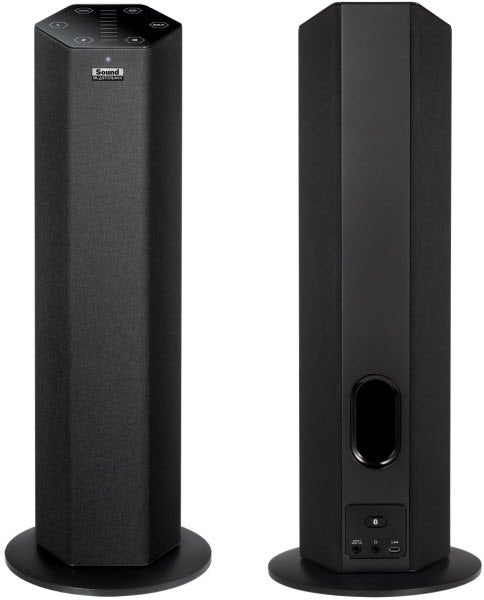 Creative Sound BlasterAxx SBX 20 Features
Breaking the Creative Sound BlasterAxx SBX 20s down and on the audio front Creative claims the incorporated SB-AXX1 chip is its most advanced multi-core voice and audio effects processor to date, and one which powers two vertically aligned drivers which keep the speakers desktop footprint to a minimum. Creative also says key to the SB-AXXI is low power consumption and efficient circuitry, hence its ability to operate over USB, though it feels like a lost opportunity to fit a battery.

Being Creative, the ability to tinker with your audio is central too and this comes via the Sound Blaster Control Panel – available for PC and Mac as well as an app for the iPhone and Android smartphones. This offers a raft of effects enhancements for music, films and gaming with an array of presets and proprietary sound technologies including the ‘SBX Crystalizer’ (high and low frequency enhancement), ‘SBX Surround’ (pseudo-surround sound) and ‘SBX Smart Volume’ (automatic adjustment of volume for consistent listening levels with a night mode to reduce the impact of explosions and bursts of sound, reducing disturbance to others after hours).

The list goes on with ‘SBX Dialog Plus’ (enhancement of human voices in movies and games) and ‘SBX Bass’ (low frequency compensation for extra punch).

The SB-AXXI doesn’t only plan to replace your speakers, however, it also wants to be your defacto device for hands-free calls. Its dual, omni-directional microphone array performs active noise cancelling and ‘SBX CrystalVoice’ is a smart spoken voice enhancement technology which also tracks the speaker, automatically adjusting the loudness of their voice if they move closer to or further away from the unit. Lastly ‘VoiceFX’ is a voice manipulation software which lets the user change their voice to sound like a robot, monster or even switch sexes.

Creative Sound BlasterAxx SBX 20 Design
What makes all this functionality intriguing is the Creative Sound BlasterAxx SBX 20’s form factor. At 40 x 11 x 9.7cm in size and 2.6kg in weight, this sizeable hexagonal tower looks like a Roman pillar… snapped off a Cylon battleship. It is light enough to be easily carried around the house or to the garden and its screw-in base keeps it more stable than the design would suggest. Build quality is functional, but durable with a fabric grill covering the speaker on all sides and a matching piano black base and top, the latter of which features an array of touch sensitive controls. 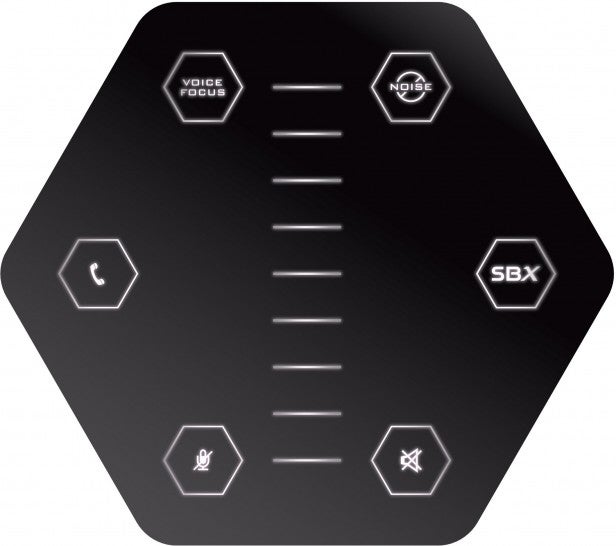 The reason for this is the Creative Sound BlasterAxx SBX 20 doesn’t come with a remote control. This is odd for such a multi-functional product, but Creative squeezes in toggle buttons to make/end a call, mute (voice or music) and trigger SBX effects, noise cancellation and Voice Focus. The obligatory touch sensitive volume control is also there, but it is a little laggy. Noticeable by its absence are playback controls with Creative preferring this to be done via the source and this works well enough, though the iPhone app only supports playback of the official Music player which is frustrating for users of Spotify, Rdio and other third party apps.

Creative Sound BlasterAxx SBX 20 Performance
So, having packed in so much functionality and endless proprietary audio enhancement technologies what could go wrong? Unfortunately, a lot and the issues stem from the drivers. Although Creative doesn’t divulge detailed product specs, given the Creative Sound BlasterAxx SBX 20’s ultra low power requirements, we can’t imagine they’re particularly powerful – they certainly don’t sound it. 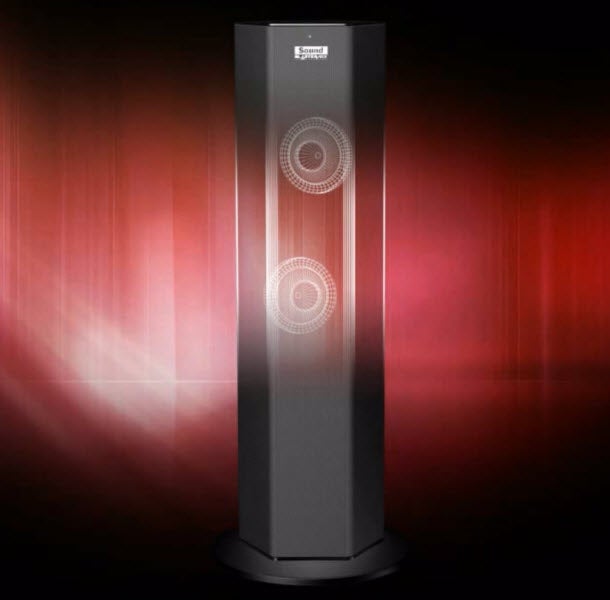 Even with the SBX effects on and bass frequency profiles cranked up, when playing music the Creative Sound BlasterAxx SBX 20 still sounds tinny and hollow. Bass is woefully lacking and, while there is plenty of treble, the midrange is weak removing much of the depth. Unsurprisingly the SBX 20 also isn’t particularly loud restricting it to close range listening experiences and anything from more than a few metres away feels distant. For gaming this problem is exacerbated given the not so subtle focus on low frequencies in many titles. This is definitely not the system to use with Call of Duty: Black Ops 2.

Where the Creative Sound BlasterAxx SBX 20 is far more successful, is hands-free calling. While dependent on a decent mobile signal, voices do indeed sound clear and the noise cancellation works well. In some instances it is also highly convenient to have audio mute automatically and be replaced the ring tone of your phone then the voice of the caller before seamlessly returning to music/gaming duties. At other times, however, it is invasive (particularly when you want to screen calls) and if you’re blasting your audio prepare to be blasted when the caller starts speaking too, leading to a lot of volume adjustment back and forth between applications. 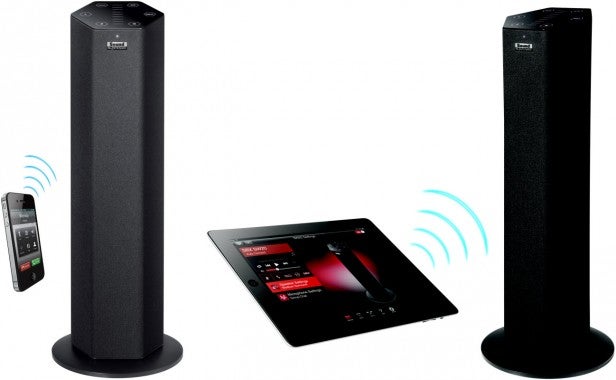 This places the somewhat pricey Creative Sound BlasterAxx SBX 20 in the same bracket as vastly more accomplished and more premium PC speakers like the Bose Companion 20 while the brilliant Audyssey South of Market audio dock provides truly room shaking audio, Bluetooth streaming and hands-free integration and can now be found for under £230 online.

Lastly the Altec Lansing InMotion Air is a battery powered speaker with much stronger audio performance and Bluetooth streaming and 18 months on has recently seen its original £150 RRP almost cut in half.

Creative Sound BlasterAxx SBX 20 Verdict
On paper, the Creative Sound BlasterAxx SBX 20 sounds like an engineering marvel with bags of functionality, and Creative’s famed audio prowess, all crammed into a semi portable tower speaker powered over a single USB cable. In reality, however, it is another victim of the industry’s relentless obsession with convergence and the quality of its hands-free calling is only worthy of merit. As a music and gaming speaker it simply lacks the drive in both low and midrange frequencies to get you emotionally involved and in its price bracket there are plenty of others that do.