Audiophiles love Cowon. The South Korean multinational has developed an unrivalled reputation for the sound quality of its portable devices, but it has gained an equal number of detractors for their cost and utilitarian design. The Z2 is the product Cowon hopes can finally please everyone…

Design
Out the box this perception isn’t immediately challenged. The angular Cowon Z2 is far from the most beautiful PMP we’ve seen and at 116.5 x 62.8 x 11.8mm and 116g it isn’t the most compact either. In hand things get a little better. The rubberised, lightly textured back provides just enough grip to stop it slipping from hand and feels durable enough to withstand bumps and scuffs. The front is less impressive with a fascia that is a fingerprint magnet and touch sensitive menu, home and back buttons which are not backlit making control in low light more difficult than it should be. 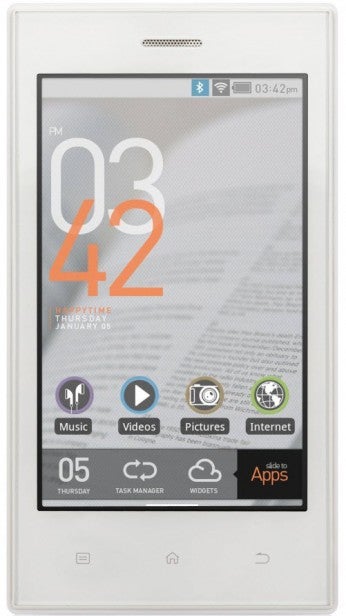 Cowon does rather better with the rest of the Z2. On the right side volume controls are supported by dedicated play/pause and skip/search buttons which give the first hint of the Cowon Z2’s multimedia-centric nature. On top is a power/standby button and at the bottom is a 3.5mm headphone jack with microUSB, (64GB compatible) microSD and mini HDMI ports hidden under a flap. A nice touch is this seemingly extraneous flap doubles up as a kickstand, which holds the Z2 in place when watching video.

To load content onto the Z2 simply switch it into ‘USB mass storage’ mode, connect it to a PC and drag and drop content. As the Z2 is natively formatted in NTFS Mac users will have a harder time, but conversion software such as Paragon NTFS for Mac provides a simple workaround. 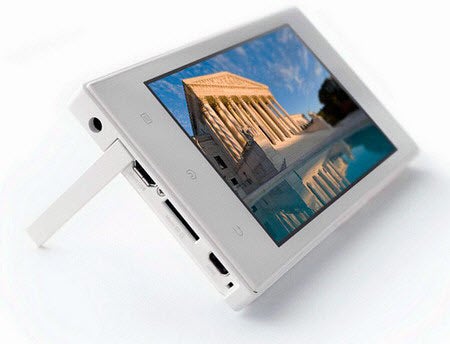 Features
Under the hood things begin to look more phone than PMP. The Cowon Z2 is equipped with a 1GHz Cortex A8 CPU, 512MB RAM and a choice of 16GB or 32GB of internal memory, which can be augmented by the aforementioned microSD slot. On top of this you’ll find Wi-Fi, Bluetooth and an accelerometer.

These specs and the facia’s buttons give away the Z2’s primary selling point: it is equipped with Android. Aside from the ill-fated, underpowered D3, Cowon has largely stuck to its own proprietary OS until now so the move to Google’s platform represents a renewed (and possibly forced) venture to cram more functionality into its flagship players. To keep things slick Cowon has conservatively opted for Android 2.3.5 Gingerbread and, while it is dated, everything whizzes along and Cowon has spruced things up with its tasteful ‘Plenue’ skin.

Cowon has pre-installed 21 ‘apps’ onto the Z2, but many of these are actually web shortcuts directing you to the browser. The reason for this is the Z2 has no access to the Google Play store, though it will accept sideloaded apps and there are numerous online guides that will help you to hack Play onto it. The overall experience may not quite measure up to Android 4.1’s Project Butter or iOS, but for long-time Cowon buyers it will be a revelation.

Audio Performance
Of course long time Cowon buyers will tell you they don’t care about any aspect of this review up to now because all that matters is audio performance. If this sounds like you then hold no fears, despite the move to Android, the Z2 sounds as good as – if not better than – any Cowon MP3 player or PMP to date. 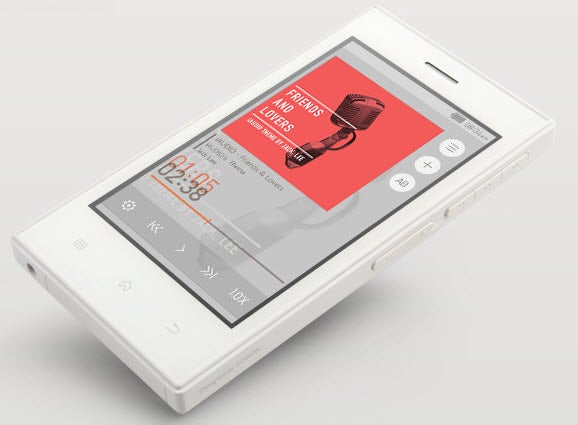 In raw figures Cowon claims the Z2 delivers a typical 20Hz to 20,000Hz frequency range, a maximum sound output via headphones rated at 29mW 29mW and 95dB signal-to-noise ratio. In addition it comes with JetEffect 5, the latest version of Cowon’s proprietary sound enhancement technology. Still based on BBE algorithms it enhances spatial effects, offers nine types of reverb and a whopping 48 sound presets. Interestingly while this sounds complex it is extremely easy to use and though a flat EQ is often the weapon of choice for purists we found they offered fast and simple ways to bolster music genres regardless of whether you were using cheap or inexpensive ear/headphones or outputting it to a car stereo or home system.

Even without JetEffect 5, however, the Cowon Z2 sounds superb. Highs, lows and mids are all clear and distinct, there is plenty of drive and even tracks of a lower bitrate receive a spring clean when processed through the Z2. Of course high bitrate content and top notch listening equipment will bring out the best, but whereas they are often used to counteract the poor processing on your average smartphone here they bring pure enjoyment. Cowon does supply earphones with the Z2, but they are of cheap construction and while there’s reasonable bass response they distort at higher volumes and you’d be well advised to invest in something of higher quality. After all why else would you own a Cowon? 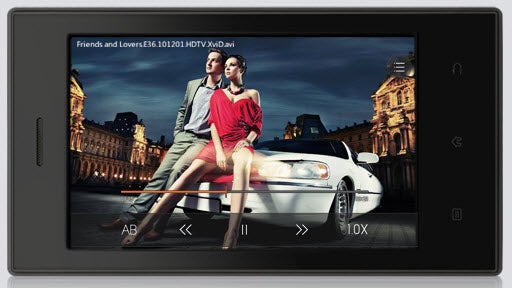 Video Performance
Watching video, the results aren’t quite as stellar. Cowon has opted to include the ARM Neo 1080p decoding chip so Full HD video has silky smooth playback, but the 3.7in screen itself (while AMOLED with reasonably high 800 x 480 native resolution) is a bit of a disappointment. Viewing angles are wide and colour reproduction is reasonably accurate, but it is dull and feels lifeless and certainly not on the level of an Apple Retina Display or Samsung Galaxy S3.

We won’t damn the Cowon Z2 too much for its so-so movie chops though as we can’t imagine video playback will be its primary attraction for many and Cowon has gone out of its way to ensure the Z2 accepts a wide range of codecs including DivX, Xvid, H.264, WMV 9/8/7, MPEG1 and MKV. Similarly audiophiles can happily use MP3/2/1, WMA, OGG, WAV, ASF, FLAC, APE and M4A.

As for battery life, Cowon quotes up to nine hours for video and up to 22 hours for audio. We found these to be accurate (depending on what else you are doing with the phone at the same time), but this isn’t a great claim to fame as both figures – particularly audio – are below industry averages where 10 hours video and 40 hours audio have fast become standard.

Value
All of which brings us to the question of value. Cowon has dared to break some stereotypes in embracing Android, but it hasn’t decided to cut its famously high RRPs as well. The result is a £219 16GB edition and £259 32GB edition, making the entry point high and the more capacious device £10 more expensive than a 32GB iPod touch. 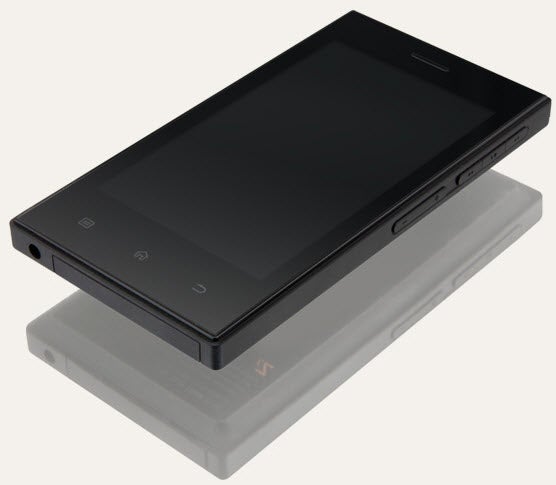 The trouble for Cowon is while the Z2 surpasses the touch in sound quality and supports more codecs it loses every other battle: design, build quality, screen quality, user interface, app support, battery life – and the touch has front (VGA) and rear (720p) cameras. A similar argument can be made for the all-in-one nature of subsidised smartphones, but for those looking for a dedicated device this is irrelevant.

So sadly we reach a somewhat familiar conclusion: despite all the changes, Cowon devices are still too expensive and ugly… but they continue to sound brilliant.

Verdict
With the Z2 Cowon has dared to be different. It has embraced Android to add more functionality and attempted to offer a powerful alternative to the iPod touch. For the true audiophile this is a triumph, the Z2 sounds fantastic with superior audio processing, wide codec support, a responsive UI and expandable storage. The trouble is the design remains clunky, the AMOLED screen is dull, the battery life below average, it is expensive and you’re restricted to Android 2.3.5. Still it remains a credible alternative which excels at its primary function and that is a trait sadly all too rare.