I know that some of us hate to admit it, but Apple’s dominance of the MP3 player market isn’t entirely undeserved. Despite stiff competition from Sony, Cowon and Samsung, the iPod touch remains a class-leader, while the iPod nano is one of the most beautifully designed, feature packed audio/video players around.


However, the boys at Cupertino do occasionally come a-cropper, the current iPod shuffle being a case in point. Sure, it’s tiny, practically weightless and rather cute, but the decision to integrate the controls into the headphones means that most buyers are saddled with Apple’s useless earbuds, and there’s no question that it’s horrendously overpriced. While we regularly push people in the direction of the Sandisk Clip+ instead, there’s definitely room on the market for a shuffle done right. After all, if you want music while you’re out in the garden, jogging or exercising at the gym, you just want something cheap, light, durable and fuss-free to take with you.


Enter Cowon, with the iAudio E2. 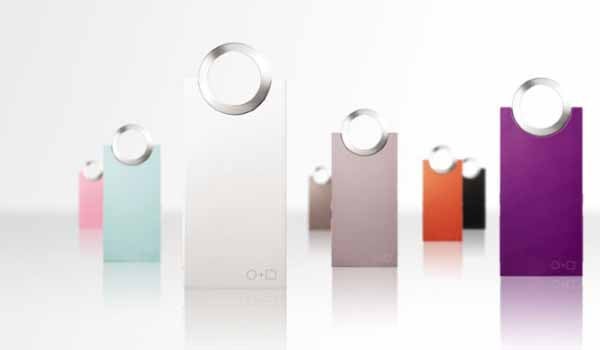 Cowon’s little beauty isn’t as small or as lightweight as the shuffle, but the minimalist keyring styling, low price and limited feature set all mark it as a competitor to Apple’s product. 2.7cm across, 6.4cm tall and less than 8mm thick it’s still very compact, and with the weight down to 16.6g it practically begs to be hung around your neck or from a belt loop – or simply attached to your keys.


The all-plastic construction means it hasn’t got the bulletproof feel of the aluminium shuffle, but the E2 certainly feels solid enough to take a few hard knocks, and the device exudes an understated cool. If you don’t fancy the black version we’re looking at here, it’s also available in white, pink, violet, sky blue, orange, metallic lilac and mocha brown. If you want a player to match your phone, handbag, car or kitchen appliances, this is it. 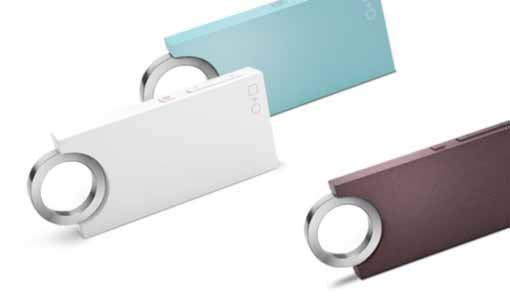 As with the shuffle there’s no screen, while controls are kept down to the barest minimum. On the right-hand side we get a square power button and track skip rocker, while the left-hand side gives us an identical set, with the rocker handling volume and the square button switching shuffle mode on and off when held, and flicking between sound presets when pressed rapidly.


Otherwise, the only things you’ll find on the E2 are the headphone socket, which doubles up, with the adaptor provided, as a USB connector, and a tiny green LED indicator which flashes when the unit is switched on. The E2 charges over USB in about ninety minutes, and I’ve had approximately ten hours of use from a charge, which is competitive with Apple’s little offering, though not SanDisk’s 15 hour Clip+.

With no music software needed or supplied, the E2 works happily with Windows Media Player and most other music management apps, or you can transfer files directly using Windows Explorer. File format support, meanwhile, is excellent for such a small device, with the E2 handling WMA, FLAC and OGG as well as MP3 and WAV. I’m not sure anyone wants or needs uncompressed audio on such a small, limited capacity device, but if you do then the E2 will serve you well.


In fact, there’s a strong argument that the E2 makes a solid audiophile(-ish) alternative to the shuffle. Cowon has built its reputation on the back of devices that deliver premium sound quality, and hasn’t seen any reason to compromise that just because the E2 is a miniature player. For a start, the E2 incorporates a selection of the BBE+ effects sported by the company’s larger audio players. On top of a flat ‘normal’ setting and vanilla BBE processing, we get the BBE VIVA and VIVA 2 3D soundstage technologies, the BBE Mach3Bass bass enhancement, BBE MP harmonic restoration and three varieties of BBE headphone processing (combining the BBE, MP and 3D soundstage technologies). 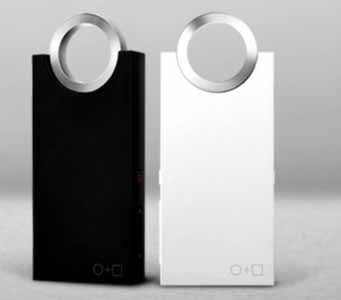 On the normal preset the E2 is a decent but slightly flat performer. The bundled headphones aren’t up to much, of course, but then what do you expect for this kind of money? With Mach3Bass or BBE Headphone up and running, however, you can expect a listenable, reasonably punchy sound. Of course, the big advantage that the E2 has over the shuffle, is that you’re not at all limited when it comes to which headphones you can use. Buy even a bargain basement set of in-ear headphones and you can substantially upgrade the sound.


Pair up the E2 with a set of Creative’s ultra-cheap EP-630s, for example, and the sound exhibits a bit more bass, and the results will be perfectly good enough for jogging or gym work. With a pair of still cheap and cheerful Soundmagic PL-11 headphones the sound is strong and beefy, albeit a bit heavy on the bass with some of the presets. 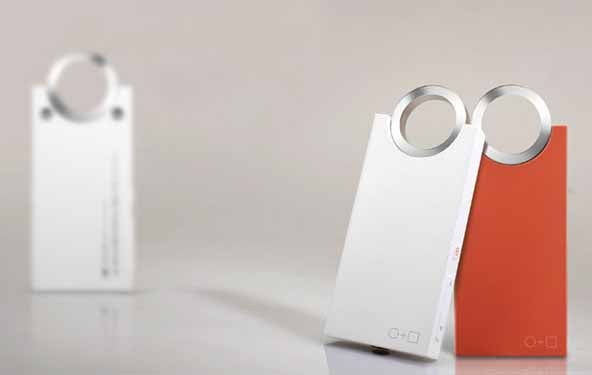 With something more expensive and refined, like a pair of Etymotic HF6s, the output grows richer and more detailed, with the VIVA and BBE Headphone presets opening up a nice, wide soundstage and adding a little warmth to the delivery. The E2 does clean and crisp better than it creamy tone or beefy raunch, but the presets make it a more versatile box than you initially expect.


On the normal preset, for example, tracks from Muse’s mighty The Resistance or The Dead Weather’s swamp-rock stormer, Horehound, sound a little weak and uninspired. Switch to BBE VIVA2 or BBE Headphone, however, and the E2 does a decent impression of a little rock monster. Fiddle around, and there’s enough snap on offer for poppy tracks from Royskopp and Maroon 5, and enough low to mid-range tone to handle jazz from Bill Evans or bluegrass from Alison Krauss. The E2 is a small player, but it certainly doesn’t sound like one. It’s not quite in the same territory as Cowon’s premium quality players, but it punches comfortably above its light weight.

Unfortunately, if it scores big for sound quality, the E2 doesn’t do so well when it comes to usability. Part of the problem sits with the cut-down control set and the lack of any audible or visual feedback, except when you’re switching between sound presets. You can switch shuffle mode on and off or skip tracks, but there’s no way of using or flicking between playlists, or of flicking from one album to another. It’s not perfect, but it’s something the iPod shuffle actually manages quite well, and it’s a shame that the E2 can’t match Apple feature for feature here. 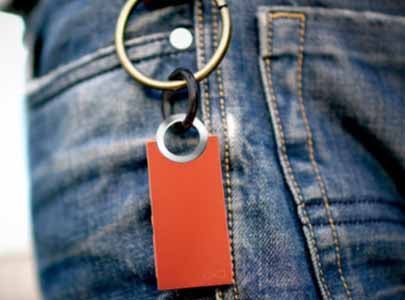 What’s more, while the decision to use small, identically sized, symmetrically aligned buttons on either side of the unit might work from a design point of view, it can make it hard to hit the right control when you’re not looking straight at the E2 in decent lighting. Try to change the volume, and a good half of the time you’ll end up skipping the track, and visa-versa. Neither of these issues is a deal-breaker, and if you just want a player you can leave in Shuffle mode then you won’t get too annoyed. All the same, I’d be a liar if I said that it didn’t drag my overall opinion down.


On the plus side, there’s definitely one other area where the E2 beats the iPod shuffle, and that’s on price. The cheapest 2GB shuffle will currently set you back £45, with the 4GB model taking that up to £59, or £75 if you’re the sort of mug who fancies the stainless steel model. Add the Apple In-Ear Headphones you’ll need to get a decent sound out of it, and you’re talking about a hefty £104 total outlay (though you could get this down by buying a £15 Belkin headphone adaptor and some cheaper IEMs). Buy even the 4GB E2 for £35 and spend £20 to £35 on headphones and you’ll get a better sound for much, much less. 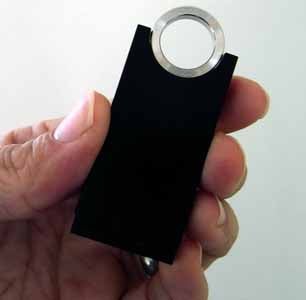 Is this enough to put our few gripes about usability in perspective? Up to a point. Unless you’re obsessed with size and style the E2 is certainly a better buy than the shuffle. But when you consider that it’s not actually that much smaller or lighter than the SanDisk Clip+ you have to wonder whether the compromise is really worth it. As a take anywhere player the E2 has the shuffle beat, but is it the ultimate ultra-portable? Nope. Not quite.


A strong, top value rival to the iPod Shuffle, which skilfully avoids the limitations of the Apple player, but suffers slightly when it comes to usability.