As a reviewer, I sometimes get the feeling that I’m giving a product too much of a hard time. After all, I see very few products that are truly awful, these days. However, not all products are made equal – some are better than the rest – and as with a field of high-class athletes running the 100 metres, there must still be a winner.


In the world of hard disk-based media players, the field is almost as small as a 100 metres final. With most of the market focussing on flash-based music and video players, Apple, Creative, and specialist manufacturers such as Archos are among the few contenders that take part in this race. Cowon is another, but does its latest all-singing, all-dancing A3 have what it takes to storm through and win the gold medal? 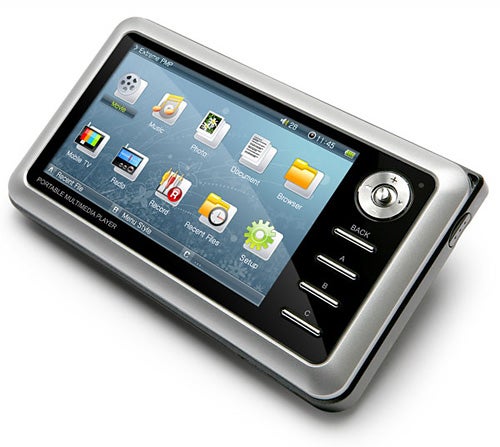 Plain looks mean it gets out of the blocks slowly. The black and white silver body doesn’t look like it’s had much design attention lavished on its finish and it doesn’t have the aluminium chassis of the Archos 605 WiFi and Apple iPods. It’s chunky and heavy, too, at 22mm thick and 280g.


The A3 is, in fact, identical to the A2 – a player that’s been around for some time now – and it’s painfully obvious it’s an ageing design. The control system is the same as on its predecessor, with a rather fiddly five-way clickable joystick and four narrow context sensitive soft buttons beneath, and it has the same nasty plastic flap covering the various AV and USB sockets on the side. This is not a product for fashionistas, design freaks or fans of interface innovation.

But the A3 has clearly been putting some work down at the technological training camp, because its improved features soon have it pulling alongside the competition. The most obvious is the high-resolution 800 x 480 4in screen, which allows you to watch high definition videos (up to 1,280 x 720) without having to down-convert them to a lower resolution. It’s a good screen too – sharp, crisp and clear with good black levels, though its glossy finish means reflections occasionally get in the way. Apple’s video iPod screen can’t compete with this at 320 x 240 and neither can Creative’s Zen Vision W at 480 x 272. It’s at least as good as the 800 x 480 screen on the Archos 605 WiFi – even better in terms of its sheer depth of colour.

The A3 soon starts to pull ahead of the Archos 605 WiFi, and this is thanks in the main to its incredible file format support. It will happily deal with pretty much every file type you’re ever likely to come across…and then some. Not only are the usual suspects – WMV and AVI – catered for, but you can also dump DivX, plus H.264 and even VOB files ripped straight from DVD onto the device without having to re-encode them. This makes the A3 just about the most practical portable video player I’ve come across – there’s no need to wait hours for a movie or video clip to convert before you can transfer it across, and no need to waste the precious hard disk space duplicating video on your desktop PC. 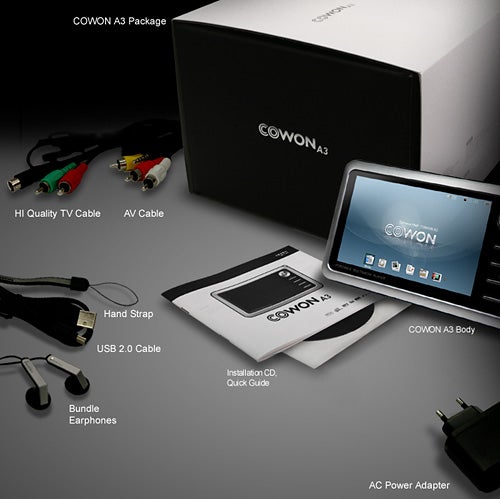 Even if you come across a file the A3 won’t play natively, there’s no need to panic. The excellent jetAudio software provides dedicated presets that allow you to convert files for the A3 quickly and easily, without have to fuss about with too many settings. And there’s another way of getting video onto the A3 quickly and easily, too – you can record directly to the player in a variety of formats straight from an S-Video or composite source.


As well as video input the A3 also boasts video output – and it’s not just limited to low resolution composite connections either. Impressively, the A3 has a component output and what’s more the player comes with all the cables you need for the input and output of video, so there’s no need to lay out extra cash as you do with Archos’ and Apple’s players. 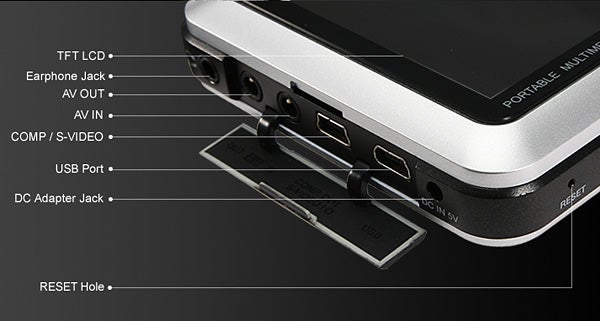 But it’s not just video file format support that’s impressive: the A3 will also play the widest range of audio codecs of any player on the market. Not only are MP3 and WMA covered, but also Flac and Ogg, AAC, AAC+, True Audio, MusePack, Monkey’s Audio, APE, WavPack, and Apple lossless among others. It’s an astonishing list and great news if you’re one of those types, like me, whose music collection is encoded in all sorts of different formats.


And don’t forget that if its music and video features aren’t enough for you the A3 also packs in an FM tuner, an external mic, built-in speakers and the facility to read from external USB thumb drives, hard disks and MP3 players.

Of course all these features aren’t much use if the player fades in the final few metres because sound quality isn’t up to scratch. But fortunately, the A3 does well here too. It’s helped by a decent output power of 32mW per channel, which means that it’ll power larger headphones such as my reference Grado SR325i’s without breaking sweat, but it’s also pretty good in terms of out-and-out quality.


This is one smooth-sounding player that manages to sound clear and detailed at the same time as being warm and very pleasing on the ear. It can’t quite match the Creative’s Zen Vision W for sheer dynamics and punch, and it’s not quite as exciting to listen to as the Trekstor Vibez, but feed most types of music through it and it’s at least as good as Apple’s iPods, while the lossless support means it edges in front of the Archos 605 WiFi. 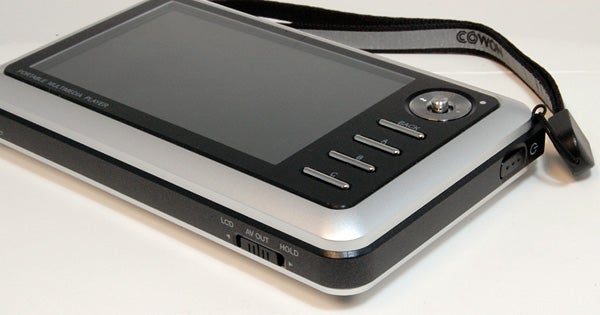 I listened to a series of Flac-encoded tracks, starting with Pat Metheney’s atmospheric ”Map Of The World”, and this backed up my initial feelings about the A3. The guitars don’t sound quite as clear as they do on the Vibez or quite as three-dimensional, and this was more obvious when moving the listening test on to a bit of big band sound courtesy of Georgie Fame. With Simple Kid’s joyous pop anthem ”Staring At The Sun” it was a similar story: it’s very accomplished, but not quite the ultimate in audio engagement or all out fun.


In fact, I was wondering if this player had a single major weakness – then I found out about its battery life. While seven hours continuous video playback is impressive for a player with a screen this large, just nine hours for music playback is poor. 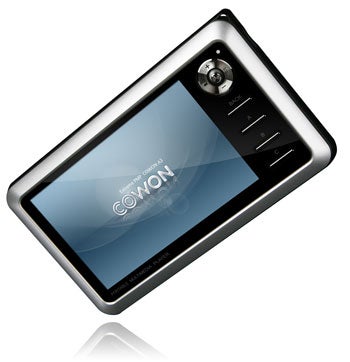 
The A3 is such a multi-talented media player that it’s hard to knock it too much for the battery life. If its sheer power and flexibility you’re after, the A3 has no peer, but taken with the other shortcomings – its lack of style, old-fashioned physical interface and the high price of £280 – it’s enough to hold it back from bursting through the finishing tape in first place. The gold medal still remains the property of the Archos 605 WiFi which is considerably cheaper and has better all-round battery life.