In the world of MP3 players, Cowon is a bit like the England rugby team. It keeps producing products that might be a bit unfashionable, but that you just can’t ignore. And though everyone seems to be doing their darnedest to ignore their progress (when was the last time you saw a Cowon product at retail anywhere outside Tottenham Court Road?) its products just seem to keep winning ugly.


So when it takes a stab at the premium portable media player market, it’s time to sit up and take notice. To be fair, the A2 (this is the 30GB variant) has been around for some time now, but this is the first time we’ve seen the player here at TrustedReviews and, with Archos seemingly running away with things with its Wi-Fi enabled range of miniature movie marvels, we thought we’d take a closer look at what the competition has to offer. 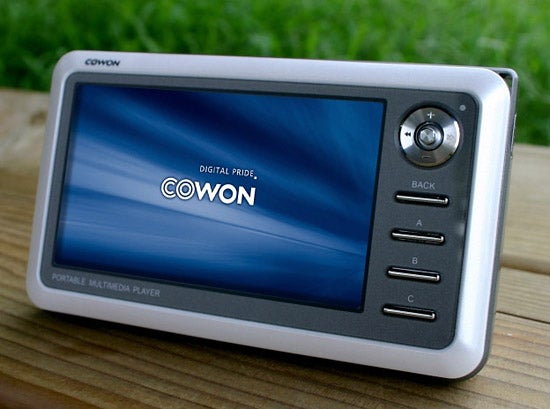 As with all Cowon products, the A2 is an extremely well-engineered product. It’s not particularly attractive in today’s iPod-obsessed world, with its pearl-white and gun-metal grey plastics, but it has a heft to it and rigidity that suggests longevity in a way the Archos 605 doesn’t.


The joystick control and the four buttons arranged down the right hand edge of the screen feel solid too, and even the plastic flap covering the connections on the left hand side feels like it’ll last, though this is just as well as it covers the frequently-used USB socket.

And there are other areas where the A2 outdoes the competition as well. Unlike Apple or Archos players, for instance, this player comes with everything you need in the box. There’s no need to buy extra cables in order to take advantage of its ability to record and output video. There’s a USB stub cable for attaching your digital camera so you can copy photos off your digital camera and music files from a USB stick or flash-based player. You get a line-in cable and a decent leather case too – a nice touch. 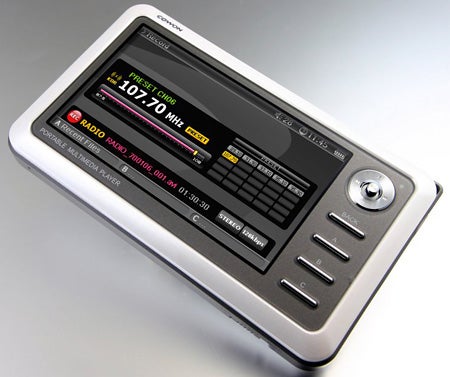 It also has an FM tuner where the Archos doesn’t, and support for video and audio formats is superior to much of the opposition off the peg too. Not only are MP3 and WMA supported, but also OGG, the excellent lossless codec FLAC and Musepack as well – an emerging lossy codec enhanced for audio quality over file size. For video, the list is almost as impressive with support for AVI, ASF and WMV file types, which means it’ll play DivX and XviD movies without conversion, MPEG-4, WMV 9, and MPEG-1 files. Disappointingly there’s no MPEG-2 or H.264 support, however.

Impressively, you should be able to get around 10 hours of continuous video playback out of the A2, which is another improvement on most of the opposition. Only the iPod Classic can boast this sort of video battery life, and it has a much smaller screen.


Of course, with the A2 you also get all the usual accoutrements that we’ve come to expect from Cowon over the years: line-in recording of audio and video, loud and clear built-in speakers and a host of setup options and extras, including lyrics display, pitch correction and the ability to schedule recordings, so you could use it to record direct from your digital TV or set-top box if you wanted to. 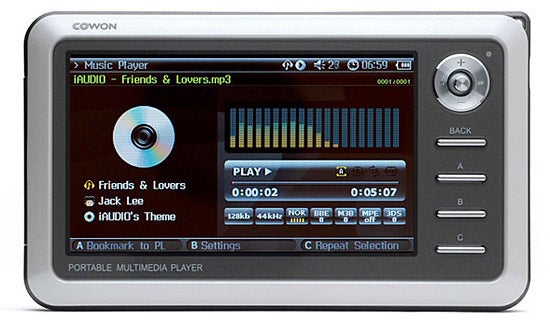 What it doesn’t have is the best screen quality in the world. The 4in screen’s resolution isn’t as high as the Archos 605’s, at 480 x 272, and movies aren’t as crisp or clear on it either. The principal culprit here is the glossy screen protection, which catches reflections like a mirror, but it’s also not as bright and contrast isn’t as good.

The A2 can’t boast any kind of touch sensitivity either, a feature which is becoming increasingly popular on digital media players at the moment. And though the A2 isn’t the worst Korean player I’ve come across in terms of usability, it’s nowhere near as nice to use as the Archos 605, iPod Touch, or the iPod Classic for that matter. Navigation with a mini-joystick isn’t exactly swift when it comes to long lists of albums or folders and the way three of the four main control buttons change function contextually isn’t the easiest thing to get used to. Finally, there’s no kind of wireless support with the A2. 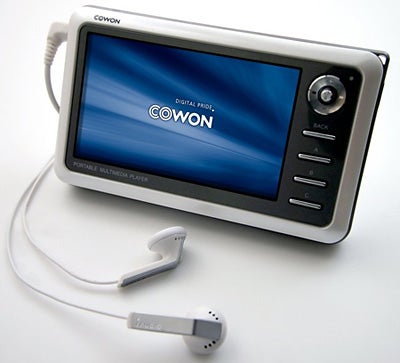 Where the A2 can boast good performance is in terms of its audio performance. Cowon players are usually pretty good here, and the A2 is no different, with a smooth, powerful output that matches most of the competition. The Creative Zen Vision W is perhaps a little punchier, while the Trekstor Vibez manages a more atmospheric and dynamic output, but it’s on a par with Apple’s iPod products. The ability to play OGG, FLAC and Musepack files, however, sets it above the iPods and the Archos 605 too, which only has MP3 and WMA support out of the box.

To put it through its paces, I fired up a few FLAC-encoded tracks from Six By Seven’s raucous album, ”The Closer You Get”, and found the gritty, edgy guitars bite just as much as they should with about as much instrument separation as you could hope for. Slowing the pace a bit I moved to some jazz and classical material. Here, Stacey Kent’s rich, sumptuous vocals are rendered beautifully and Andreas Scholl’s hauntingly pure alto vocals are clear and extremely natural. 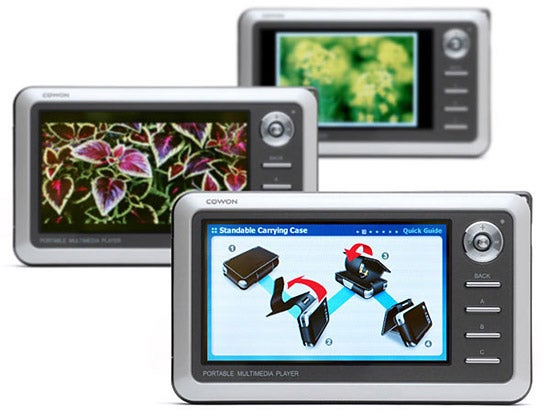 If there are areas of disappointment, however, it’s in the bass department – which is competent rather than punchy – and the maximum volume level, which fails to drive larger headphones beyond comfortable levels.


Mary J Blige and Dave Young’s duet ”Alone” exposes the lean bass, with low notes just lacking a touch of substance and roundedness. It’s the same story with Amy Winehouse’s ”Rehab”, with the normally-juicy saxophone getting a little lost among the drum beats and background music. 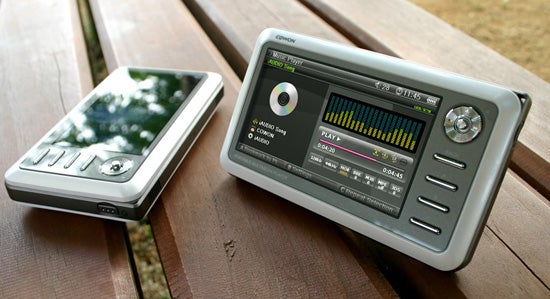 The bundled earphones aren’t much cop, but there’s no surprise there, and they’re far from the worst I’ve heard. Hopefully, though, you will have invested in a halfway decent pair of after-market upgrades you can just plug in when you get the A2 home.


Cowon’s A2 is a highly competent all round media player. It has excellent battery life, its build quality is supreme, it is packed with as many features as you can shake a USB memory stick at, and it has very good all-round file format support. The fact that you get all the cables and a case in the box is a thoughtful touch and saves the expense of getting them later.


But there’s no getting away from the fact that the competition has moved on. Archos’ fifth generation 605 player is more innovative, easier to use, has a better screen and almost as many features as the A2. More importantly, though you don’t get as much in the box, it’s cheaper than the A2, which at £229 remains a little expensive for a 30GB media player.