The Cougar 700K is a feature-packed mechanical gaming keyboard with a premium metal-topped finish and an intriguing split spacebar. Priced a little lower than your more well-known brands, it offers a lot for your money, including backlighting, extra gaming keys, memory keys and audio pass-through.

Cougar’s style is very much from the Lamborghini, as-many-angles-as-possible design school. As such, the whole keyboard is a chaos of chamfers and bevels. The effect is one that you’ll either love or hate, though in our many years of reviewing keyboards we’ve rather come to view design as a distant cousin to many more practical considerations.

One thing we do like is the sheet of brushed aluminium running underneath the keys. It serves little practical purpose but does give the keyboard a premium look and it contrasts nicely with the black of the rest of the keyboard. Unexpectedly it even seems to work quite well with the gold of the Cougar logo. 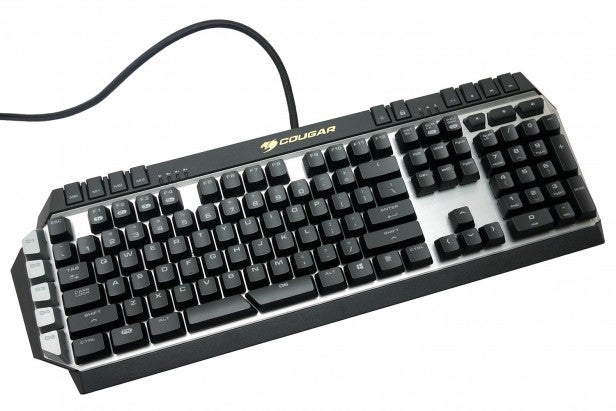 The rest of the keyboard is that typical hard-wearing rough plastic finish that such products have. This runs all round the sides and underneath where a couple of flip down feet can be deployed to provide around a centimetre of lift at the back edge.

Cougar has fitted orange backlighting to the 700K, which again is a bold design decision. It wouldn’t normally be our first choice but it does kind of work. It’s certainly different at least and fits in with the general ‘gamer’ vibe of the rest of the keyboard.

When it comes to build quality, the whole keyboard has a decent rigidity and generally solid feel to it and the fit and finish of the keys and other features is as good as we’d expect, unlike the loose-keyed Ozone Strike Battle. Even the raised G-keys on the left edge stand firm. Out the back a hefty and plentiful 1.8m braided cable carries the four connections required to fully hook this thing up.

For mechanical switch purists you may be disappointed to learn that the memory function keys, and other multimedia controls are all more basic switch types but we don’t see this as a problem as they don’t get such regular use.

All told, though, this is a well put together machine that is easily on par with the more well-known brands like Logitech and Corsair.

In many ways the 700K has a fairly standard feature set for a premium gaming keyboard. There are five G-keys down the left edge and multimedia keys in the top right, which consist of Mute, Volume Up and Down, Play/Pause/Back/Forward. There’s also a Windows key lock and a backlighting switch. The latter isn’t just a brightness adjustment, though, as one of the five settings will produce a ‘breathing’ effect where the brightness slowly rises and falls. You can also turn individual keys on or off in the software, with different layouts for each profile. 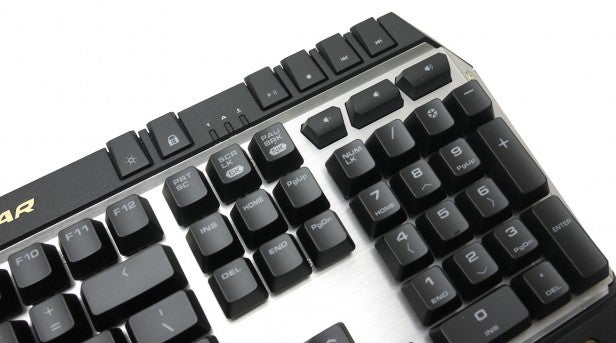 A slightly less common feature is the set of memory buttons in the top left. These are used to switch between profiles, so you can easily switch between your game-optimised setup or one for your desktop. Next to these are the F1-F4 keys which have been given a second function whereby they switch between different repeat rates. This is the speed at which a key press is registered multiple times when held down. Above these are four corresponding lights to show which speed you’ve chosen.

Also activated by a secondary function is the option to switch between n-key rollover and 6-key rollover. It’s a pretty niche feature but is one more thing the 700K can add to its list. 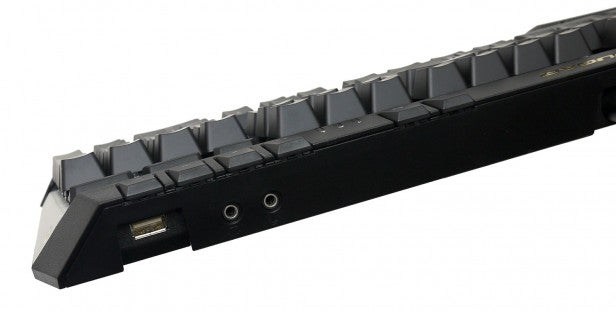 Round the back is the USB and audio pass-through, which are features we always like to see. The USB in particular is really useful for either plugging your mouse into or using as an easy access port for thumb drives. It is only a USB 2.0 port though, so is no good for high-speed transfers.

This keyboard’s defining feature, though, is its split spacebar. The logic is that by having two shorter keys there’s less chance of it jamming. Moreover it means you have a second button nearby that can be activated by the thumb. 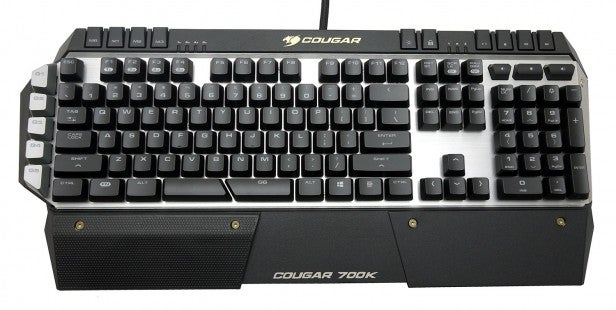 Rounding things is the wrist west that is a sizeable thing that clips into place. It’s not padded but there is a secondary smaller rubberised piece that sits on top and is held in place with magnets. You can place it either on the left for extra support when using the WASD keys or on the right for using the cursor keys.