Sex, cars, football, newspapers, even ham! All of these things are far more interesting than your average USB key. However, none of them are as good at transporting your precious data from computer to computer, and that is the reason we’re looking at the new Corsair Flash Readout drive today.


You know all about these things already though. Or do you? USB keys are the new floppy disk – or, rather, the new mountain of floppy disks in a big box. Most drives on the market today can easily transport 1GB of data, which is around one thousand floppies worth. For most people, this is plenty of capacity, given that Word documents average around 100KB. 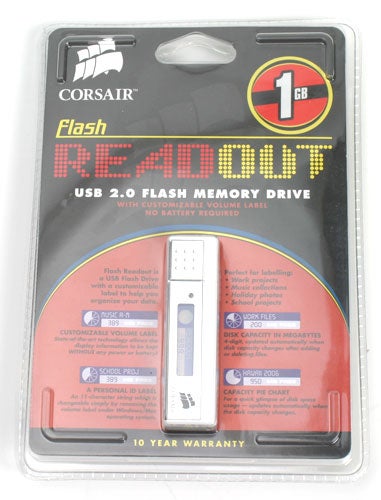 This drive from Corsair has an LCD readout on the front. The readout tells you the name of the drive and tells you the amount of room left on the device, using two – count ’em – different methods. A numerical readout of the capacity gives you the explicit lowdown while a handy pie chart conveniently illustrates the allocated space on the drive vis-a-vis the capacity.

Corsair claims that the battery on the readout will last for a year without being charged. However, you would be making a bit of a dud purchase if you bought this thing then didn’t use it for the space of a year. It charges up when you plug it into a USB port, so you should never need to worry about the display failing and reverting your super-duper USB key back to, well, a normal USB key. 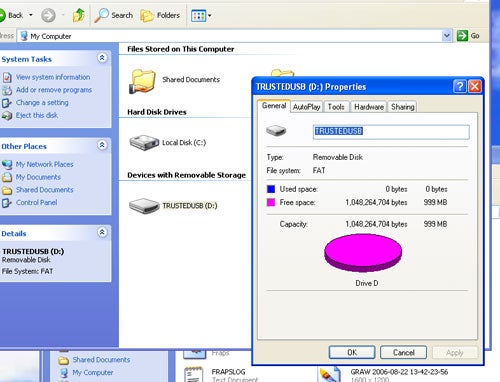 You can change the name of the drive that is displayed on the readout by heading into the drive’s properties – a simple case of right-clicking it in My Computer. We changed ours to TRUSTEDUSB, because we’re TrustedReviews, and that’s just the way we like to roll. 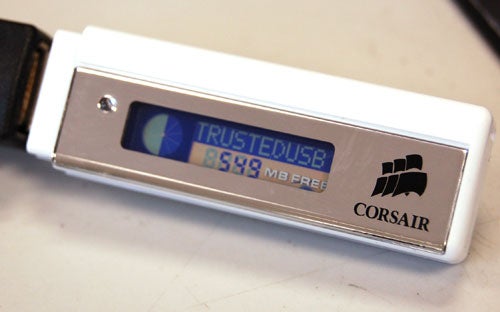 However, there are plenty of more useful/amusing things you can rename your drive to. You could put your name on it, or your phone number in case you happen to lose it – both good ideas. Or, you could do what we did: 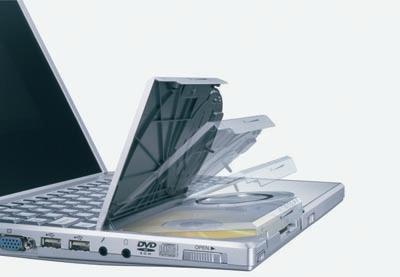 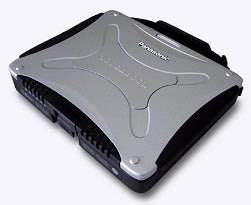 
In terms of functionality, this works like any other USB 2.0 thumbdrive. When it comes to speed, the primary factor determining that will be the motherboard you are connecting it up to, so any tests we do here won’t really relate to any performance you may observe in the ‘real world’. However, we can tell you that it performed a little slower than a couple of the other drives we’ve seen in the labs, namely the Corsair Flash Voyager and the OCZ MiniKart. However, even that’s relative – we’re talking a few seconds difference on large file transfers.


The Corsair Flash Readout drive comes in a 1GB capacity for £25 at Scan. This is £7 more expensive than the Flash Voyager, which costs £18. Do you want a nice rubberised, throw-it-at-the-wall housing, or the housing with the equivalent of one of those nametags in the back of your school shirt that your mum used to sort out? The choice, as they say, is yours – but we’d advise you not to underestimate the leisure capacity of bouncing a Flash Voyager off a colleagues head. Repeatedly.