What is the Corsair Dark Core RGB SE?

The Dark Core is Corsair’s first wireless mouse, with the SE edition equipped with QI wireless charging, in addition to the 2.4GHz and Bluetooth capability present on the standard version. Both mice feature nine programmable buttons and user-replaceable finger grips.

It includes seemingly every specification you could possibly ask for on a gaming mouse, and it’s easily the most feature-rich gaming peripheral I’ve ever tested. Unfortunately, I’m not convinced that Corsair has quite managed to nail the ergonomics and usability – while there’s plenty to love about the Dark Core, I’m not a huge fan of either its shape or weight. 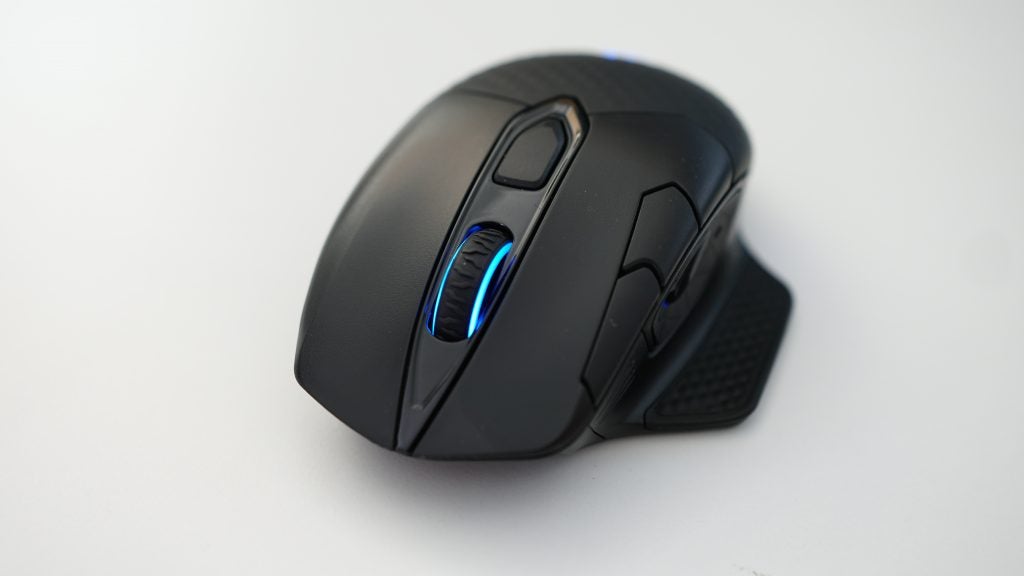 The Dark Core is a medium-sized mouse sporting a rather stealthy jet-black look. The two-tone design looks great, with a textured soft-touch plastic on the front palm rest, and a smoother black finish on the top and sides. RGB is of course present and correct, with three zones of bright and vivid lighting.

As is the norm with wireless mice, the Dark Core is a little heavier than your average gaming mouse. It weighs in at 128g. The result is a device that feels a tad on the chunky side – and while many will favour a heavier mouse, I’d have prefered something a bit lighter, such as the Logitech G703.

There are a total of nine buttons on the Dark Core, with the top section hosting the left/right clicks, scroll wheel, mode switcher, and two DPI toggles. The left side of the mouse is home to a ‘Sniper’ button, sandwiched between the backwards and forwards buttons. 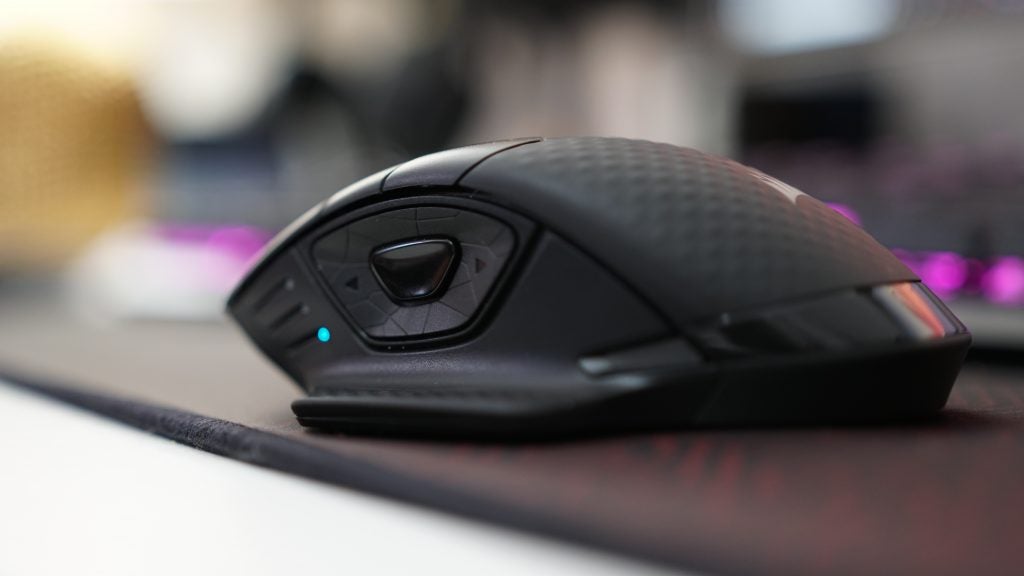 The button layout on the left of the mouse is fab; all the buttons are easy to use and work right out of the box. This isn’t the case with the buttons on the top, however. While the classic buttons work as you’d expect, the mode switchers are quite difficult to reach. As such, my thumb and index finger can comfortably reach one but, sadly, not the other.

The shape of the device is also a little odd for a gaming mouse. The Dark Core ships with a large fin on the left of the mouse, but unlike the Corsair Glaive, it isn’t user-swappable. On the right, however, you can indeed swap this section for a fin if desired. It would be so much easier if Corsair allowed you to alter the entire shape of the mouse, rather than just one section. Ultimately, I’m left using a mouse that isn’t entirely comfortable.

On the underside are four large teflon pads for smooth surface gliding, toggle switches for power and wireless communication, and of course the optical sensor itself.

Charging is handled by the micro-USB port on the front of the mouse, although this SE version (costing £10 more) can be charged wirelessly on any QI charger – including Corsair’s own MM1000 mouse mat. 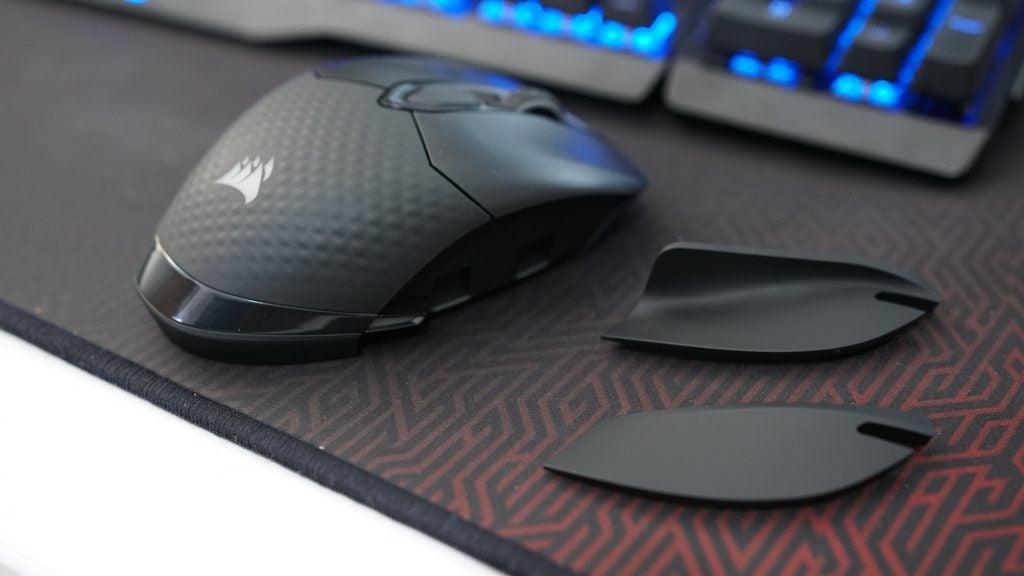 While there’s plenty of room for improvement with regards to the design of the mouse, the Dark Core’s performance is exemplary.

Equipped with a sublime 16,000 DPI sensor that’s also found in the Corsair Glaive, in-game tracking is excellent across the board; I’ve always had the utmost confidence creeping up on enemy strongholds in Battlefield 1, or setting up an ambush in PlayerUnknown’s Battlegrounds. It isn’t quite as fluid as the class-leading sensor found in the latest SteelSeries’ mice, but it certainly isn’t far off – and it’s sure to be loved by all.

The Omron switches are also highly responsive, and scrolling is smooth and consistent with on textured wheel. It does lack the infinite scroll feature found on Logitech’s G903, however. 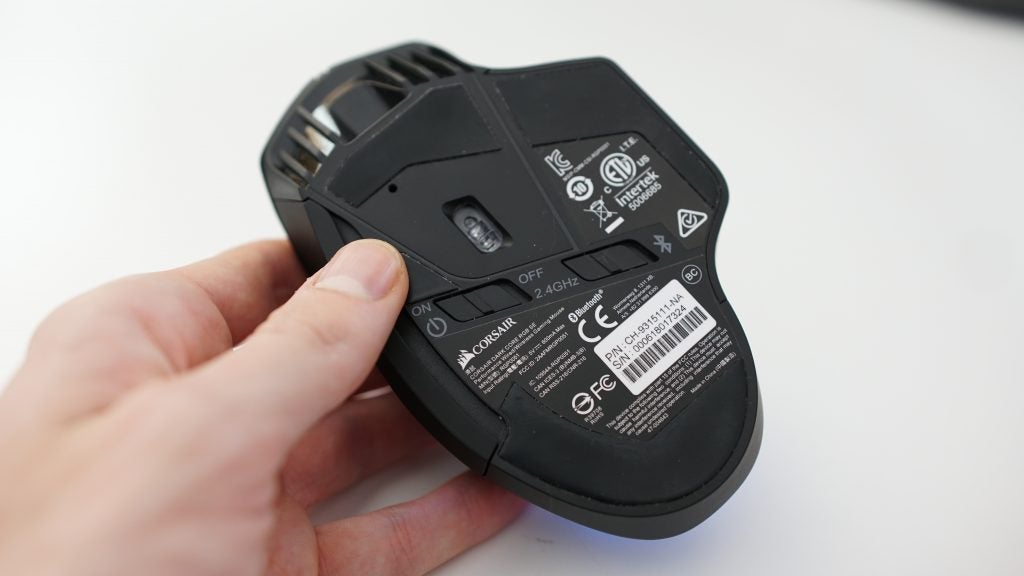 Everything can be customised in the Corsair CUE software, which is still my favourite suite on the market today.

It’s clear and easy to use, with options including button remapping, macro creation and DPI changes. The sensitivity can be adjusted from 100 to 16,000, with different steps assignable to the on-board memory. The sniper button can also be adjusted to sport a different DPI when depressed, making it easier to precisely line up that headshot.

The lighting looks great on the Dark Core, and the LEDs can be adjusted via the software to reflect your mood. 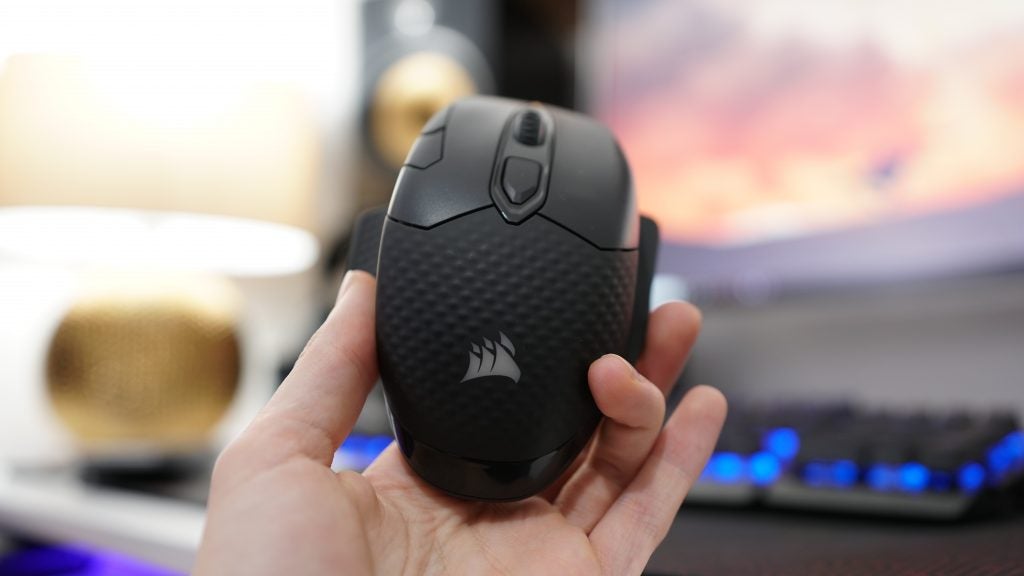 The Dark Core RGB SE is a great gaming mouse, one that seemingly sports every feature under the sun. Priced at £89.99, it’s actually great value – and undercuts rivals such as Razer’s Lancehead, ROG’s Spatha and Logitech’s G703.

Unfortunately, while it is indeed a great mouse, it doesn’t quite match my preferences; I prefer Logitech’s G703. But that doesn’t necessarily mean that you’ll agree. If you like a heavier mouse then Corsair’s Dark Core will tick all the right boxes.

Filled to the brim with features, the Dark Core RGB SE is a fabulous gaming mouse.