There’s a new Subtitle Editor, which will detect when people speak within footage and create an event, into which you can add the relevant text. This does require clear voices with minimal background noise, but we found it a useful automation, which can speed up this laborious process a little. It scans very quickly, passing through three minutes of footage in 20 seconds or so, and divides up phrases and sentences. There’s no actual voice recognition here, so you always have to enter text manually, but it’s a useful tool nonetheless. 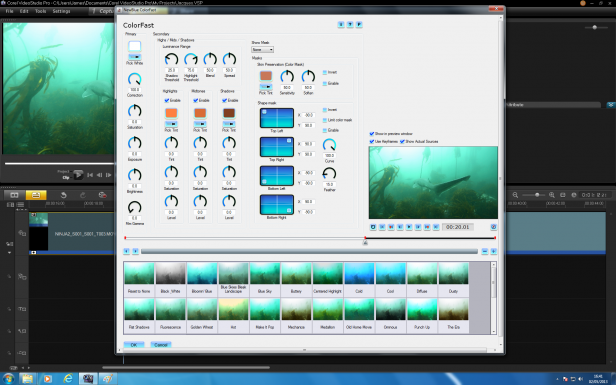 Variable Speed
Another extremely high-end new feature is the Variable Speed effect, which is like Tim Remapping feature in Adobe Premiere Pro. Instead of having faster or slower playback uniformly across a clip, you can vary speed at different points. So if you want to accentuate a section with slow or fast motion before returning to regular playback, you don’t need to cut out a separate chunk of video. Instead, you use keyframes, so the transition between playback speeds can be smooth, rather than an immediate jump.

There are sundry enhancements in other areas, too. The Random effects category can now be customised so that it is limited to a certain range of transitions. This is handy for avoiding the most elaborate, over-the-top transitions. The ScreenCap screen capture recorder has been improved so you can choose the capture frame rate and whether to capture mouse clicks, with the latter particularly handy for recording training videos.

It’s great to see that VideoStudio will now output HTML5 video in both WebM and MPEG-4, for cross-browser compatibility. It even exports the necessary HTML files to make including this in your own Web designs easy. However, you need to have created an HTML5 video project in the first place, as otherwise the option to Share in this format won’t be available. You can export a regular VideoStudio project from HTML5 mode, though. 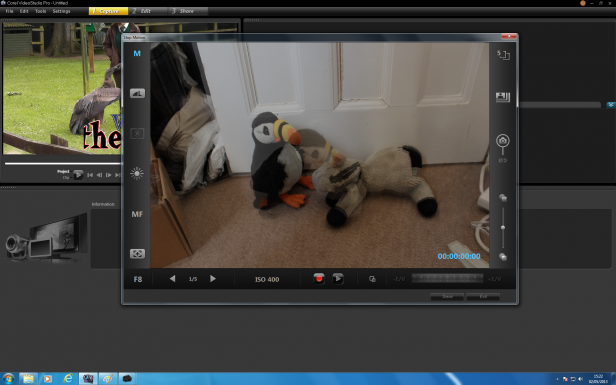 NewBlue ColorFast provides a huge range of chromatic adjustments and loads of presets, whilst proDAD’s Script handscript animation does exactly what the name suggests, and creates titles from realistic handwriting animation, although some of the end results can be quite cheesy.

VideoStudio has come a long way over its 16 incarnations. The new motion-tracking abilities of version X6 are unique at this price, although Cyberlink’s PowerDirector 11 Suite’s ColorDirector brought similar facilities to a slightly higher price.

The bundle of extra effects with the Ultimate edition is generous for the money, too. You are still only limited to 21 video tracks and 4 audio tracks, which is fewer than Adobe Premiere Elements and CyberLink PowerDirector, and the tracks don’t function in such a flexible way. But in reality you are unlikely to need lots of tracks for most projects. As always with VideoStudio, you get a lot for your money, and the X6 Ultimate bundle includes some pretty unique features at the price.