In these days of all digital technology, the hankering after analogue gear calls like a Siren’s song. Cooler Master’s earlier Musketeer devices are built almost entirely on retro geek lust where the looks were more important than the limited functionality they offered.


The Musketeer 3 attempts not only to look pretty in that vague, it’s got lights, look at my needle dance, kind of way, but to offer something approaching some genuine functionality. Is the Musketeer 3 the Monica Bellucci to the Musketeer’s 2’s Abi Titmuss?

Valve technology in PCs could easily be seen as little more than a novelty; something unusual looking to break the dull monotony of the grey box. AOpen had a punt at using valves in PCs with the AX4B 533 motherboard but made the fatal mistake of hiding the little tyke where it’s unlikely to be seen, unless you’re in the habit of peering inside PCs for fun.


The Cooler Master approach is to ensure that the valve is as prominent as possible by mounting it in a 5.25 inch front bay slot in the knowledge that the majority of the people who are likely to purchase such a device do so on the back of its looks.


Valve amps (also referred to as vacuum tubes) still have a reputation as being the on every audiophiles’ wish list due to the way they can colour the sound. Consulting the promotional PDF reveals more about the lack of English speaking proof readers than the device itself. 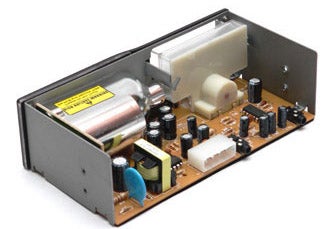 A good quality valve introduces an element of distortion into the sound, often described as being musical, where a regular digital audio signal will produce a nasty and harsh sound if the level is too high. Valves deal with high volume levels in a very analogue and sonically pleasing way, by gradually altering harmonics in the sound that are related to the fundamental frequency. The effect is often described as being fuller and having more presence than without the valve derived distortion.


The gizmo itself is built well enough with an attractive brushed metal appearance, although the wiring in the PCI bracket looks cheap and flimsy. The valve peers out of a window on the left with a needle volume meter on the right, the kind commonly found on amps a couple of decades ago. Between the two windows is a minijack connection for headphones or speakers.


To install you will need a 5.25 inch front bay slot available, a PCI bracket slot and an internal power connector. Wiring up the device feels a little ‘old skool’ as once the front panel is in place, two 3.5mm stereo mini-jack cables (supplied) run from the PCI bracket into the back of the front bay unit connecting the audio in and audio out connections. Making the connections can be a little fiddly as the front bay unit is not very deep so will require you to dig into your machine.

The final step is to attach an output from your sound card into the Musketeer PCI socket and to plug your speakers or headphones into either the front bay or the connection on the rear bracket.


This certainly won’t be convenient for everyone as it makes changing between the valve effect and the clean sound card output a question of physically changing the cable and plugging the speakers back in. It would have been far more convenient to have included a bypass switch on the box. If you have a surround sound speaker set up then this again will require manually changing the connections, although a Y female mini-jack cable from Maplin could be an option. 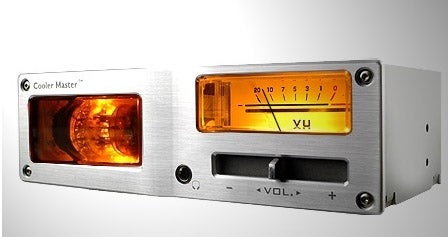 Once installed, a warm light emanates from the windows. There’s nothing more wonderful than toasting one’s hands over a gently glowing vacuum tube. For this though you’re going to have to buy a proper valve amp as the one here isn’t of the glowing type (but it does get hot so keep little people away). There’s a back light for the valve and another for the volume meter. I’m unconvinced of any practical benefit to having a meter on the front of the PC, but it’s there and it works. There’s a slider beneath the meter for volume level.


Listening to the sound reveals a definite change in the tonal quality. It shares some similarities to listening to a record player where the sound becomes less focused but more up-front. Depending on the material being played, there’s an element of saturation (as audio folks like to call it) or analogue distortion. There’s a definite drop in clarity and stereo spread, this probably isn’t helped by the cheap cables and wires connecting the device to the sound card.


I’m not convinced though that I actually care for the effect, I find the reduction in definition and emphasis in the bass (due to the distortion) distracting. As the effect is more noticeable in some types of music, I would have thought it sensible to have included a mix fader so that the effect balance could be adjusted. Given that there’s probably just as much interest in recording with valves as playing back, an input on the front panel combined with a preamp might have made it more practically useful.


At almost £40 in the UK, it’s hard to recommend this as anything other than a cool looking novelty. Your money may well be better spent on a budget turntable if it’s that analogue fix that you crave.