We’ve long maintained that there is only one thing that 99 per cent of earphones bundled with MP3 players are good for; the bin. If I had a penny for every time I saw an iPod owner still using a pair of Apple earphones I’d have… well, a big bag of pennies that’s for sure. Probably enough to hire a couple of heavies to go beat some sense into the offending parties.


To avoid looking like an ‘audiot’ – a term I’ve just invented to describe foolish audio player owners that use bundles earphones – you’ll want to spend some cash on a decent set of phones. If I had my way, everyone would go out and buy a pair of Shure E500PTHs, but at some £230, that’s probably a bit above most budgets. You could get a 16GB iPod touch for that money! 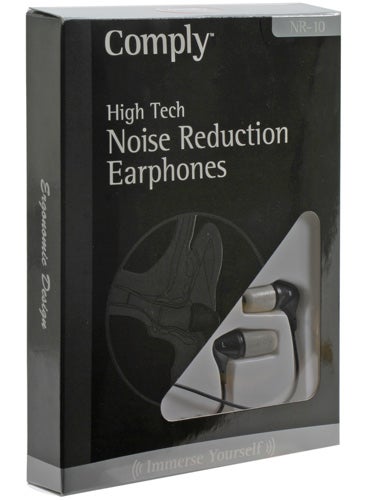 For most, the best compromise between price and audio quality is going to come from a set of single-driver earphones, such as the Sennheiser CX 95s or Shure SE210s available for around £53 and £65 respectively. If you’re a little more flush the Shure SE310s are definitely worth a punt, and sit in the £110 region. Oh yes, there’s the £70-odd Philips SHE9850s, too.


“But Hugo,” you ask, “I wish to spend £79.99 on a pair of noise isolating earphones, preferably with a decent set of foam tips because I hear those are good. Is there anything available that fits those specific criteria?” Funnily enough, there is just such an offering available and they come from a company called Comply (pronounced com-plea so far as we can gather). Called the NR-10 Noise Reduction Earphones, they will currently set you back exactly £79.99. 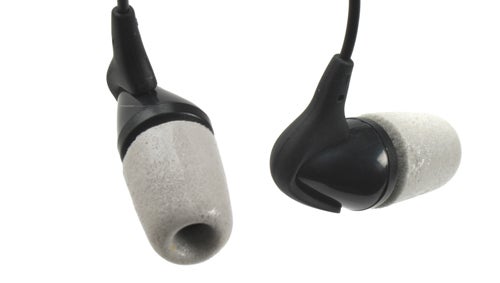 Probably the NR-10s biggest selling point is that they are, apparently, optimised to provide excellent noise reduction specifically when used with Comply’s foam tips. It’s not for nothing that Comply makes such a big deal of its tips; a fair few manufacturers have started bundling them with their own earphones, including Philips’ SHE9850s, and they’re pretty good.


The important question, then, is whether or not a bit of prowess for making earphone tips qualifies Comply to create the entire earphone package.

Design-wise there’s little to dislike about the Comply NR-10s. The build quality isn’t quite up there with the likes of Philips’ lovely metal casing on the SHE9850s and the cabling definitely feels less sturdy than the thicker type used by Shure. However, this does make the earphones extremely light plus there’s an in-line volume control about half way up the cabling.


This volume slider control slightly notches in place at max volume and in this position seems secure enough to prevent accidental adjustment if the wire is hidden under a jumper – as all the pros do. The NR-10s also come with a nice soft – although still well-padded – zip-up case in which to store the phones when not in use. Unlike Shure’s more rigid case, Comply’s can actually fit into a pocket, which makes it more likely to be used in my estimation. 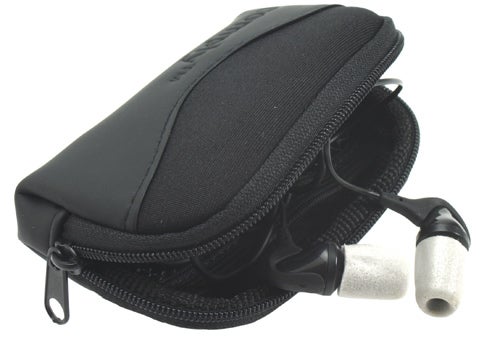 With Comply’s eminently soft foam tips and the NR-10s extreme lightness, wearing them gave me a slightly surreal feeling – almost like I wasn’t wearing earphones at all. Time after time I found myself reaching up to my ears to check that the NR-10s were still in place – which inevitably they were. The memory foam Comply uses is just so soft that you simply don’t feel it pressing on your inner ear.


The NR-10s actually have slightly different tips to those Comply usually supplies, as they extend much deeper into the ear canal. The benefit of this is two-fold; first, the increased material between eardrum and outside world improves noise isolation, and secondly, the increased surface area also helps keep the earphones seated a little better as there’s that much more grip. If you don’t like the longer tips, there’s a normal set in the packet, too, just in case.


There are a couple of downsides to Comply’s tips, though. It may sound like a small gripe, but I had to really squish the foam tips every time I inserted them and hold them in place until they fully expand otherwise the expansion process had a tendency to force the phones out of my ears. 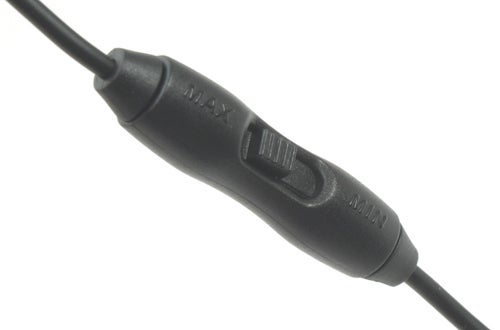 They also don’t last as long as a set of silicone alternatives or, indeed, Shure’s less soft foam offerings. Comply reckons a pair should last something like three months and even after a weeks use I can see why. Even those with the very cleanest of ears will find that wax very quickly adheres itself to the foam. Unlike silicone tips, though, this isn’t just a brief unpleasantness but rather a permanent disfiguration.


Initially the tips can be cleaned in water, but the discolouration (a dark yellowy lime-green for the morbidly fascinated) is permanent, and sooner or later the tips will give up the ghost and start to disintegrate. The set I got with the Philips SHE9850s lasted some nine weeks of regular use before dying, but as they say: your mileage may vary. A pack of five replacement tips (about enough for a year, possibly more) will set you back £20 which isn’t exactly extortionate, but having to replace them at all is frustrating.

You’re probably wondering by now whether or not all this foam tip business actually has any effect on the most important consideration of the NR-10s; whether they actually sound any good. The answer is: yes.


You see, having used Comply’s foam tips on a few other earphones I have to concede they definitely deliver on their promises. Noise reduction is definitely a strong suite of the NR-10s – it’s no surprise that the US Army and NASCAR number among Comply’s user base. However, I personally still prefer Shure’s style of foam tips for day-to-day use. Actually, I’ll go further than that. I’d prefer to have a set of Shure earphones, too. 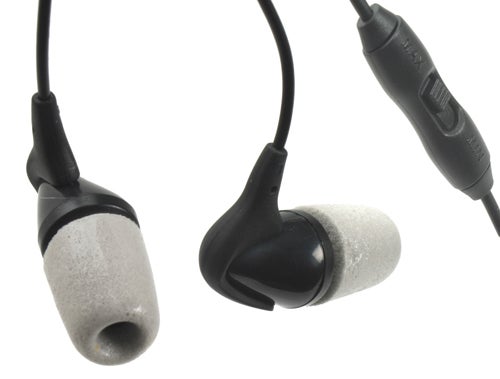 Indeed, given that a pair of Shure SE210s fall at around the same price, in comparison the NR-10s deliver not only a very bass-heavy sound but one that also comes at the cost of high end response. In contrast, the Shure SE210s effortlessly provide both a clear accomplished sound but also one that spans the entire frequency range, offering clear highs and deep, booming lows.


That’s not to say the NR-10s don’t offer good audio, they just need to be of a certain type. Listening to Paramore’s ”My Heart” is a good example as the reproduction of the lovely Haley Williams’ vocals is as good as can be asked from a single driver, but you could almost be forgiven for thinking the band couldn’t afford cymbals as the songs more subtle audio nuances become lost in the mix.


Moving on to a smattering of Marylin Manson, the results were slightly better, but that’s to be expected of the band’s tendencies towards slightly heavier (and darker) music. ”Rock is Dead” came across very well via the NR-10s, although again the SE210s produced a clearer, cleaner sound. The more guitar and bass-heavy ”Dissociative” arguably swung things in the NR-10s favour, thanks to their bias towards low-end power. 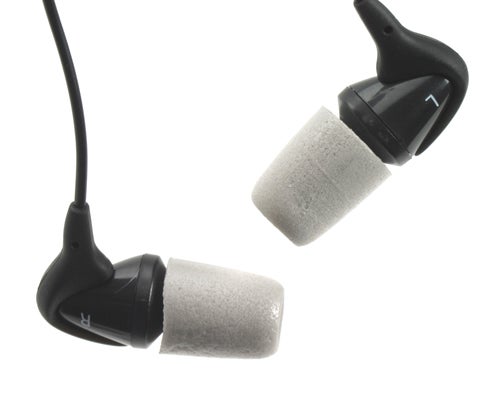 Another niggle, though not enough to be a deal breaker, is that the NR-10s aren’t particularly loud. On an iPod I was listening at max volume near-enough all the time, and even on a more powerful Creative Zen X-Fi I was close to the limit, too. That I was able to listen to the Deftones with everything turned up to 11 without my brain bleeding out through my ears, should be all the explanation needed.


Overall there’s nothing particularly wrong with the Comply NR-10s in and of themselves. Were there no such earphones as the Shure SE210s or the Philips SHE9850s then the NR-10s would be a pretty decent offering. Sadly, though the competition has been in the game longer than Comply and it shows.


Drum ‘n’ bass aficionados might find that the NR-10 Noise Reduction Earphones fit the bill well, but if you value clarity and breadth of soundstage over straight-up bass power, Shure’s SE210s or Philips’ SHE9850s are better options at similar or lower prices.