What is the Cobra King K7 driver?

The King Cobra K7 may look like an ordinary driver but it is in fact one of a new breed of smart clubs that aim to automate distance tracking.

Up until now, golfers wanting to accurately measure the distance of their shots  have had to buy bespoke accessories such as the Garmin Golf Watch or Arccos Sensor. However, with the K7, all you need to do is sync up your smartphone with the club, select the course and tee off. Is this the future of golf?

The King Cobra K7 lived up to the high standards I expected from one of the biggest brand names in golf. Design-wise, the driver looked great with its glossy black finish on the front complemented by a splash of orange on the rear. The word ‘Cobra’ was conveniently placed on the front to help line up the ball with the giant sweet spot at address. 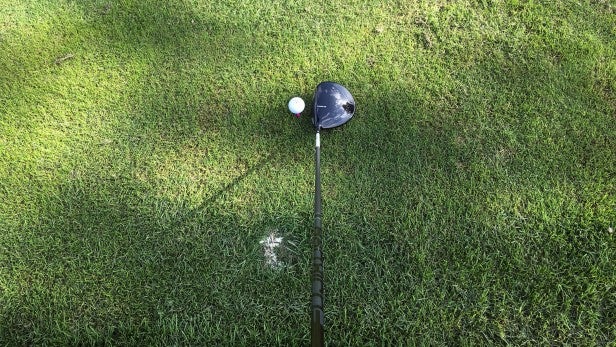 With a 63g regular shaft, the K7 had great overall weight balance and it also offered all the adjustability I expected from the latest drivers on the market.

Out-of-the-box the club was set to a loft of 10.5 degrees. As an 18-handicapper, I found no need to adjust this and most mid-to-high handicappers probably won’t need to fiddle with this either.

However, I did experiment with the three different centre of gravity settings. I tried the heaviest 12g weight in each of the different positions — front, back and on the heel. My personal preference was having the 12g weight in the back position, as this helped me to increase trajectory and achieve a nice right-to-left (draw) ball flight.

One of the main selling points of the Cobra K7 was the ability to track ball flight, the technology for which was integrated into the grip.

I had some initial concerns about the durability of the sensor, though. As anyone who plays golf knows, clubs are bashed about regularly, especially when they are put into a bag. However, Cobra confirmed that the sensor is submerged deep enough into the grip to withstand rough usage. The only thing that is exposed to the elements is the light sensor. 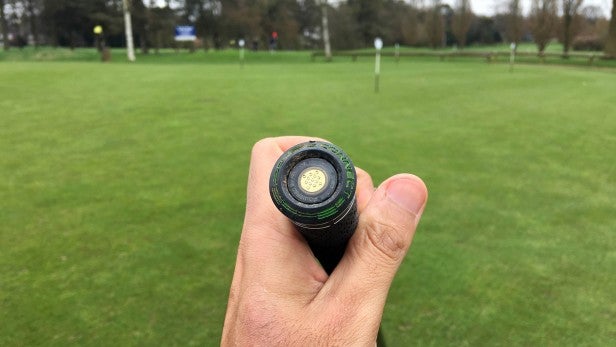 Having tested a range of golf sensors and accessories, I can confidently say that this was by far the easiest product I have set up to date. All I had to do was download the Arccos Driver app and switch on Bluetooth on my smartphone.

The Arccos app is available on Android and iOS, and I used it on my iPhone 6S Plus during testing. Setting up consisted of three steps; creating an account, syncing the driver and downloading relevant course information. In total, this process took between 5 – 10 minutes.

After the download I was presented with two options — sync an Arccos accessory or the King Cobra K7 driver. I chose the latter and the devices paired up in seconds. Unlike some other products on the market, this sync only had to be performed once. Every subsequent time I opened the app, it automatically detected the driver and was ready to go.

After syncing the device, I was sent an email confirming that this was completed and given links to useful tutorial videos. The app asked for permission to access microphone and location data, which it needed to work.

The first question I was consistently asked when telling friends that the K7 driver was able to track ball distance was: “How does that work?” Almost everyone seemed made an assumption that I was using a ball with a sensor embedded into it, which made the K7 sound all the more impressive when I explained how it worked.

When I hit my second shot, the microphone again detected that the ball had moved and then automatically calculated the distance I hit from the tee and displayed it in graphical format.

The app is broken down into four main sections. There’s ‘Cobra’, which provides a variety of tutorials; ‘Player’, which gives an overview of your handicap; ‘Rounds’ where you deep dive into individual rounds; and finally, ‘Start Round’ that lets you begin a new round. It’s all smartly laid out.

Before each round the app reminded me to keep the phone in my front pocket so that the Bluetooth connection was in range to register shots. One of the best things about having the app rely on sound as well as motion was the fact that it meant practice swings were never registered as a hit.

This was a problem I had previously had with watch-based golf sensors that relied solely on accelerometers. After hitting a drive I found myself having a quick glance at my phone to check it had been registered. If you find it hasn’t picked up the drive you can add it manually, although in multiple rounds of golf, I never needed to make any manual interventions and the microphone method worked a treat. 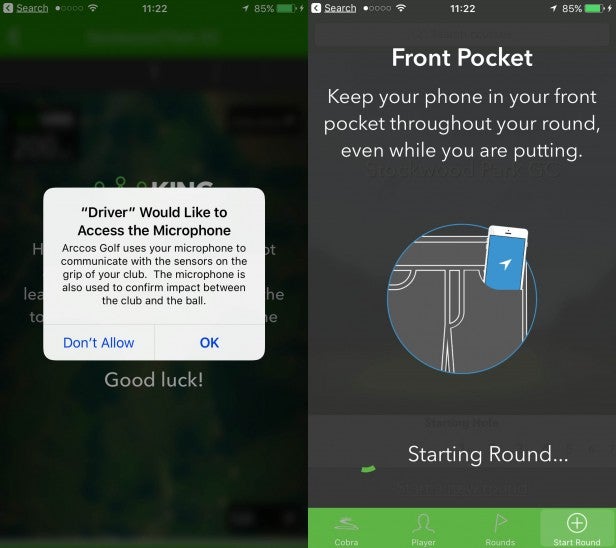 What I loved about the app was that it truly made use of the GPS embedded into the club. As I started walking to the ball, it automatically switched mode and began counting down the distances left to the front, back and centre of the green. So by the time I reached my ball, I knew exactly how far I had left to the pin.

The only issue I did find was that I was looking at my phone so much I decided to just switch off the lock screen. This made it easier especially in the colder months when I was wearing gloves on both hands as typing in a pin or using Touch ID was becoming inconvenient.

After every round, the app instantly crunched the numbers and recalculated key stats such as average distance (223 yards), longest drive (276 yards), position on the fairway (44% in the centre). Of course, this was all done in an easy to digest graphical format. 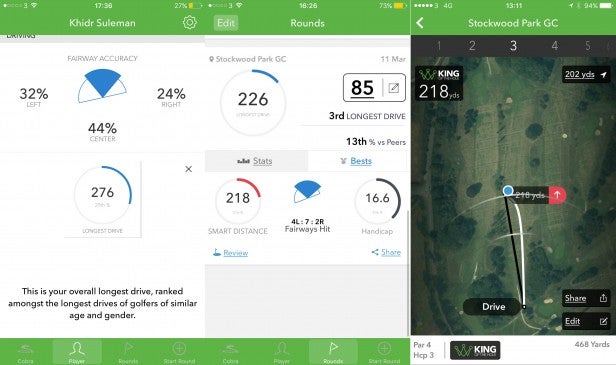 On my smartphone, the app typically ate up 50 per cent of the battery per round, so I made sure that I had a full charge before heading out on the course or brought a portable power bank. You’ll struggle to do 36 holes back-to-back without topping up the juice.

The sensor itself was powered by a light sensor so only switched on when club was exposed to light out of the bag. American Golf confirmed that the battery will provide “at least two years in play” and the entire sensor and battery assembly will be replaced free of charge when it runs out.

Should I buy the Cobra King K7? 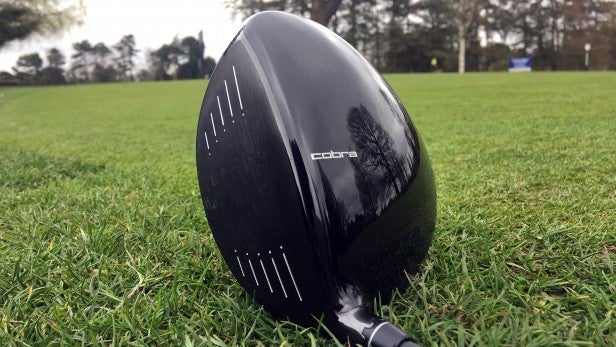 Would I spend £279 on this driver? It’s an emphatic ‘yes’. During multiple rounds of golf, the King Cobra K7 lived up to the hype, helping me to hit longer, consistent drives and tracking them flawlessly.

The oversized face, stylish design, build quality and customisation make the King Cobra K7 one of the best drivers on the market even before you consider the distance tracking abilities. If you’re in the market for a new driver, you definitely need to put this on your shortlist to try out – the light blue colour option would be my pick of the bunch.

The only thing that could make this better would be the ability to measure other key metrics such as swing speed and swing plane. These will no doubt be introduced in future version of the series.

The Cobra King K7 makes distance tracking as seamless as possible, helping you to hit longer and more consistent drives. A must for your golf bag.