What is the Cobb Supreme?

The Cobb Supreme is a fuel-efficient charcoal grill that has a non-stick grill pan and moat for infusing your food with moisture and flavours.

It’s a larger version of the award-winning Cobb Premier. But we were less impressed with the Supreme. The cooking results were good, and the cooking capacity is colossal, but the design has one big annoyance: the grill pan is so concave that food rolls away to the side. For the price you’d be better off with two Premiers! 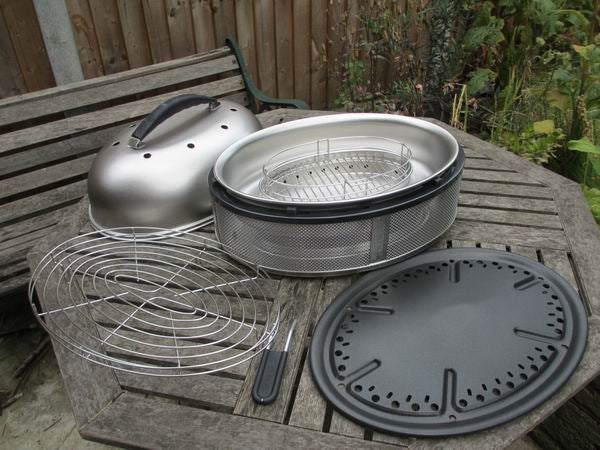 In the middle of the Cobb Supreme is an oval basket for the charcoal: you need 12-20 briquettes. Around the basket is plenty of space, so air can get pulled through the coals. And below the space, a moat – more on that later.

On top is an oval non-stick grill tray that’s very convex. It’s designed to be curved so that fat runs to the outer edges and drips through holes into the moat and not onto the coals (preventing flare-ups). 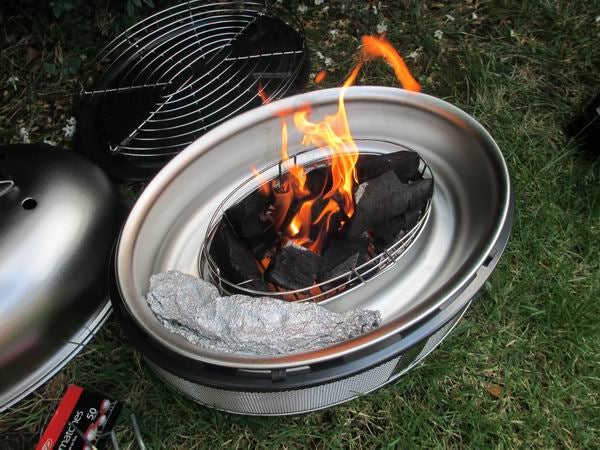 The moat is also designed to hold cooking liquids too – wine, beer, water, stock – that bubbles and infuses food with moisture and flavours. You can even poach veggies, sausages and more in the moat because the Cobb has a large dome lid to hold in heat and moisture.

The model we tested came with a lifting handle for picking up the grill tray and also a carry bag but frustratingly no recipe book (the Cobb Premier at half the price came with one). It also came with a roast rack that can sit on top of the grill tray. 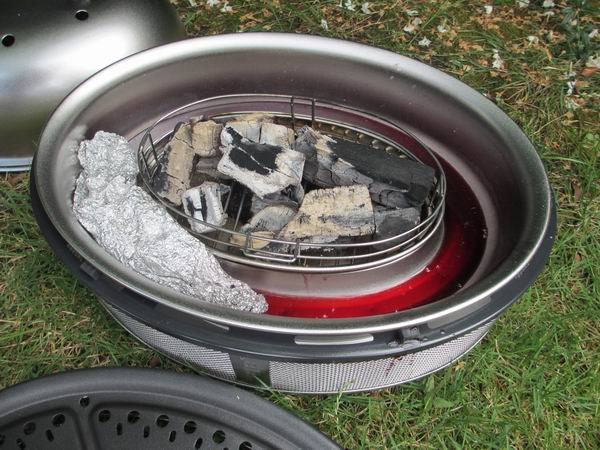 Setup was fine, much like the Cobb Premier. So you first place a firelighter underneath the charcoal basket, then fill the basket, then light and leave it to get started. After 20 minutes or so it was ready to cook.

The cooking was very good. Not too fast but evenly cooked and delicious. Corn and halloumi were both tasty and moist, perhaps because of the red wine in the moat. Burgers and sausages were equally evenly cooked, but lacked that charred edge that – if not overdone – gives food that barbecue flavour. 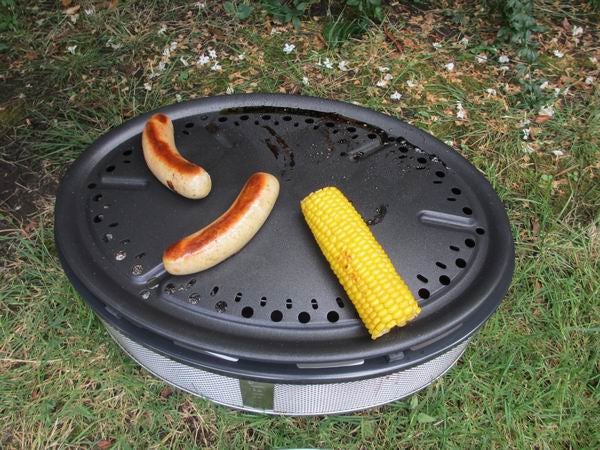 The only problem was keeping the food on the barbecue. Anything even vaguely cylindrical, like the corn and sausages, rolled outwards on the grill tray’s curved surface and sometimes even landed on the grass. Even burgers started slipping sideways on their own grease.

Cleaning up was fine. The grill tray is non-stick and was easy to clean. The red wine we used in the moat dried on, so it required a good soak before scrubbing off.

Once done with, the Cobb Supreme packs away into its carry bag. It’s not too heavy as barbecues go, but it is large. Should I buy the Cobb Supreme?

Probably not. We found its overly curved grill tray too annoying. Any food that could roll off did, sometimes onto the grass. Even non-rolly food could be seen to slide towards the sides of the tray. For this money we’d rather get two Cobb Premiers. Alternatively, for a high-end foodie barbecue, consider the Big Green Egg MiniMax. And if you simply want a good, techie barbecue consider the fan-assisted Lotus Grill.

A huge, fuel-efficient charcoal stove that we wanted to love… but the food kept sliding off.