What is the Cloud Nine The Airshot?

Cloud Nine The Airshot is the company’s only hairdryer, and complements its larger range of well-regarded straighteners and curling wands.

The brand has respectable roots. Its founder is one of the original founders of GHD and Cloud Nine aims itself at a similar market, as a more premium brand for those willing to spend a little bit more. 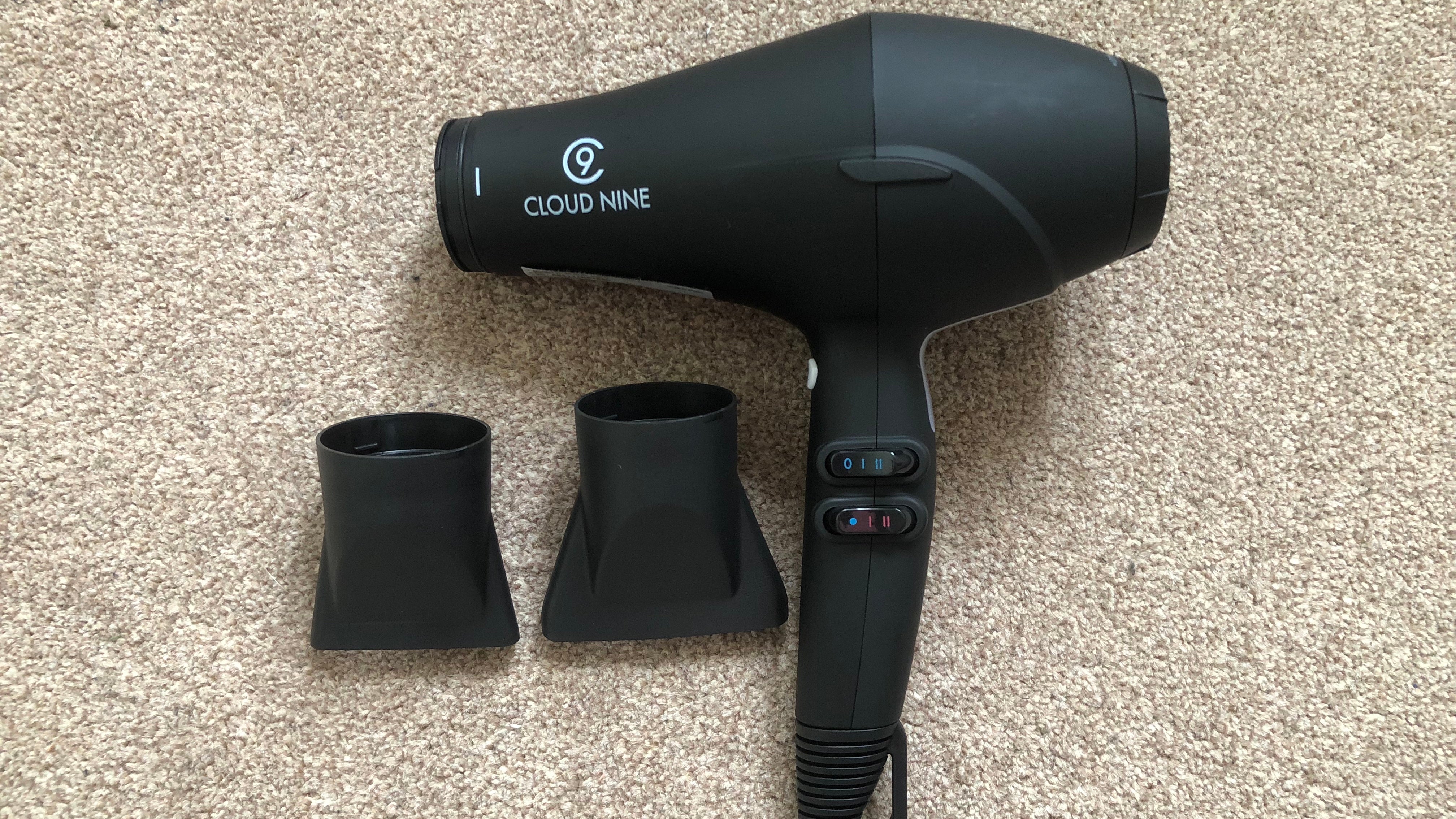 The Airshot keeps things pretty simple with its design, but looks elegant, with a smooth, matte black feel and is relatively compact too – even when you add on one of the included nozzles. It comes with a choice of 60mm and 75mm options to suit different hair types and styles – a diffuser is available separately (£15).

It’s very well put together, and feels extremely sturdy, though is a little on the heavy side at 625g. It’s not the best balanced in the hand either – the main body of the dryer seems to hold much of the heft, leaving it feeling a little unbalanced when you’re holding it.

All of this combined means it can be tiring to hold for longer periods, though the handle is comfortable and controls are well placed, for right-handed use at least, falling where your thumb does for ease of access. If you’re a left-handed user, you might find them a bit more awkward. There are two see-saw switches for heat and speed here, with three heat settings and two for speed. There’s also an LED on the back that will light up when the hairdryer is running to tell you which heat setting you’re on, though it’s not the kind of thing you’d see often, unless you grab a look in the mirror or are drying someone else’s hair.

On the inside of the handle, you’ll also find a reasonably small, shallow button for activating the cool shot. This works well as it doesn’t require a lot of effort to hold it down for as long as you need it.

The cable is thick and durable, and measures in at 2.7m meaning it should give you enough leeway, even if your plug is situated a little further away from your dressing table.

Attaching the included nozzles is really simple, with guide marks on the hairdryer and nozzles themselves, which you match up to slide them on.

They are easy to glide on or off, though if we’re being really picky, the threading for them is unusually placed on the outside main body – whereas most hairdryers hide it away on the inside instead. This means it looks a little ugly if you have no nozzle attached. 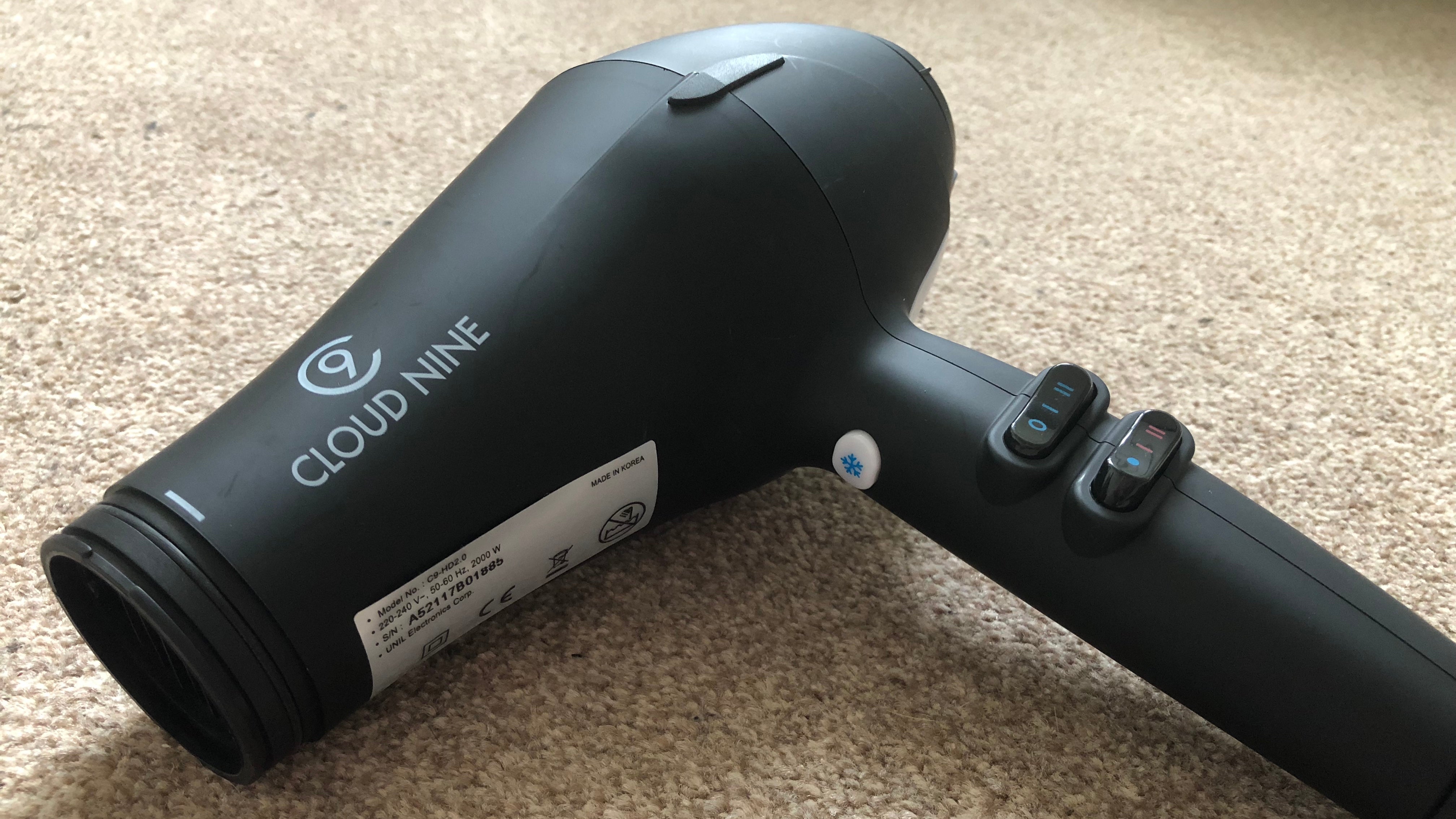 I measured The Airshot’s highest airspeed at around 21m/s on its highest, hottest setting. This managed to dry my test cloth in 1 minute 40 seconds, which is one of the fastest I recorded – in real use, I didn’t find the hottest mode too hot on the scalp, as with some other models.

The cool shot button is particularly effective here too. It drops the temperature quickly – even from the very hottest – and goes very cool indeed, doing a great job for cooling the hair quickly to hold style and body.

It’s also reasonably quiet and I measured 101dB at its highest setting. The Airshot sounds much quieter thanks to it being lower pitched, making it less grating on your ears.

In use, I found that The Airshot dried hair quickly, which given its slightly heavier weight, is a good thing. I also liked the two nozzles: they directed airflow well and having the option of different sizes gives you customisable control for different hairstyles.

It really helps to keep frizz at bay too, and I also noted I had fewer flyaways, thanks to The Airshot’s anti-static technology. 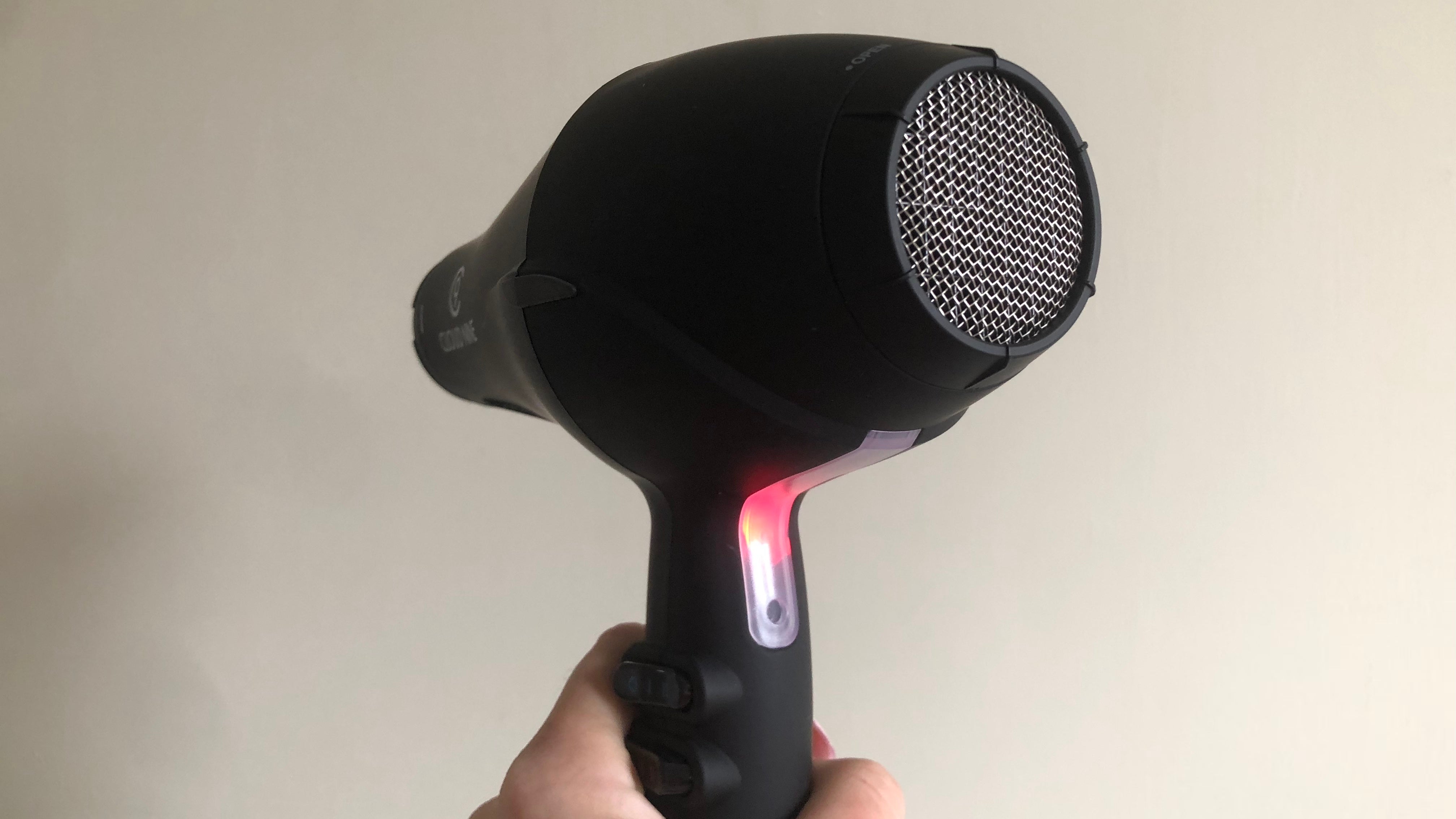 Should I buy the Cloud Nine The Airshot?

There’s no doubt that Cloud Nine’s The Airshot sits at the pricier end of the hairdryer spectrum, but if you have thick hair, you might find it worthy of investment due to the fast drying and minimising of frizz.

Those with thinner hair will benefit from fewer flyaways compared with cheaper models, but might not see a huge difference in drying time.

That said, the overall experience here is great for all hair types, from design to operation – it’s just a shame it’s a little heavy.

A premium hairdryer with a well thought-out design and great performance – if only it wasn’t quite so heavy.