There are many earphones like the ClarityOne earbuds out there. They look good, have the talk to suggest they’ll sound great, but – coming from Puresound Technologies – don’t have the big reliable brand name to give you confidence that they’ll supply the goods. We’ve gone ears-on with these buds to see if ClarityOne deserves a spot on the trusted list.

The ClarityOne Earbuds are IEM-style earphones, using rubber tips to isolate you from the noises of the outside world. Design-wise, they at first seem very traditional, with a bullet-like design. 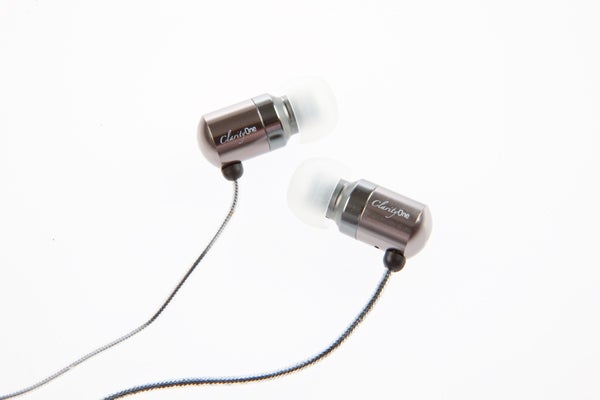 However, the bodies are a little on the large side and are plated with shiny aluminium, for a glossy look and strong feel. The metal doesn’t add a great deal of weight, but they are a little tricky to fit. Sticking out of your ears more than most and using tips that sit by the entrance to your ear canal rather than diving right into it, they are prone to falling out occasionally – and need to be fiddled with in order to get a good fit.

Three sets of translucent rubber tips are included, in the standard small, medium and large sizes. A little zip case is included too, with a Carabiner for extra gripping power.

To go hand-in-hand with the metallic finish of the buds, the cable has a clear coating, letting you see the metal core of the cable inside. It looks fancy enough, but it feels a little cheap next to something like the Phonak PFE 012. Using a plastic rather than rubbery finish is meant to cut down on tangles, but it doesn’t always lead to a robust-feeling cable. 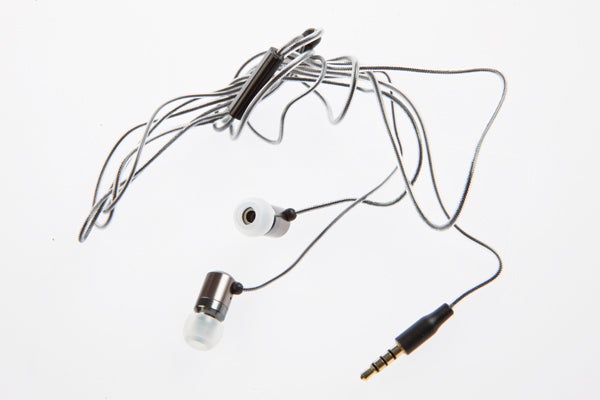 To worsen these concerns, the cable shielding started coming away from a join junction down its length during testing – without any bad treatment involved. This cable is non-removable, so if the cable fails you’ll either have to have a go at a repair job – which is not easy at this size – or buy a new pair of earphones. 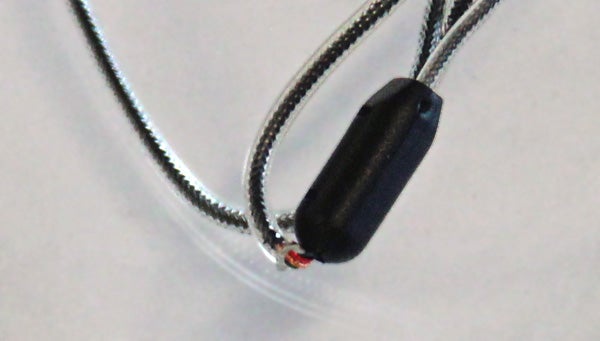 Someone call a doctor…

As build quality is otherwise quite good, we hope this will be an isolated incident, but these earphones do seem less robust than something like the Shure SE215 – with its chunky, removable cable. Noise isolation is also unremarkable. It’s enough to make using them on public transport manageable, but they do struggle with the London Tube at its worst. This is in part due to the less invasive fit.

Around 15cm down from the left earbud is a very simple handsfree housing. There are no visible buttons – rather the whole thing is a single button that takes calls and acts as a play/pause button for iPhones when playing music.

But how do they sound?

So far, the ClarityOne Earbuds’ performance seems a bit patchy. Comfort and build quality that are not up there with the best don’t do these earphones any favours. However, they do have something that, at the least, sounds unique. They use what ClarityOne calls a PureSound Processor, described as a circuit that provides “pure, clean, undistorted sound.” It may sound good, but does it actually produce good sound?

The ClarityOne Earbuds use 7.5mm neodymium drivers, just the one in each bud, of 8ohm impedance, which is lower than most earphones. Low impedance and high sensitivity of 110db means a simple MP3 player is more than capable of driving these earphones to high volume levels. A headphone amp is certainly not required. 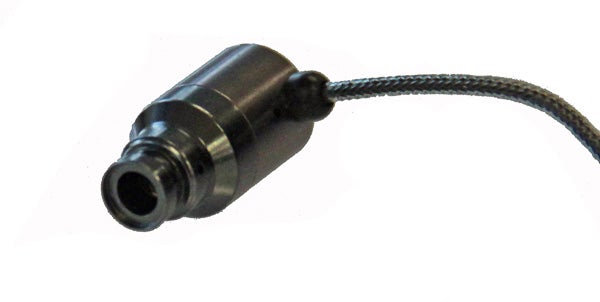 What’s bigger news is the patented PureSound processor. You can’t see it, but we’re going to assume there’s at least something going on behind that aluminium armour. But does it supply the “brighter mids & highs, clean deep bass” that ClarityOne claims?

Yes and no. Bass performance is great, with plenty of punch and volume that’s commendably well-handled. There’s wallop, but none of the muddiness that you’ll often hear in bassy earphones.

The promised brightness is there too, without producing too much of a scooped “v-shaped” sound. However, we’ll go as far as to say we don’t like the top-end. 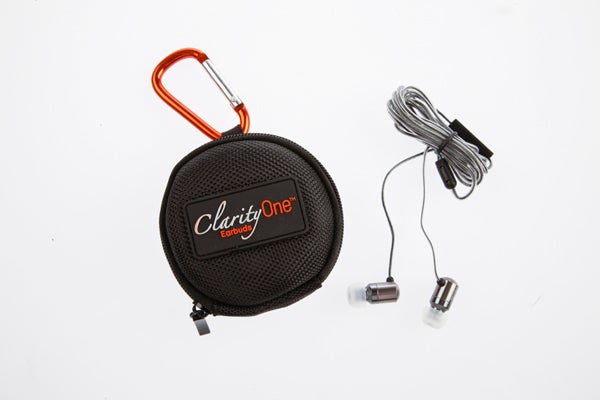 It’s fizzy, harsh and not particularly natural-sounding. There’s more to “clarity” than just cranking up the treble response. “Ess” sounds often become uncomfortably sibilant, spoiling what is otherwise a dynamic, fun sound. At this price, such a serious slip-up is hard to forgive.

If you’re after the clarity the ClarityOne name might suggest, you’re much better off with the Ultimate Ears 700 earphones. They offer much less problematic treble performance, a dual-driver design and better comfort.

Verdict
£100 can buy you a lot of headphone, and the £100-odd ClarityOne Earbuds don’t come with the sound quality and design to match the best out there. An aluminium coating is nice, as is the great bass performance. But comfort issues and fizzy, harsh treble mean they fall short of expectations.