“Max, I need you to take a look at Rising Tide – the next DLC for Civilization: Beyond Earth.” I shuddered. I have a history with the Civilization games, a long and painful history, and being asked to go back is like being asked to revisit an old girlfriend. My glasses are firmly tinted with a rose hue until I double click on the icon and am quickly reminded, a few hours later, of all the things that went wrong for us last time. The late nights, the failed attempts at culture domination and the last minute losses to a space race victory. Maybe the ex-girlfriend metaphor doesn’t extend that far…

Regardless, I knew going back was going to be an issue, especially give just how much I disliked Beyond Earth’s original release and, judging by the panning the game got from hardcore and experience Civilization fans, it seemed I wasn’t alone. Technical issues were abound at launch, while experienced players decried the lack of soul, the needless homogenisation of factions and leaders (while stripping down their AI to boot) and a tacked on quest system to try and compete with Amplitude’s wonderful Endless Legend.

This expansion, we were told, would correct mistakes and make up for the horrendous issues that people experienced with the game. The question I’ve been tasked with answering is; did it succeed? 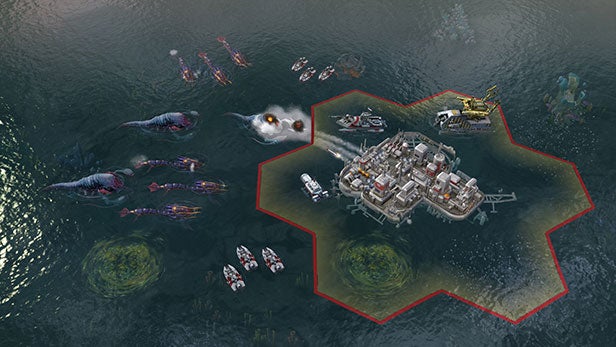 As I sit here, with hours sunk into the game, I wish I could give you a simple answer. I would especially have loved to say “Yes!” but, as with my relationship with the franchise, it’s not quite that simple.

There are still technical issues here. In fact my first three hours with the game were an exercise in getting the game start. Google searches demonstrated that I wasn’t alone so, as with any PC review, a caveat has to be attached to any kind of recommendation I can give; you may well have technical issues but, thanks to Steam’s refund system, it’s less of an issue than it used to be.

Once you dive into your first game some of the game’s strongest, and weakest, elements become instantly apparent. Much of the criticism levelled at Beyond Earth was that it felt like a reskinned version of Civilization 5 or, at best, a total conversion mod. Rising Tide, even within the opening hour or so, feels much more confident, much more like its own game. The aliens, those things that were just green insects in the base game, finally have character and variety and, along with some cool new tech opportunities, are finally demonstrating a little life and refreshing the formula.

Having said that, though, the inclusion of aliens still feels lazy. The barbarians in the original Civilization games were a roaming annoyance; constantly aggressive and in need of destruction. Doing so would grant you bonuses and freedom of space. In Beyond Earth, and still in Rising Tide, the aliens are merely a reskin. This expansion offered Firaxis the opportunity to make the interactions with the various species a profound one. Instead they’re merely there; an obstacle, a thing that’s preventing a casual passage through the turns. 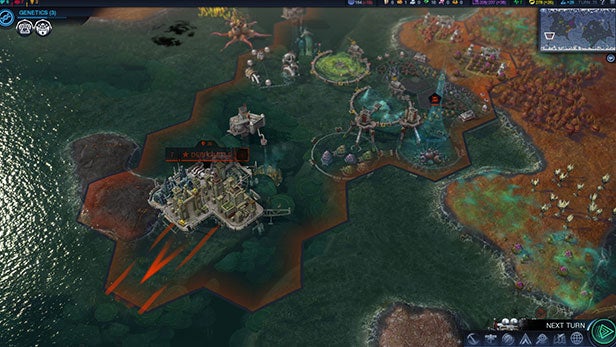 It’s a shame in many ways because there are additions to the formula here that make the game feel unique compared to its predecessors. The complete revamp of the oceans being one of the most important. Far from being the blue coloured hex on a map that simply limits your movement around the world, now the oceans are an integral part of the Civilization: Beyond Earth experience. There are aliens in the ocean, cities can be built and captured. It is though, as with most of the additions that Rising Tide makes, one that carries its own set of problems.

Oceans are notoriously boring in Civilization games, to the point where players simply ignored them; they were simply bodies that needed to be crossed to reach other areas. That is engrained in Civilization players – certainly in my mindset – but when I ignored the oceans here I was routinely punished. In fact, even when I did build a city in the big blue, I’d find myself skipping over it as I conducted the million and one activities on my turn, only to find it ransacked later because I forgot to build any kind of military on it.

It’s not so much a criticism though; in fact you could argue that its inclusion is another example of Beyond Earth being pushed away from Civilization 5, for better or worse.

If you’ve played a little bit of Rising Tide and are checking for some kind of critical consensus then you’ll be eagerly awaiting my thoughts on the new Diplomacy system. When I was playing through this expansion I had a horrendous time with the changes to this system, to the point where even I jumped online to make sure I wasn’t missing something. It turns out I wasn’t.

In the previous Civilization games the diplomacy system was crucial; if you were getting attacked, and decimated, you could bargain everything you had for aid. If someone had a technology you wanted you could throw cash at them until it was yours. If someone was desperate for peace you could drive a hard line until you bankrupted them in the process. There was depth and intrigue, both of which have been stripped out in this new system. 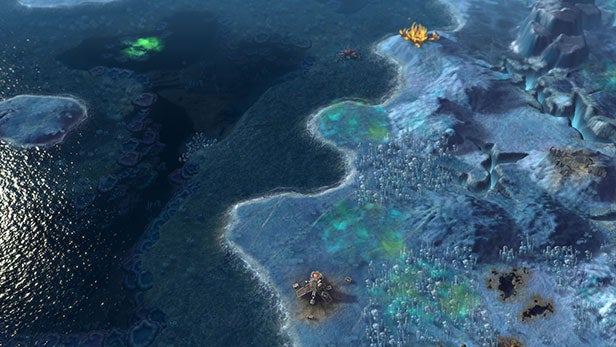 Instead you have points. Diplomacy points. These can be exchanged, or offered, to other Civ players and in return you’ll get various things; from a bonus to culture or other bits and pieces. Those Civs can also offer these points to you and, by accumulating a large amount, you can unlock bonuses for the entire of your nation. It’s arbitrary though and adds just another number that needs to be managed and helps to differentiate Beyond Earth from its predecessors. But in doing so adds more issues.

You can’t choose the amount of points you offer to other leaders; instead the game decides that a culture bonus might cost 150 points. You offer and you’re refused. The natural logic would suggest offering, say, 300 points but the game’s internal logic doesn’t allow that option. It takes any kind of negotiation out of negotiating and means that my final thoughts on Civilization: Beyond Earth Rising Tide remain altogether mixed. 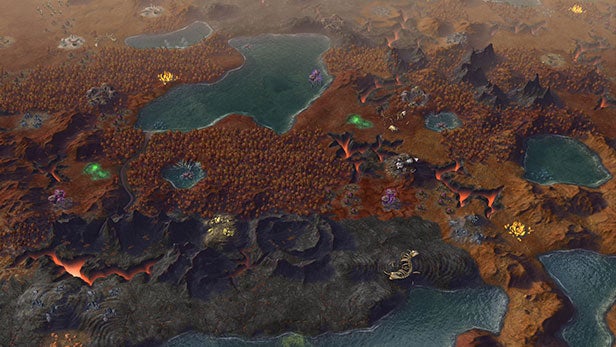 This is an expansion that has one sole aim: to make your purchase of Civilization: Beyond Earth justified. To placate those people who, like me, claimed that it was just a lazy, reskinned version of a classic game.

Did it succeed? I suppose in many ways it did. Many of the decisions made mean that Rising Tide moves Beyond Earth away from the classic formula; but many of those decisions feel like they were made simply for that purpose – rather than being an intelligently designed system to advance the series.

Verdict
Given the cost of this expansion I find it hard to recommend. £24.99 is simply too much to ask for the changes and I can’t, in any good faith, recommend that. The highest praise I can offer Rising Tide is that it’s finally moving Beyond Earth in the right direction. The inevitable Game of the Year Edition (maybe after more patches and another expansion) will no doubt bring many people back; but until then I’d wait for a price drop.