“Two roads diverged in a wood and I took the one less traveled,” wrote the American poet Robert Frost, who apparently has never played a game of Cities: Skylines in his life – because if he had, he’d know all about optimising infrastructure. The untaken road isn’t a symbol for existential choice. It’s poor urban planning.

Beneath all the neighbourhood policies and economic fiddling, Cities: Skylines is a game about roads. Whether or not you like the game will largely depend on your feelings towards tarmac.

Anyone that’s been near a SimCity title will be aware of the basic setup. You create a urban sprawl from scratch, starting with a bare-bones hamlet and then building outwards, zoning areas for houses and offices, weaving in energy and water supply, slowly adding more facilities and public spaces and transport until you’ve got a bustling metropolis.

With a new tutorial for the Switch version, Cities: Skylines does an adequate job of starting you on the basics, then drip-feeding more buildings, services and policies as your city grows. Before you know it, you’ll be juggling district policies for bike lanes and central heating. 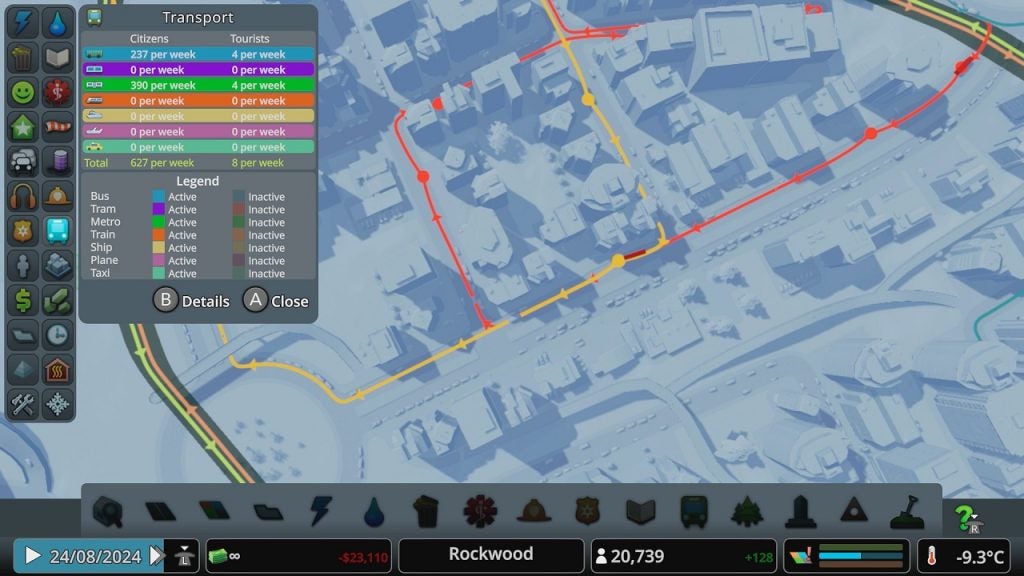 The way this is handled leans more towards a straight city simulator than some of SimCity’s more outlandish aspects. Don’t expect to fend of UFO attacks or a rampaging Godzilla. You’re more likely to wrestle with a regular supply of green energy than little green men, and even earthquakes are off the table seeing as the Switch version doesn’t bundle in the Natural Disasters downloadable content.

Instead, the port comes with After Dark and Snowfall – which bring night-time leisure activities and wintry conditions to the base game respectively.

It might be relatively po-faced, but Cities: Skylines hones its own kind of drama from the minutiae of managing noise pollution, essential services and, yes, roads. From the start of the game to the tweaking of its later stages, worrying about infrastructure is a reliable constant.

You’ll spend a lot of time searching for superfluous paths, or scanning for bottlenecks that might be slowing citizens down. There’s something satisfying in sketching out routes and watching houses or factories be built around them, and after a few hours you’ll find that drawing a curved road instead of a grid can deliver its own kind of anarchic thrill.

The Switch version brings a layer of portability into the mix, and there’s an undeniable charm in being able to tweak neighbourhood plumbing during your lunch break, or optimising traffic flow during your commute. The openness of the game lends it to short bursts of play, quickly dipping in to check up on electricity supply or building a new cul-de-sac in your wealthy neighbourhood.

At first, working out how to swap from one menu or city view to another can feel overwhelming, but the Xbox One and PS4 console version is a strong basis for squeezing a PC game’s controls into a Switch screen. It isn’t ideal, though, and can be fiddly when navigating your metropolis. 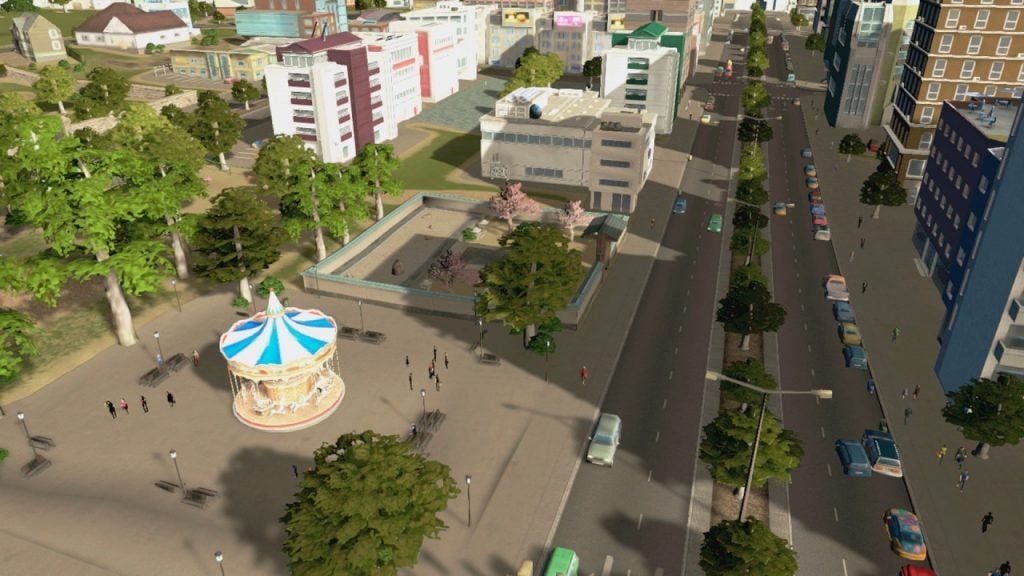 The graphics have been noticeably downgraded from other versions of the game, to get it working on Nintendo’s less powerful console. Even this hasn’t squashed slowdown issues. Sweeping across smaller settlements is effortless, but as cities become big and complex, the frame rate occasionally dips. It never became a game-breaking issue for me, although it’s more noticeable when the game auto-saves, or when zooming close to street level in particularly dense areas.

That’s unlikely to be how you’ll play the game moment-to-moment, but choppy street scenes do make it hard to pretend to be a deity-cum-local-council-representative. After all, what’s the point of having a god’s-eye view on your thousands of denizens, if you can’t gawk at industrial fires or people going to work?

To be fair to Colossal Order, performance isn’t a problem for the vast majority of the game – and, hopefully, a patch will smooth things out for particularly crowded cities. Less likely to be fixed is the lack of mod support. This is a shame, as on PC mods inject a bit of character and personality to the game’s sometimes clinical version of what a city should be. It might be less flexible than its PC counterpart, but the Switch version still packs a lot of value – with a range of geographies and climates to test your planning skills. 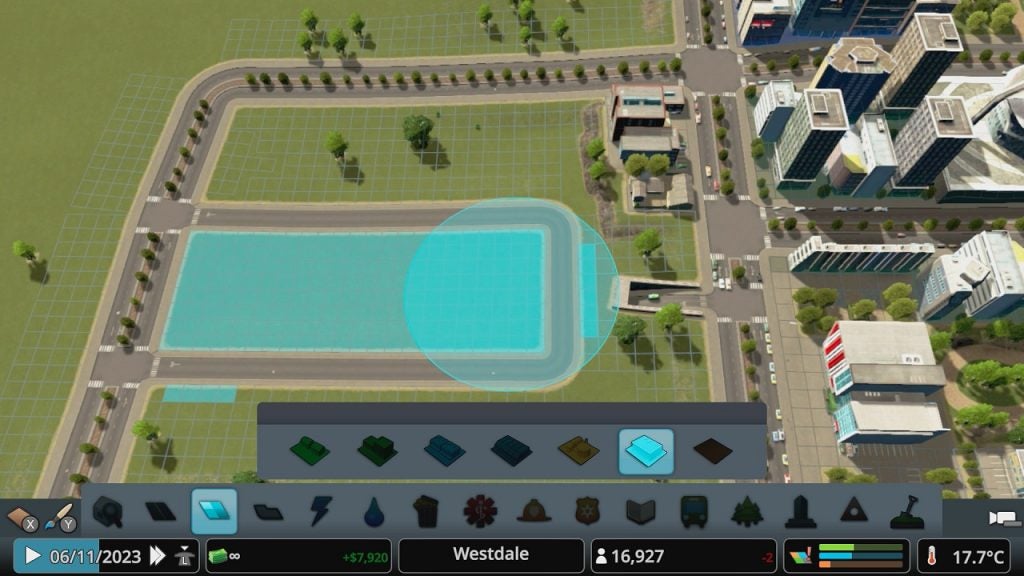 The sense of satisfaction Cities: Skylines delivers, from gradually layering a city until it becomes a behemoth of urban design, finds a good home on Nintendo’s portable. The speed of activating the Switch works well for brief forays into neighbourhood management and policy adjustments.

It’s only a pity that performance issues betray the difficulty of squeezing a complex PC game into a handheld console, and that the game itself can sometimes feel a tad humourless – despite the best efforts of the in-game version of Twitter to add some levity.

There’s a lot to enjoy, however. The game is at its best when you’re scrambling to patch up mistakes, working out how to bring down your crime rate while dealing with sewage polluting your neighbourhoods – all the while coping with blackouts and no money to buy a new wind turbine.

These moments of frantic redesign make you appreciate the pleasure of quiet moments, when you watch your city hum like a well-run machine. Enjoy it while it lasts. There are always more roads that need laying.