Ever wanted to feel like you’re running around in circles, doing the exact same thing over and over, constantly blundering into trouble, making a fool of yourself and ending up right back where you started as a result? Have you considered applying for a job in Boris Johnson’s press office?

If keeping hold of one of the many Prime Ministers-in-waiting as he inevitably puts his foot in his mouth on a daily basis doesn’t appeal, then there’s always Circa Infinity – a title that, incidentally, sounds like a rejected four part Doctor Who episode from the early 1980s featuring Peter Davison running across Amsterdam with Rice Krispies glued to his face. Wait, didn’t they make that one in the end?

Circa Infinity’s goals are much more simple than either those of Boris Johnson’s press office or the 1980s Doctor Who production team (a sentence I never imagined I’d legitimately end up saying), with the idea being to jump between circles spinning around each other. Controlling a chap who resembles the stick man’s long lost brother, your only input comes via virtual controls that enable you to run left and right and jump. Initially you run around the edge of the first circle, with a small, trivial pursuit style slice handing you a way in when you jump. When inside the circle the controls remain the same, with your immediate goal being to jump into yet another circle rotating around in the middle when in range. 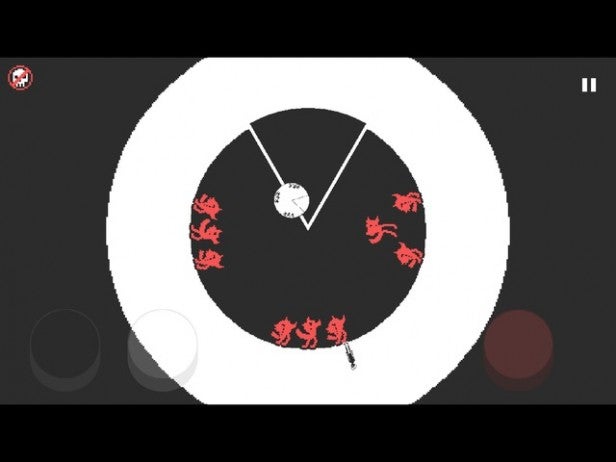 This is a pattern that repeats itself throughout all of Circa Infinity’s stages, jumping from the outside of a circle to its innards before then leaping into the next circle, bouncing around in the middle. Of course, there are hazards aplenty in your way designed to make each leap one that could result in your (albeit temporary) death. Patrolling said circles are a band of what look like partially pixellated lions, latterly joined by some similarly ominous looking birds. Though said lions initially stand like statues and are especially easy to avoid, they soon start moving, running around the edge of the circle or even jumping between them.

Combined with the birds, this makes navigating between Circa Infinity’s circles something of a precise art. Though there’s no bonus on offer for completing each run in a quick time, this is a game designed to be played by instinct, darting between each sphere to be done at pace rather than with patience. Luckily, should you come unstuck and find yourself running into your foe, the game only casts you back to the outside edge of the circle you died in, meaning there’s no great fear to taking a risk and potentially jumping into the oblivion in order to complete the stage in as fast a time as possible. 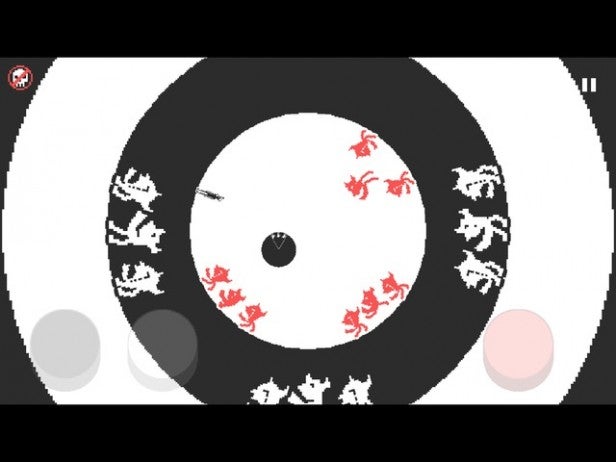 When all the elements come together, Circa Infinity really is something to behold and the buzz generated by completing a successful run is akin to flying by the seat of your pants on an arcade cabinet of old. Though the idea behind the game seems to have come straight out of left field (Circa Infinity thankfully not conceited enough to try and wrap play around any kind of convoluted plot), in practice it couldn’t be easier to grasp, leading to the kind of gameplay that can grab anyone in seconds, even if they don’t fully get on top of what they’re tasked with doing until some time later.

That’s a very difficult balance to master, and developer Kenny Sun deserves much praise for finding the fruitful middle ground between producing something designed around instinct and reaction times without alienating those of us whose brains tick over at a slightly slower rate. Is it perfect? Well, no, in part due to the repetitive nature of play and also due to some less than perfect controls; though the virtual buttons are responsive and never trigger your downfall, equally they never feel entirely intuitive and it’s hard not to feel a looser, but still touch based approach wouldn’t suit play better. 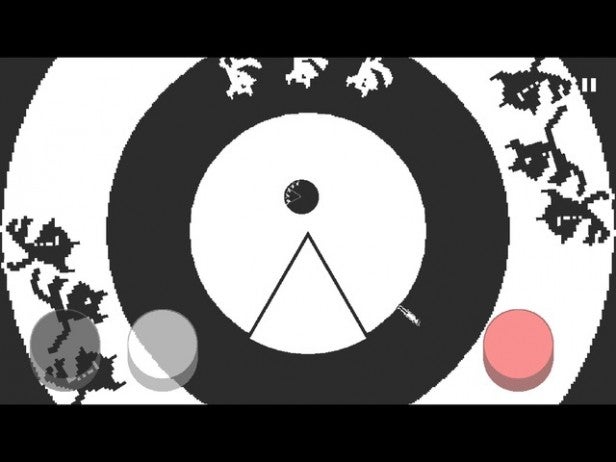 Nevertheless, in the broad scheme of things these are minor details, with Circa Infinity standing a prime example of edge-of-your-seat arcade style goodness on iOS. You may have little idea why you’re darting between circles while being chased by a pack of lions, but this is the kind of experience where you’re more than happy to watch sense take a back seat and watch their world go into a spin.

Verdict
Slightly bonkers but rather addictive with it, Circa Infinity’s juxtaposition of running and jumping touches base with all the best arcade games, managing to offer an experience that’s easy to pick up without being a pushover to complete. This is one game you won’t mind getting stuck going round in circles with.