The Fury Nano is a high-end card designed to handle 1080p and 1440p gameplay without breaking a sweat, and it’s also able to get through some games at 4K.

In the 1080p Battlefield 4 benchmark, the Chillblast whizzed through at 88fps, and it dominated the Crysis 3 test at 92fps. Both of those scores are excellent: the Alienware X51 is the quickest rival around, but the version I tested managed 38fps and 33fps in those games.

The Chillblast averaged 60fps in Battlefield 4 and Crysis 3 at 1440p. It then performed reasonably well in 4K tests: in Battlefield its 32fps average is playable; and in Middle-earth: Shadow of Mordor it was even better, with an average of 45fps. Crysis 3 is tougher, and at 4K the Chillblast scored 27fps – only a few settings tweaks away from a playable framerate.

The Nano’s synthetic tests were similarly dominant. Its 3DMark: Fire Strike score of 12,318 is superb. The Alienware X51 could manage only 4,972.

The overclocked Core i7 processor was dominant. Its PCMark 7 result of 8,288 was more than twice as quick as the Alienware and Syber systems, and its Cinebench result of 1,005 points is also excellent. There’s enough grunt here to swat aside almost any application and to avoid the processor causing bottlenecks in games. 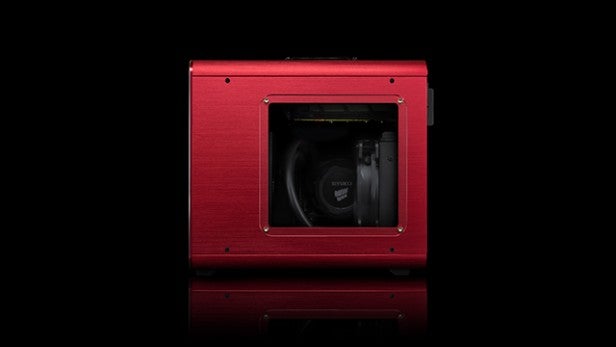 The Samsung M.2 SSD is an impressive performer. It zipped through sequential read and write tests at 1,764MB/sec and 1,196MB/sec – about as fast as consumer drives get right now, and several times quicker than SATA-based SSDs. Games load swiftly, and the system boots in less than 20 seconds.

The Fury’s heat and noise output was pleasing. When idling and handling less intensive tasks, the Chillblast was barely audible. During high-end games, the output wasn’t much worse – there was a little more noise from the fans and some quiet, high-pitched capacitor whine from the Nano, but that was it. If you have a game running on TV speakers, the PC isn’t audible – a better bill of health than the noisy, modulating Syber.

It was at 100% load that the system suffered the poorest thermal performance. Here the Core i7 chip topped out at 95 degrees, which is only a few degrees short of the chip’s thermal limit. However, this will be a concern only if you’ll be running the system at full pelt for long periods.

The model tested here is based around a Core i7 processor, but there are other options for those who deem this machine’s £1,655 price a little steep.

Dropping down to a Core i5-6600K processor reduces the price to £1,500. Changes to the storage configuration can be made too – the M.2 SSD can be replaced with conventional drives to save money, or additional products can be added for more space. That’s it, though: due to the compact form factor, the motherboard, memory and graphics card can’t be altered.

The Fusion comes with Chillblast’s standard warranty, which is a five-year deal that includes two years of parts, labour and collect-and-return service.

This a far more generous deal than that supplied with the Syber, whose three years of coverage comes with two years of parts protection. The Alienware machines just have one-year RTB deals.

Note that there are a couple of minor areas where the Chillblast falls behind. The first is software: it’s loaded with Windows 10 on arrival, which is fine, but there’s no sign of the various bespoke apps used by the Alienware systems. It also doesn’t boot into Steam Big Picture mode, which is how the Syber machine arrives.

The Fusion also doesn’t come with any accessories. That’s the same situation as the Alienware X51, but the Syber arrives with a Logitech gamepad and a mini-keyboard with a touchpad. 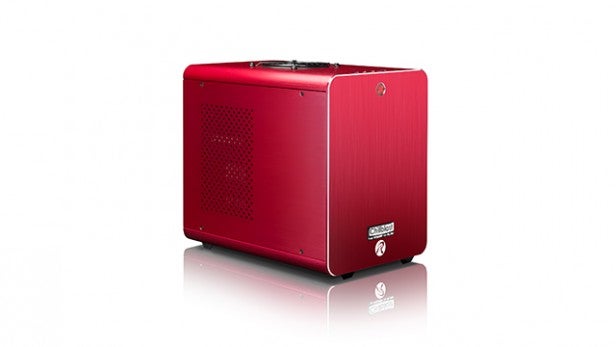 Should I Buy the Chillblast Fusion Fury Nano?

There’s increasing competition for living-room PCs, and the Fusion Fury Nano ends up at the top of the heap in most categories. It has enough grunt to handle any game at 1440p and many titles at 4K, and its design, build quality and other components are all top-notch. Understandably, though, this kind of high-end machine commands a high price.

Rival machines might not have the versatility or keen design, but they’re far cheaper. The Alienware X51 tops out at £1,049, and the most expensive Syber machine costs £1,145. Both also have several more affordable specifications.

Those machines don’t have the power or panache of the Chillblast, but they’ll all handle 1080p gaming, which is an important consideration for a living-room system.

That leaves the Fusion Fury as a powerful, quiet and well-made PC that’s only suitable for the more luxurious living rooms.

The Fusion Fury provides more gaming power than any other system with this form factor, but it’s only viable for those searching for a particularly opulent living-room machine.