Available on Xbox 360, Xbox One, PS3, PS4 (reviewed), PC, Wii U
Child of Light is a game made by artists, where nostalgia is the overwhelming mood. It’s a game that harks back to the glory days of 2D graphics, and to an era when Square Enix was producing some of its finest RPGs.

It’s not hard to spot the influences – a little early Final Fantasy, some Zelda, a spot of Chrono Trigger, Secret of Mana and Enix’s Actraiser – but it’s not in any way limited by them. Ubisoft’s arthouse gaming effort is both a European take on a Japanese style, and an attempt to retool that style for modern players.

It’s the tale of Aurora, a high-spirited princess bereaved of her mother who, underneath mysterious circumstances, dies and reawakens in the strange, dark land of Lemuria. All Aurora wants to do is return to her grief-stricken father, but to do so she must first complete a mission: recover the sun, moon and stars that have been stolen from the sky by the wicked queen of the night.

It’s no surprise that this journey will take her to some strange people and some equally strange places, or that she might meet some more familiar faces on the way. What might surprise you is how cleverly and elegantly it’s all been made.

It’s the graphics that make the biggest first impression. Child of Light uses the same UbiArt framework as last year’s Rayman Legends, and the team has built with it a stunning fairy-tale landscape and characters that look like old Japanese RPG character studies bought to life.

The crisp HD graphics help – each line and texture is incredibly crisp – but it’s also sold by the lighting and the animation. Watch your young heroine’s scarlet hair drift in response to every breeze or motion, or the way bigger monsters lumber into action, and it’s both weirdly dream-like and hugely atmospheric, and what you would hope a classic JRPG might look like if made with modern tech.

The next thing that might hit you is the style of gameplay. Don’t be confused: it might look like a platformer, but it’s really an RPG. Sure, you run, jump and eventually fly from platform to platform, and you’ll find the odd fireball or spike that has to be avoided, but in general what platforming bits there are simply form the journey from one event or encounter to the next.

The meat of the game is the same as any other RPG: combat and character development. What’s more, it’s party-based, not individual, and that combat has a proper old-school, turn-based flavour. 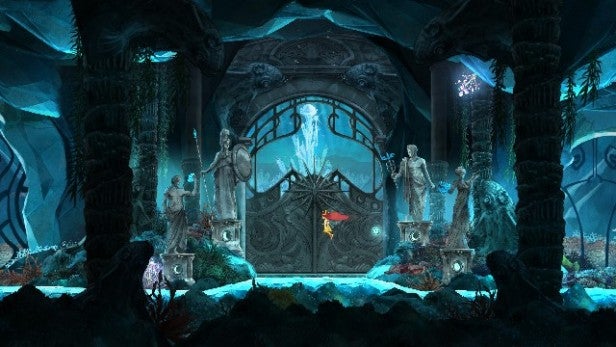 There are echoes of Final Fantasy in the time-based battles. Aurora and/or her team-mates and enemies each take turns to strike a blow or defend, but when they do so in the turn depends on their position on a time-gauge, with icons that slowly travel up its length. When they hit the ‘Cast’ section they can choose an action, and when they hit the end of the bar that action is carried out. Then you must return to the start of the bar to await the next turn.

At first it all seems easy, but get hit by a monster while you’re in the casting phase and you can be interrupted, in which case that character is sent back to the start of the time. As a result, you need to think carefully about when you attack and when you defend, and what attacks you run with when you hit the casting phase.

It also makes perks and abilities that speed up your progress or prevent interruptions really useful; they can be key to defeating multiple opponents, or keeping the hits rolling on a single, hard boss. Plus, with only two members of your party taking part at any time, but with the option to swap characters in and out almost at will, you have to think carefully about the mix and balance of capabilities.

Throw in monsters that are more or less vulnerable to specific types of attack and you have a fantastic system; deceptively simple, yet full of nuance. 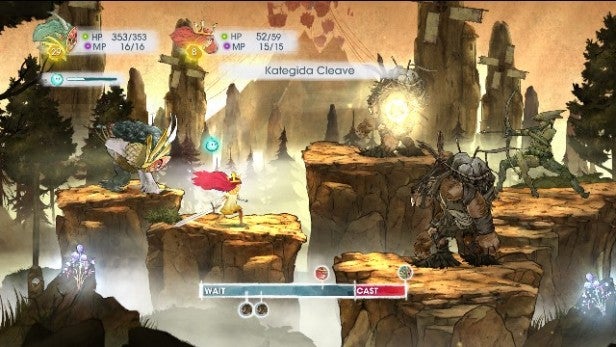 The same goes for character development. As you fight you gain XP and as you gain XP you level up, boosting key attributes and giving you skill points. Each character has a screen with a number of skill paths they can follow, adding more attacks or spells or giving you the same in boosted forms, or adding further bonuses to health, magic points or defence. It’s a flexible system, but still very easy to follow.

While Child of Light doesn’t have weapons or armour as such, it still has a system of jewels that boost your offensive and defensive capabilities, and even a crafting system that combines jewels of the same basic type to create new ones with different powers.

The final point to mention is the role of Igniculus the firefly. Controlled with the second analogue stick, he’s an in-game helper, knocking glowing plants to release health and magic-boosting lights, and using his glow to unlock certain treasure chests or control mechanisms. He even finds a central role in the game’s sporadic puzzles.

Most importantly, Igniculus plays a useful role in combat. Hover him over a monster and activate his glow and he makes the poor light-sensitive beasties cower for a while, slowing down their time gauge progress. Used intelligently, Igniculus can mean the difference between victory and defeat in vital battles.

There’s also an option to control him with a second controller, giving parents a nice way to help and get involved while their offspring enjoy this family-friendly adventure. 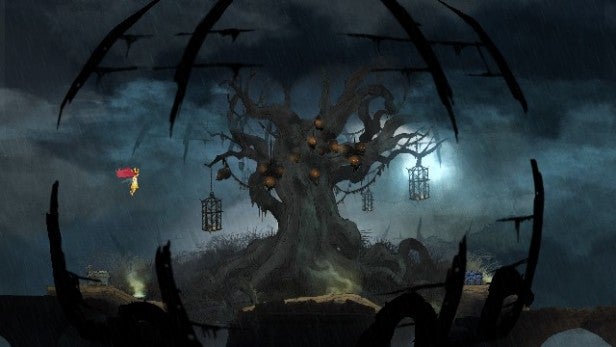 Child of Light isn’t a flawless triumph. It’s a little too linear, too short and too lightweight to go up there with the greats – and possibly a little too easy. There’s not an awful lot of variety in your enemies, or in the attacks you use when you’re up against them, and it’s eventually possible to max out your characters rather than opt for one play style over another.

It’s also not a game of deep emotions, and the use of rhyming couplets in the dialogue would be more of a strength if the couplets themselves were wittier or better crafted.

Yet at the same time it’s engaging and effortlessly charming – and it really does capture something of the magic of those classic RPGs. While we love our dark and gritty takes on fantasy, there’s something special about a game that’s so happy to explore the language of the fairy tale, evoke warm, fuzzy feelings of nostalgia or push for strange characters and knockabout laughs.

It’s not quirky for quirky’s sake, but quirky because that’s the kind of tale it is. This only makes you love it all the more.

Verdict
A lovable combination of classic Japanese RPG adventure and European folklore, dressed to look like a gorgeous, hand-painted platform game. It’s a little too slight for classic status, but it still has some of the old magic and mystery of the nineties Square Enix greats. It’s superb value for a download title, and unmissable whether or not you played and loved its inspirations.